When, in 1993, Kurt Cobain introduced “About A Girl” (by-far Bleach‘s most enduring song in the popular consciousness), he remarked simply, “This is off our first record. Most people don’t own it.” It’s a bit of that typical Cobain brand of dry, self-deprecating humor that his songwriting is known for and that, of course, sells Bleach way, way short. Sure, Bleach is by-far Nirvana’s least-listened-to record, and relative to the back-to-back blockbusters of Nevermind and In Utero (not to mention the 5 million copies sold of the MTV Unplugged in New York release that captured that Cobain moment for posterity), Bleach‘s chart performance is nothing special. But relative to some of the best-selling records of the ’90s, it’s not hard to look minuscule. Cobain knew it, too; by ’93, Bleach was already elbows-deep in its lucrative 1992 reissue. Let’s not forget that Bleach is still the best-selling album released on the Sub Pop label to date. I’m not sure if that was true in 1993 as well, but surely Cobain was still aware that he wasn’t talking about some obscure record store deep-dive at this point.

I bring all this up because this incident demonstrates what might have been the defining conflict within Nirvana’s brief run and without a doubt the biggest part of the contemporary narrative surrounding Bleach: that of the ultimately futile desperation to remain true to the underground ideals of uncompromising noise and anti-commercial stances while becoming one of the most commercially successful bands in the United States. Bleach, the scrappy, noisy, and slightly uncommercial (and definitely so in 1989) debut that cost less than $3000 to produce represents the last cultural moment when Nirvana could reasonably be considered anything close to a pure manifestation of the underground ideals that the group (and especially Cobain) aspired to. So it’s no surprise that Cobain (and his more intense fandom) would look back at this release with something of underdog-tinged fondness. This is the pure Nirvana, before the fame, the money, the MTV, the big-studio production, the so-called poseur mainstream fans. The fact that it’s a very good record no doubt helps.

It really is quite good, especially in the early goings. “Blew,” the lead-off track, is menacing and beautiful in equal measure, and a few songs later, “School” shows off one of Nirvana’s best early examples of lyrical simplicity as symbolically weighted sloganeering, with the anthemic “no recess” of the chorus echoing savagely over the crunchy, almost heavy metal riffs and brutal drumming. Further into the record reside more great cuts, most notably “Negative Creep,” featuring an uncharacteristically guttural vocal delivery from Cobain and the thoroughly unsettling “daddy’s little girl ain’t a girl no more” refrain. It’s all very brutal, very rough, very underground. Nirvana was never a cuddly band, but there’s still something inspiring about just how un-cuddly they could get, Bleach being Exhibit A.

That said, it’s possible to be a bit too scrappy, and Bleach crosses that line a few time, especially in its latter half, which is far too sludgy for its own good. Songs fall apart like meat slow-cooked under the band’s intense instrumental and emotional heat, and the last few tracks, though admirable for their sonic ferocity, don’t have much shape to remember them by. Nirvana’s ongoing reputation (and what generally sets them apart from even their talented Seattle peers) has a lot to do with the way the band was able to balance hardcore and experimental impulses with a rich ear for the history of pop melodicism, evoking comparisons to The Beatles as often as the ’80s underground. The least approachable and ultimately most amateur moments on the record are when the hardcore is winning.

Which is why any discussion of Bleach is always going to circle back around to “About A Girl.” In the best and most melodically direct song on the album, the band forecasts both its impending commercial success and future artistic heights: “About A Girl” has an undeniability to it, the momentary clearing of the band’s primordial fog to reveal the improbable but inescapable fate of any band this good at both pushing sonic barriers and writing hooks: these boys were going places. It’s the fundamental tragedy to that underground-vs.-mainstream conflict that defined so much of the group, the fact that, as good as the band was at abstracted instrumental fury, they were every bit better at imbuing that noise with accessibility. The fact of the matter is that Cobain’s skill as a songwriter grew in proportion to how closely producers pushed the band’s sound toward cleaner production. That’s not to say that Nirvana wasn’t also a fantastic band at being weird and noisy (they are!). But it’s still striking just how much better and more distinctive they got as they edged toward pure pop. Ragged production and abstraction often work best when presented with the counterpoint of nimble tunefulness. The distinction of one over the other is, ultimately, unhelpful in this kind of music. But it’s a distinction with a remarkable gravitational pull. 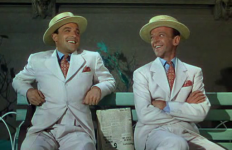