In 1981, season 10 episode 2 of M*A*S*H featured an already-thirty-year-old Joe Pantoliano as a wounded soldier coming through the 4077 claiming to be Josh Levin—who will not be returning to the front but will be going home. It later turns out that Josh Levin is really Gerald Mullen. Levin was killed. Mullen took his papers so he could get out of Korea. The episode is largely about Mulcahy’s figuring out what to do about this, especially since he was told under the seal of the confessional. But this is hardly the first version of the plot; the story of Martin Guerre is long, complicated, and nonfiction, at least in theory.

Some stories are recycled. This is not exactly a hot take, of course. Few of Shakespeare’s plots were original. “Adapted Screenplay” is a category for a reason. But it can be interesting to track stories back to their oldest possible version. (In fact, a B-plot on that same episode of M*A*S*H can take similar tracing.) Sometimes, as with Mullen, you can trace them to a historical incident—Levin seems to have been a lot nicer than Martin Guerre, and Levin’s family would have been much sadder to never see him—and sometimes, you just find what appears to be the earliest example of the story.

How the stories are told can change, too. Obviously, M*A*S*H will be from a different perspective than every version of the Martin Guerre story, because that’s told from the people at home, and this is a priest with no previous connection to either. But sometimes, it’s as much that times have changed and attitudes with them. In Snuff, Sir Terry Pratchett played around with some Austen tropes and pointed out that there’s no reason for the women in them to just sit around and wait to get married.

I’m not sure I agree with the idea that there are only seven plots—that seems to break everything down much farther than the way we really tell stories. What definitely is true is that we retell things. Probably you could trace the Stranger Comes To Town And Rescues The People From A Threat story back thousands of years, and in the modern day, you get such disparate stories as Support Your Local Sheriff and Seven Samurai from the same concept. All modern detective tropes are said to trace back no further than “Murders on the Rue Morgue.” And while Scientists Dabbling In What Men Should Not Know is referred to these days as a Frankenstein story, Mary Shelley herself used the subtitle “A Modern Prometheus.”

And if you see Joey Pants earnestly telling Father Mulcahy that he can’t stand to go back up to the front, you can then trace it to Martin Guerre or maybe even earlier; Martin Guerre is both famous and historically documented, but of course the distinction in his story is that he was a commoner pretending to be a commoner, not a pretender to a throne. (Or perhaps the real Martin Guerre; the story is fascinating and complex.) It wouldn’t be at all surprising to find earlier examples of someone wanting to be someone else in a slightly better situation, even if that person isn’t royal.

Make my situation slightly better by supporting my Patreon or Ko-fi! 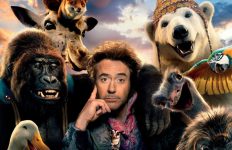