(Region 2 Roundup takes a look at the Blu-Rays and DVDs coming out in the UK and elsewhere. Unless otherwise noted, you can safely assume that this discs are Region B and can only be played on region-free players.)

Before they became new cinematic geniuses, before they became overrated hacks, and definitely before they became underrated auteurs making the weirdest movies on the biggest budgets, the Wachowskis made one hell of a first impression with the neo-noir Bound, now available on Blu-Ray from Arrow Video. A movie which has and will be sold to countless generations with the promise of “Gina Gershon and Jennifer Tilly have sex”, it’s got more on its mind than lesbian hijinks, following Violet (Tilly) and Corky (Gershon) as they conspire to rob Violet’s mafia boyfriend Caesar (Joe Pantoliano) out of $2 million. Naturally, things don’t go exactly as planned (this is noir, after all). An impressive debut to say the least, Bound remains high on the list of the best things the Wachowskis have done to date. And despite this, it’s had something of a troubled history on home video before. The old Republic DVD looked like ass but had a great commentary with the Wachowskis, Gershon, Tilly, Pantoliano, editor Zach Staenberg, and consultant Susie Bright. The Olive Blu-Ray looked a lot better, but didn’t have extras or even lossless audio (which by this point should be the equivalent of “interactive menus” for Blu-Ray). This Arrow release looks great as well, and it’s got uncompressed sound. It’s also got that old commentary, new interviews with Gershon, Tilly, Pantoliano, Christopher Meloni, Staenberg, DoP Bill Pope, and composter Don Davis, plus other assorted goodies. If you have a region-free player, this is by far the best way to go if you want to own this movie. Very highly recommended.

The Wachowskis are known for making things called “motion pictures”, as is our next featured director F.W. Murnau (now that’s a segue). His final film made in his native Germany, Faust is now available on Blu-Ray from Masters of Cinema. A remix of the Faust legend that soars with impressive special effects, it tells the tale of Mephisto (Emil Jannings), who bets an angel that he can corrupt the soul of the elderly professor Faust. To accomplish this, he unleashes a plague on Faust’s town, causing him to renounce God and take a few cues from Satan instead. This story allows Murnau to go wild with his bag of cinematic techniques, and the end result is one of the pinnacles of silent cinema. Murnau shot multiple takes of each scene, took the best ones, and compiled them in the German cut of the film. Included with MoC’s release is that cut and the “Export cut” of the film, with lesser takes. The disc looks stunning, up there with the best transfers of any film of this vintage. MoC also includes a commentary with critics David Ehrenstein and Bill Krohn, a piece by Tony Rayns about the film, two scores for the film, a video comparison of the two cuts, and a 53-minute documentary on the film, complete with another excellent MoC booklet. Very highly recommended. 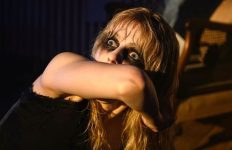 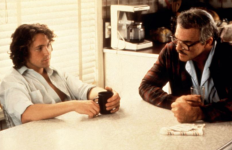