Browse: Home / Time of Your Life: DEATH OF A CHEERLEADER

Megan Abbott, Gillian Flynn, and Laura Lippman did a panel at the Key West Literary Seminar in which they discussed Lifetime movies–especially of the true crime variety–with great knowledge and enthusiasm.  They argued, in short, that the best of these films provide complex, multifaceted roles for actresses (including actresses who have aged out of Hollywood’s narrow spectrum of female roles) and are often based on high-quality journalism.  They may be cheesy, but they’re among the few films that take a serious look at the wacky and morbid and find the tragedy and universally human there.  Abbott et al’s passion was persuasive, so I’m doing a series on some of these films.  We kick off with Death of a Cheerleader (1994), also known as A Friend to Die For, one of the films the panel enthusiastically recommended.

Death of a Cheerleader is based on the murder of Kirsten Costas; the film pointedly changes her name to Stacey Lockwood, a presumed escapee from Sweet Valley High. Stacey (Tori Spelling) is blonde, bitchy, and cold, the queen bee of every high school movie. The film doesn’t give her much more complexity than that–she’s cruel, and her cruelty is accepted as part of the status quo. What nuance she has is implied by her youth. Her meanness is genuine but childish: she’s not a larger-than-life sadist but someone who insults your clothes and reads your diary to her friends when you’re out of the room. She’s capable of politeness and charm, especially with adults, who aren’t part of her own competitive ecosystem; she’s a social creature, outraged by social transgressions, by “weirdness” and the eternal sin of trying too hard. (Her foil is the likewise flat Monica, the Goth girl who is her most common target, whose rejection of the norm is as carefully maintained as Stacey’s embrace of it.) If she’s not especially well-developed, she’s at least internally consistent.

The film’s focus, however, is not Stacey but her killer, Angela Delvecchio (Kellie Martin). The real Angela was Bernadette Protti, so here the movie’s keeping the “ethnic” surname, emphasizing Angela’s place outside of the upper-class WASP enclaves at the same time as it ensconces Stacey firmly inside it, a reasonable artistic choice and a more questionable moral one.

Angela is always just slightly out of step with the popular crowd. The costume design choices highlight that with an obviousness and consistency that become kind of endearing–everyone else wears shades of blue and Angela wanders through frame after frame in red and pink, standing out like a sore thumb.

But the key of the film, for me, is that it ultimately sells Angela not as an outcast but as a prominent also-ran. She’s not downtrodden or bullied, she’s just unable to be a shining emblem of perfection and achievement. She tries out for cheerleader and doesn’t make it, sure, but she becomes one of the Larks, an elite and exclusive “service club,” boosting her into the upper echelons of the school’s society. She has friends. Jamie, her slightly more glamorous friend from their old Catholic school, has the opportunity to snub her and instead actively recruits her into her own new circles, so she’s hardly suffering from continuous slights. She’s from a “poor” family, but it’s really more of a middle-class family in an upper-class town; she can’t easily afford skis, but she doesn’t want for anything. Her family is loving and supportive–and even, she finds out later, forgiving of her social climbing urges that make her ashamed of them.

It’s this nuance that makes the movie work. When Angela kills Stacey, it’s not the outburst of a girl who can’t take anymore, it’s the impulsive action of a girl who, obsessed with the inadequacy of her ordinarily good social status, can’t stand to lose it. She’s sympathetic but not pitiable. The movie is a sympathetic take on her–and follows the general outline of her own story about the crime–but it still makes her crime a natural outgrowth of her own actions and inclinations rather than something that’s just forced onto her by Stacey’s cruelty. It raises the issue of the complexity of responsibility–the way the social structure of the community pushes perfection, the viciousness of high school–but never goes so far as to make things, to quote Little Dorrit, “nobody’s fault.”

The film rounds out its world with other memorable characters–you can’t have a socially motivated crime without a society, and Death of a Cheerleader gives us one. Mrs. Delvecchio (Valerie Harper) has to read her daughter’s heartfelt confession, and her own pain and confusion and grief show clearly. Her moral choice to neither abandon nor excuse her daughter is a significant one–she supports her throughout her confession and trial. Jamie (Marley Shelton) has her own arc and is later forced to question the little ways in which she supported the bullying Angela feared would fall on her; she has to figure out what the rest of her life is going to look like on the other side of this crime and her intimate acquaintance with it. She returns to Catholic school, ultimately–this isn’t really a religious film, even implicitly, but it’s one that pays attention to the foundational views of its characters and their own ways of thinking about the world. If Angela was a good Catholic girl tempted by worldliness, Jamie is the one who is able to step away and decide that the world has been too much with her, that she’s been swept into a value system she doesn’t want. Principal Ed Saxe (Terry O’Quinn–I know, I was surprised too) refuses to confront anything and instead retreats into cheeriness, denying Angela’s social context completely, pretending the murder is an isolated event. He’ll go on, just as the jogger bookending the film will go on. Nice places to live, the film hammers in, are like winners–they always go on, convinced of their own niceness, drawn always to achievement and never to reflection.

The value of losing, then, maybe that it leads people to self-knowledge. The only characters in Death of a Cheerleader who look inward are those who know themselves to be lost. Angela never does it until she writes her confessional letter to her mother, accepting that she’s done something terrible, that she’s going away. If she could have accepted loss earlier–if she’d kept a diary, like Monica–Stacey Lockhart might have lived.

Actually a Lifetime movie?: Alas, no. This one originally aired on NBC, but it’s played on Lifetime many times since then. And is currently available free with Amazon Prime. 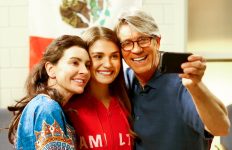 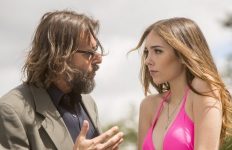