20 years ago today, Siskel & Ebert had a remarkably big show for a late-September weekend. They start the show off by reviewing Paul Verhoeven’s Showgirls, and, as with the rest of society at the time, they were not big fans of it. Roger likes it more than Gene (and pretty much everyone else who reviewed it at the time), criticizing its simplistic, old-hat story (and saying that it greatly paled in comparison to another Las Vegas film he watched at around the same time, Leaving Las Vegas), but admitting that he wasn’t bored during it, enjoying some of the backstage details and laughing at some of the dialogue. Gene didn’t even go that far, noting that there wasn’t an original bone in this movie’s body. Gene and Roger come together at the end of the review to bemoan screenwriter Joe Eszterhas’ unwillingness to go all the way with the NC-17 rating, as well as the throughline of “women are crazy bitches” in his films. From that to another major flop (although one with little of Showgirls‘ notoriety), they both don’t like Michael Moore’s Canadian Bacon, not having much to say about it besides it just not being very funny.

It takes them until after the first commercial break to get to a good movie (although that’s depending on how you view Showgirls), and it’s David Fincher’s Seven. Roger praises it as a “very good movie”, and notes that he was surprisingly involved in it as a result of the film’s look and atmosphere. He warns viewers several times about the film’s violence and says that, with an R rating, it’s much more intense than the NC-17-rated Showgirls. Gene really liked it as well, although he wonders if the film needed to be as graphic and grotesque as it was when it already had such a winning screenplay and great, unforced chemistry between Morgan Freeman and Brad Pitt (Roger disagrees, feeling the violence was needed to fully convey the film’s descent into pure evil).

From there, we get a review of Peter Yates’ Irish coming-of-age tale The Run of the Country, where an 18-year-old falls in love with a girl on the other side of divided Ireland against his father (Albert Finney)’s wishes. Gene liked it a lot, but Roger felt that it didn’t quite hit the mark, with his main complaints being about Albert Finney’s character, who he feels jarringly shifts between being unreasonable and mean and sweet and loving throughout the film, and about the film’s use of lighter moments, which he feels didn’t work next to the darker elements of the story. Gene doesn’t really argue with Roger on the points, only emphasizing how much he enjoyed the film’s story of the boy growing to understand the adult world.

The last new release reviewed on the show, and a nice palette cleanser after the graphicness of some of the titles reviewed, is A Month by the Lake, a light romantic comedy starring Vanessa Redgrave and Edward Fox as a pair of stubborn Brits in Italy who almost fall in love but can’t quite find a way to connect to each other. Gene and Roger both found it to be very funny (Roger in particular loved a scene where Redgrave plays tennis).

Gene picks this week’s Video Pick, and it’s the underseen dark comedy Funny Bones, about a stand-up comic (Oliver Platt) coming to terms with his overbearing, joke-stealing father (Jerry Lewis). Gene and Roger end the show with a tribute to Orville Redenbacher, who died a few days before the show, noting that he was more than just a cute TV spokesperson, but an actual scientist whose brand kept the popcorn industry alive. 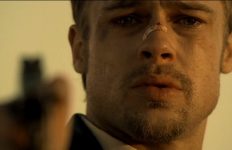 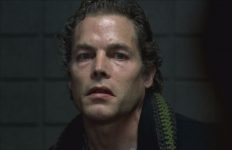 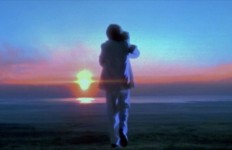