An antagonist in literature is not, in fact, a villain. An antagonist is one who stands in opposition to the protagonist, which is, admittedly, usually the villain. Especially in a superhero story, where you are quite literally dealing with people whose role in the story is “hero” and “villain.” However, this is how you get things like the current “no real villains” trend in Disney—King Candy doesn’t give a damn if Ralph wins a medal or not, really, and the problem in the story simply does not require an antagonist to make sense. All of which is fine. But it does mean that Tony Stark is as likely to be the antagonist of MCU movies as he is the hero.

Tony’s problem is that he had a father for whom he was never good enough and a mother who was trying to make it up to him. Anyway, that’s how the MCU seems to see it. When we first see him, there is no antagonist to his story because he doesn’t want anything. At least, he doesn’t want anything that he doesn’t have. He doesn’t care about the direction his company is going. He does what he wants. The first antagonist in what would become the series is simply someone for whom Tony is in the way. When we first see Tony, he isn’t going forward, so it’s arguable that it’s impossible for anyone to oppose that.

As the series progresses, though, we discover that Tony has another personality trait that will become relevant. Namely that he is single-minded. If you don’t see things exactly Tony’s way, he sees you as being in his way. You don’t like his getting drunk and dancing around in the Iron Man armor? Well, that sounds like a you problem. Maybe it’s a good idea to give your home address to the world when someone is known to be trying to kill you; why wouldn’t that be a good idea? No one has successfully told Tony no since his father died, it seems, and he’s out of the habit of respecting it.

Tony is as smart as he thinks he is. No question. There’s a lot that Tony does that proves he really is extremely intelligent. Building the suit, for example. In a cave, box of scraps, et cetera. True enough. Building Ultron. Discovering time travel and figuring out the time heist. Honestly, we’ve seen a whole lot of things that are implied to have happened between movies and before the movies and so forth shows his intelligence. The technology that lets him present his pretty ‘80s self is impressive.

Where Tony fails is wisdom. Tony doesn’t do foresight. Tony has no brakes, and the one person who could have been someone he’d listen to and respect turned out to be, you know, a villain who tried repeatedly to kill him. Pepper Potts couldn’t do that, because she was an employee. Even when they changed their relationship, he wasn’t used to listening to her as an equal and tended to override her if he felt that was the thing he should be doing in the moment. Rhodey was a friend, but he couldn’t be Tony’s brakes. No one could, and Tony needed brakes.

Without them, he’d get into things like creating an artificial intelligence that decides that the problem with Earth is its human population. He would trust Thunderbolt Ross to have a rational opinion on superheroes. He will give another extremely intelligent orphaned teenager basically no oversight, and he’s just lucky that he chose a teenager with people able to prevent him from making stupid mistakes of the sort that Tony did, and let’s be real that the guy got into the most trouble when he didn’t have someone willing to tell him he was in over his head. As Tony never had anyone telling him he was in over his head.

Not everything that went wrong in the MCU before the events of Avengers: Endgame can be said to be Tony’s fault. Tony’s problem was one of ego, but you can’t blame him for Ego. However, it does seem that a lot of them could have been solved more easily if Tony had a little more sense. Even when he was a protagonist, he was also holding things back from going the way he wanted them to. It takes a very special person to be both protagonist and antagonist of any given story when the plot influences countless lifeforms throughout the multiverse, but that is something Tony Stark managed.

Be a philanthropist like Tony and support my Patreon or Ko-fi! 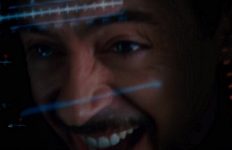 Year Of The Month: Iron Man→ 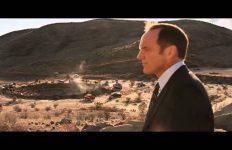