Browse: Home / What A Twist!: Spoiler Thoughts on Star Wars: The Rise of Skywalker (SPOILERS)

MASSIVE SPOILERS AHEAD FOR STAR WARS: THE RISE OF SKYWALKER AND JOJO RABBIT BELOW

Lots of the big twists in Star Wars: The Rise of Skywalker don’t sit well with me, but Kylo Ren’s redemption, as done here, especially gets worse the more I think on it.

Before we delve into Kylo in Episode IX, let’s take a moment to look at who Kylo Ren is before this. Kylo has a lot of traits common in typical Star Wars baddies, a black mask, a tortured past, characters insisting he’s actually good. Up to this point in the Sequel Trilogy of Star Wars movies, though, he’s also had a realistically grotesque quality to him that’s given him his own unique identity among Star Wars baddies. He’s introduced as the cosmic equivalent of a school shooter*, someone who slaughtered his fellow Jedi pupils at Luke’s academy and, as an adult, doesn’t hesitate to kill Max Von Sydow’s character in the opening scene of The Force Awakens.

We’ve seen Star Wars villains kill before but there’s an extra edge to the gruesomeness of Kylo, his distress is rooted in something more tangibly real than just mustache-twirling villainy. He’s the physical manifestations of both toxic masculinity and white male privilege, as seen most explicitly by how he’s able to lash out in violent tantrums without repercussion. If he wasn’t commanding The First Order, he’d probably be an incel on some Reddit forum somewhere. This already unnerving personality of his only gets creepier as he continues to exact evil deeds on others, including killing Han Solo, his father.

There are shades of interesting depth in here, like how he’s visibly crying after killing his Dad, but as these movies go on, Kylo Ren seems to be getting only more toxic and creepy to interesting effect. Even when freed of Supreme Leader Snoke, supposedly the figure who twisted him to evil in the first place, his first instinct is to go out and kill more people so that he can start anew. This instinct is followed up by a conversation to Rey about her lineage that includes a line of dialogue (“You came from nothing, you’re nothing…but not to me.”) that effectively captures the kind of possessive rhetoric used by an abusive partner. Once again, Kylo Ren channels a discernably real kind of wickedness in a story so detached from our own world.

All of that comes to a head in The Rise of Skywalker with…a tidy resolution that see’s him getting redeemed after he talks to the ghost of his father. He also gets to kiss Rey, which is immensely creepy on too many levels to count (including that he tortured her in The Force Awakens). The first female protagonist in the Star Wars movies gets to be reduced to a prize meant to indicate that evil white boys are actually good, delightfully. The strangest thing about this plot turn is that it’s not inherently a bad idea (well, Rey and Kylo kissing is), some sort of redemption for Kylo could have been done if it was more of a small-scale bit of atonement like what happened to Sam Rockwell’s character at the end of Jojo Rabbit.

Now, of course, that particular moment in that Taika Waititi movie was basically better in every way from the dialogue in the scene (Rockwell reassuring the titular lead of Jojo Rabbit that his Mom was an actually good person gets me choked up just thinking about it) to the fact that it actually felt like it was earned in the context of the plot as well as the way it tied into central theme of the emphasizing the importance of small acts of humanity that drove its overall story. By contrast, Kylo’s redemption in The Rise of Skywalker is clumsily interwoven into its own tale, it’s an abrupt about-face that’s too tidy, especially for a character that’s worked so effectively because he’s captured the chilling personalities of real-world monsters.

The only moment that really works in the execution of the redemptive Kylo subplot is the undeniably awesome bit where Rey uses Force projection powers to hand Kylo a lightsaber. Otherwise, The Rise of Skywalker could have taken a cue from other movies like Jojo Rabbit on how to use restraint and proper storytelling for moments of the atonement of reprehensible characters. As for the rest of The Rise of Skywalker (and I’ll try to keep this short since this piece has already gone on too long), well, it’s a mess. I still don’t know why General Hux dies and Kylo Ren’s redemption is secured all just over the halfway mark of the story. At this point in the story, Ren vanishes and the only baddies we’re stuck with are Palpatine and Richard E. Grant’s new officer character. Neither of them have even been mentioned in the last two movies nor have been given any satisfying emotionally connection to the protagonists in this movie.

Thus, the third act of The Rise of Skywalker is sorely lacking in dramatic stakes we can get involved in. J.J. Abrams and Chris Terrio’s script is too busy rehashing stuff from prior Star Wars movies to develop pivotal relationships between characters. Rey’s visit with a vision of an evil version of herself, a fleet of ships that are basically just Death Stars (how are we still stuck on Death Stars?), a climax cribbed almost entirely from Return of the Jedi, Palpatine being not just alive but also Rey’s grandfather and the architect of everything that happened in the last two movies (boy howdy is everything involving Palpatine a top-to-bottom terrible idea), The Rise of Skywalker is so busy bombarding you with familiar landmarks and references and it’s all just so empty. It’s like watching a rerun on TV you’ve seen countless times before.

This slavish devotion to the familiar may even have informed the bungled Kylo Ren redemption arc since it seems like Abrams and Terrio just wanted to redo the Vader redemption storyline from Return of the Jedi without contemplating first how copy-and-pasting that arc might not work with what’s already been established about Kylo Ren in the prior films. They also should have contemplated just how uncomfortable the Kylo/Rey kiss would be, I cannot stress enough how terrible that and Rey’s Palpatine lineage is. Perhaps an arc of atonement could have worked for Kylo Ren, but such an arc would require The Rise of Skywalker to have any interest in new storytelling territory. Alas, J.J. Abrams and company in full-on homage mode here and there’s no way to turn it down. The final scene where Rey returns to Luke’s Tatooine farm home, pronounces herself as “Rey Skywalker” and then watches the twin suns setting is especially an egregiously derivative conclusion, though at least it made me grateful Avengers: Endgame did not end on the same road Tony Stark got attacked on at the start of the first Iron Man movie.

*= I have been informed that some comic book indicates Kylo didn’t actually participate in this murder and I do not care one little bit. The films explicitly convey the idea that he killed the students at Luke’s Jedi academy and that’s what matters in this conversation. I shouldn’t have to read hundreds of pages of lore to make sense of character motivations. 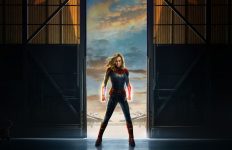 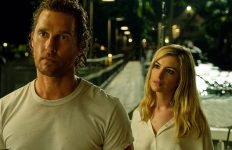 Some Thoughts On The Bonkers Spoilers of Serenity (What A Twist!)→ 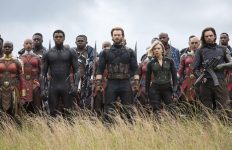 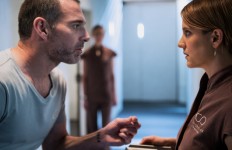 What a Twist! RESTORATION Spoiler Discussion→