Browse: Home / What Can We Learn From This Summers Blockbusters?

Another summer has almost come and gone. Technically, the summer box office doesn’t conclude until Labor Day graces our world, but unless We Are Your Friends becomes an Avatar-level box office phenomenon, I can pretty much guarantee you right now that Straight Outta Compton was the last moneymaker of this summer. In terms of summer blockbusters, there were highs and lows in terms of quality, with the more blatantly subpar projects like Terminator: Genisys and Pixels failing to lure in audiences, thank Heavens.

Today, I thought I’d take a look at this summers big action blockbusters (that means family films like Inside Out or biopic dramas like Straight Outta Compton won’t be covered in this column) and investigate the lessons future big-budget endeavors can take from this summers winners and losers.

What exactly is the first lesson to discuss? Why, I’m glad you asked! 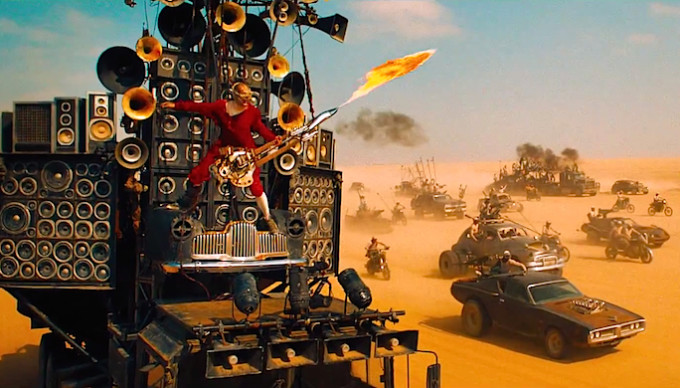 Mad Max: Fury Road strikes me as the kind of movie that should follow the classic narrative of “failed at the box office, found a following on home video” that past films like Scott Pilgrim vs. The World and John Carter followed to a tee. Instead, incredible word-of-mouth wound up giving it sturdy legs at the box office that got it past $150 million domestically. And really, why wouldn’t it have phenomenal word-of-mouth? It’s a movie that’s both fun to watch and able to not only stand up to scrutiny, but be enhanced by further analyzing it.

What was Mad Max: Fury Roads secret to achieving success? Well, the fact its got a solid story doesn’t hurt, but what really made it stand out were the action and the compelling characters in the movie who just so happened to be ladies duking it out against bad guys in the post-apocalyptic wasteland. In a summer where the “action packed” finale of Fantastic Four was practically incoherent and women are reduced to trophies in Pixels, the fact that George Miller delivered a film where thrilling combat and multiple compelling female characters waltz hand in hand is even more of an achievement than it already is. 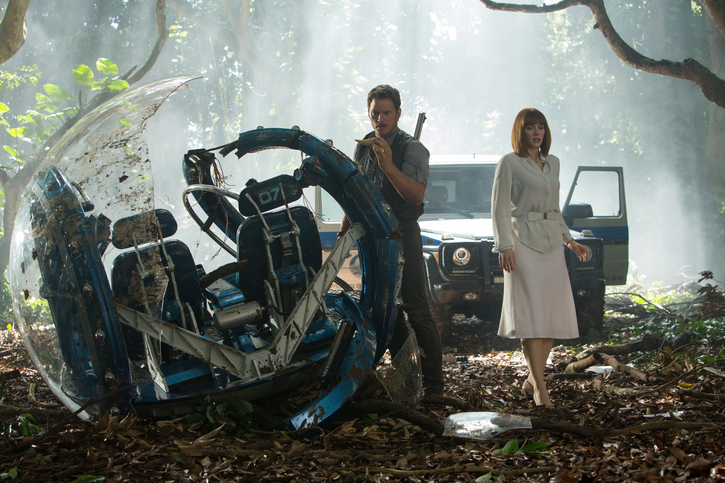 Have The Decency To Be Fun

It doesn’t require too much examination to notice Jurassic World is a flawed film, whether it’s through the surprisingly lackluster CGI (that Idominus Rex rarely ever looks like he’s truly inhabiting the movies predominately live-action environments) or some distractedly clunky dialogue. But I’ll give it this; this movie does have the decency to be diverting and even reaches to the heights of entertaining in some spots.

Is that damning the film with faint praise? Oh sure. But Jurassic World never becomes an offensively bad film and I even get why people were so enamored with it. It serves as two straight hours of nostalgia and dinosaurs, which, judging by the fact that most people around me adored the film, worked out fine for most audience members. I may not be as in love with the feature as others, but I give it props for at least creating a number of fun sequences and showing occasional bursts of ingenuity (most of that ingenuity relates to the four raptors Chris Pratt trains, a group of dinos that get more of a character arc than any of the stagnant humans in the motion picture). 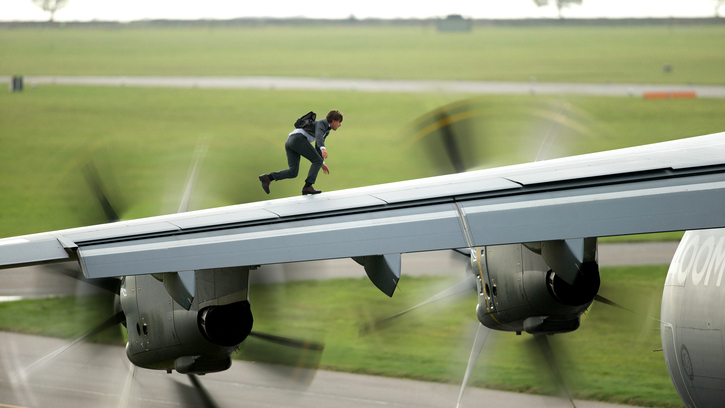 Surprise Your Audience
Numerous dangers come for films engaging sequel, the largest of which is that they’ll just end up repeating themselves into infinity. But Mission: Impossible- Rogue Nation demonstrates how to take a fifth film in a beloved franchise and retain an unwavering sense of unpredictability. Each new twist and turn that Ethan Hunt encounters in his mission is revealed in a giddy fashion that allows the sense of fun that director Christopher McQuarrie is obviously having with the film to transport over to the audience. A number of sequels in the past (and in the future, rest assured) rest on the laurels of what’s come before, but some of the most exciting moments in Rogue Nation come from the movies remarkable ability to keep the audience uncertain of what’s to come. 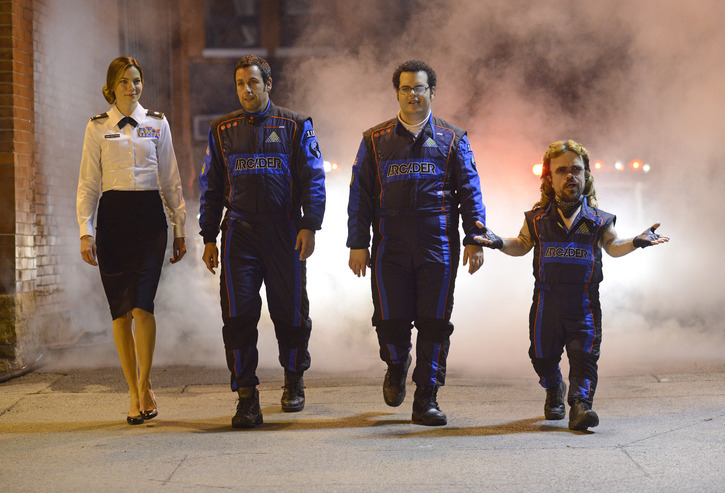 I could just fill another whole editorial focusing on the numerous foibles Pixels commits that future summer blockbusters need to avoid the plague. Some of those glaring flaws include: 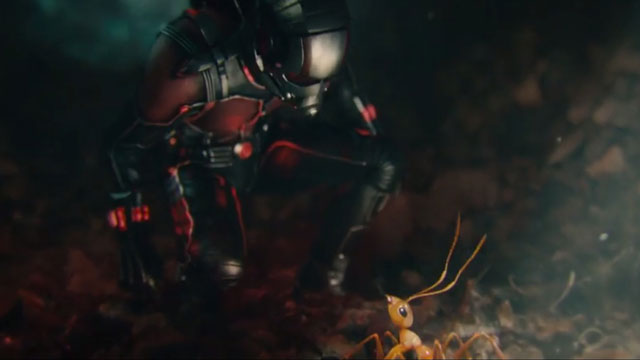 Intellectualism And Fun Are Not Mutually Exclusive Entities

Both of the films released by Disney/Marvel Studios this summer (Avengers: Age of Ultron and Ant-Man) managed to combine both the thoughtful with the fun, reminding audiences and the filmmakers behind future summer blockbusters that just because your movie has explosions doesn’t mean it can’t also have studious themes (hell, a number of past famous blockbusters like Jurassic Park and The Dark Knight also accomplish this cinematic duality).

Ant-Man makes plenty of time for Scott Lang (Paul Rudd) to use his newfound super powers to battle evildoers, but his story, as well as the arc of his mentor Hank Pym (Michael Douglas), also touch on the struggles of fatherhood. Loss and redemption are other Meanwhile, Avengers: Age of Ultron breaks down the titular team by having them grapple with their impact on the world. Some members of the team, like Tony Stark (Robert Downey Jr.) have their mistakes affect the entire world, while Clint Barton (Jeremy Renner) has his own family to look after amongst all this world-saving. 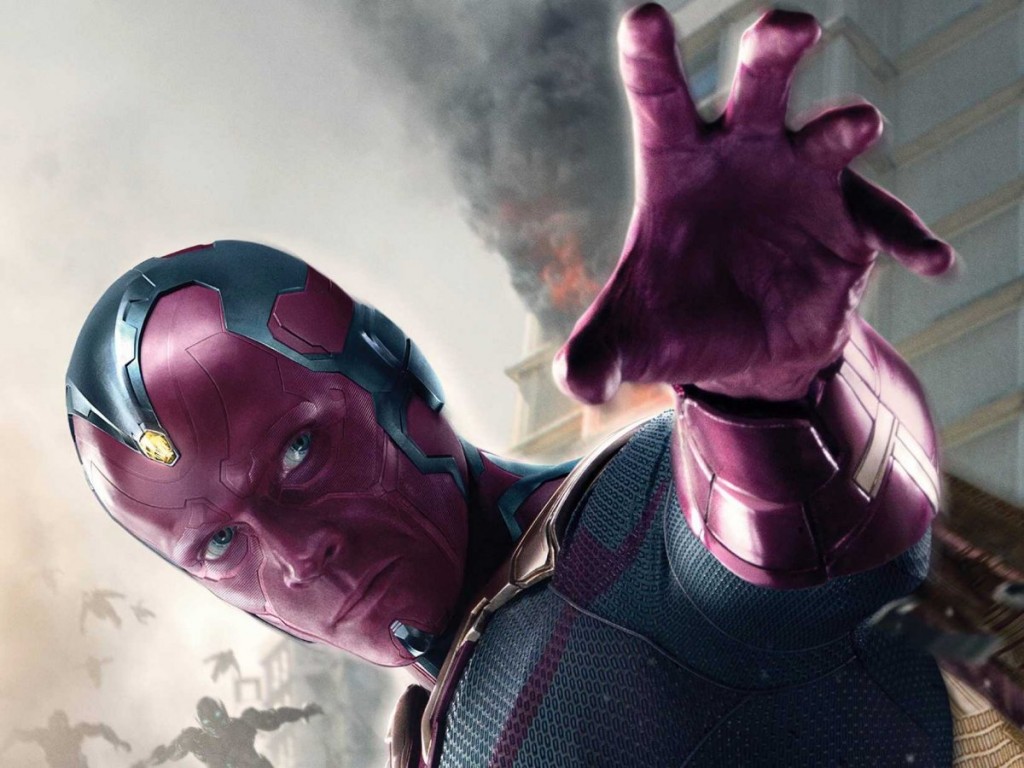 The themes of consequences and existentialism climax in my favorite scene of the entire movie, where the final clone of the films antagonist Ultron (James Spader) attempts to escape before being confronted by The Vision (Paul Bettany). Suddenly, a $279 million summer blockbuster stops for a moment to allow an android and a robot to ruminate on the fragility of existence and it’s incredible. The excellent performances from both actors (Spader delivering his lines via the magic of voice acting) is a major reason for why it works, but the writing from Joss Whedon also does wonders for the sequences.

It feels like Ultron, who notes of how humanity is doomed, is speaking all of the sort of deep questions Whedon himself has pondered over the years. And now, finally, with this movie, he has an entity as all-knowing as The Vision to answer them for him. The Vision agrees that humanity is indeed doomed (after all, aren’t we all doomed for the same fate?), but after a momentary pause, he notes that “…a thing isn’t beautiful because it lasts”. It’s such a masterfully written scene that’s a hallmark of everything Avengers: Age of Ultron does so well; it never forgets to tackle themes as big as the buildings its antagonist knocks down. Both of Marvels movies this summer show that a number of the best summer blockbuster give you something intellectual to think over as well as engrossing action sequences to enjoy.

Looking over this summer, I’m surprised at how many movies delivered this summer. Yes, the Terminator and Fantastic Four franchises are essentially laughingstocks now, but in a summer where the likes of George Miller and Joss Whedon were on the top of their game, it’s hard to feel this summer was a letdown in the slightest. As we head into the Fall of 2015 and beyond, future crafters of major blockbuster cinema should keep one notable idea in mind above all else: don’t let your action sequences become a substitute for crucial storytelling elements like characterization. Use your big-budget blockbusters as tools to tell incredible stories or bring to life thematically rich characters. It is, after all, more than possible to make a slice of top-quality cinema and a summer blockbuster one and the same; just look at some of the best blockbusters form this summer.

Oh, and don’t be Pixels. Did I mention that? 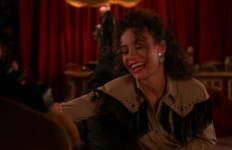 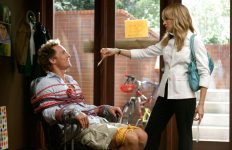