Every week, I try to post an image from a TV show or movie of someone crafting in the Dissolve’s crafting Facebook subgroup. (Imagine trying to explain that sentence to someone fifteen years ago, huh?) What I have discovered in that time is that, for some reason, the easiest craft to find images of is knitting. Okay, so searches for weaving in the movies had predictable results—and I went there one week, too. But this isn’t just the behind-the-scenes knitting of Mad Max: Fury Road, though of course I’ve gone there, too. This is the simple fact that, for the most part, when characters are shown engaging in a craft, it’s usually knitting.

Yes, there’s also sewing, but sewing tends to be seen as more practical and of course a lot of the sewing in movies is an actual plot device. Think of all the times when someone needs new clothing in the movies for whatever reason and you’ll see what I mean. I can name you two movies where curtains are unironically turned into clothing, and that’s just for starters. And, yes, knitting tended to be a Code shorthand; characters couldn’t announce pregnancies, but they sure could hold up their knitting of little booties or sweaters or what have you.

But in that same era, old maids knitted. They didn’t crochet. They didn’t do cross stitch. They definitely didn’t tat. My partner asked if you could tell the difference by eye, and you definitely can. (He didn’t mean cross stitch, which he has seen me do often enough, but mostly knitting and crocheting.) You get an older woman who’s keeping her hands busy, and she has needles in them. Even if you can’t tell what she’s making. I’ve used images from two different eras of Miss Marple.

Also with few exceptions, younger hipper women (it’s usually women) in modern media knit. Not crochet or spin or what have you. When God wanted Joan to learn a craft on Joan of Arcadia, he had her knit. (I have been unable to find stills of this, alas.) I didn’t care for the show, but I’m sure there’s at least one Portlandia sketch where someone knits. I believe there’s a character on Orange Is the New Black who crocheted, and I used that, but she may well be the only character I’ve ever found an image of crocheting.

Does this bother me because I cannot myself knit? Maybe a little, but of course I can’t crochet, either, and the weirdest thing to me is that crocheting doesn’t appear more often. (Yarn hates me.) Spinning, even with a hand-spindle, is definitely a niche hobby, and the fact that I know at least a dozen people who do it just proves the kind of circles I run in, not its popularity. Weaving is also a niche hobby, and goodness knows you can’t take your weaving on the bus with you. And I think I may know more people who spin than tat, because tatting is fiddly as hell and what are you even going to do with all that lace? At least you can knit the yarn you spin.

I’d also note that few people in media sew for pleasure. I don’t mean hand-stitch clothing, which is ridiculous and the pattern I have that talks about how you can hand-sew your yards and yards of hem is just fooling itself, so far as I’m concerned. (“Depending on the thickness of your velvet, a machine hem can look bulky and messy. Hand sewing your hem will give your garment a beautiful drape and be the perfect finish to your work. It’s also a great opportunity where you get to practice your hand stitching.”) But most people at sewing machines in the movies are doing so for plot-related reasons and not because they enjoy making clothes. Which I do.

About the only person I’ve seen whittling is Agent Cooper (also unable to find a still). Heck, people don’t even seem to sit down and draw or paint much, and that’s not a hobby that I use images of because of the difference between “art” and “craft.” I suppose one of these weeks, I’ll get to Demi Moore and Patrick Swayze in Ghost, but even the hobbies that don’t require massive amounts of equipment don’t get as much screen time as knitting. I mean, every crafter can tell you about The Stash, but you know what I mean. 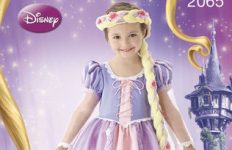 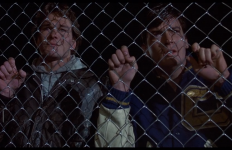 Red Dawn (Year Of The Month)→ 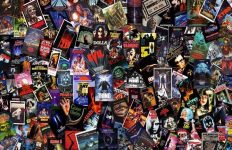