When William Goldman wrote The Princess Bride, he did so because one of his daughters wanted a story about a princess and the other wanted a story about a bride. It’s a charming story, and it’s probably even true. (Unlike the story in the introduction to the book, which is in and of itself a fine piece of fiction.) And, broadly, it is the story of young Buttercup, a girl who is chosen to marry Prince Humperdinck despite her broken heart because she is the Most Beautiful Woman In The World. It’s worth noting, though, that we’ve been covering the cast and crew of the movie, and I ran out of women almost immediately.

There are five female characters in The Princess Bride, the movie. Buttercup, of course. The first woman we see is the unnamed mother—well, the boy and his grandfather are unnamed as well, of course. Then for a long time, Buttercup and the men surrounding her. When she dreams, she dreams of an old woman yelling at her. There is Valerie. And there is the queen, who doesn’t get a name but neither does the king. And that’s it.

Behind the scenes turned out to not be enormously better. A scattering of costume designers and casting directors, but mostly men. It’s a story about a woman, at least in theory, but she is hedged about and defined by and created by men. And half the time, when men talk about loving the movie, they don’t even think about Buttercup except as how beautiful she is.

It’s true, of course, that Buttercup is given limited agency. In the book, it’s explicit—she agrees to marry Humperdinck because it is marry him or die. He will not let her just choose not to and stay on her farm. She doesn’t care if she lives or dies, so she might as well live and be decorative in Humperdinck’s castle. One of the few real failings of the script is that it doesn’t give her that chance, the chance to make her place clear. She’s trapped, but we don’t get to see quite how trapped she is.

It’s a failing, though, that I think lets a lot of guys ignore that this is theoretically a woman’s story. This is the story of how a farmer’s daughter fell in love with the farm boy, lost him, agreed to marry a prince, was abducted, found her love again, believed she lost him again, found him for good. But we see it mostly through the eyes of the abductors, the love, the prince. The book shows us more through her eyes; the movie does not.

I still love the movie. It’s a beautiful movie, and Buttercup’s story is still one worth listening to and watching. It has a great cast and crew; the people behind the scenes were all selected to be as good as they could be. And it’s true that there are not many more women in the book, though there’s the Countess and Buttercup’s mother and that parade of beautiful women in the first couple of pages and the princess who basically only appears in the abridged bits. It’s still a woman’s story that has become beloved in popular culture by men as well, and that’s something.

Be supportive of a woman in your life; consider supporting my Patreon! 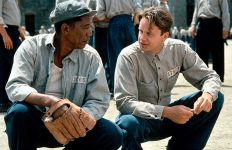