Browse: Home / Year Of The Month: Say Anything… or, “Why Say It Again?”

There are movies that reflect the time they were released, and there are movies that create the time they were released. The only thing I knew about Say Anything… was that at some point, John Cusack’s character holds up a boombox outside his girlfriend’s house in a desperate attempt to win her back. This image has enveloped its whole movie, escaped from it, and became a symbol of intense romantic teen love before evolving into a symbol of toxic male obsession as well as the destructive emotional fantasies of Eighties teen rom-coms. This is one of many movies that warped a whole generation’s perceptions of what romance should be, I’m told. Young men watched it and decided that when a girl told you no, what you had to do was double down on asking her out and try big romantic gestures that express your true love and she’ll be so bowled over that she becomes your girlfriend; young women watched it and decided that when a boy did some grand gesture, it meant he really loved her, and they spent their lives waiting for the boy who would keep doing those gestures. One of the side effects of committing so strongly to the idea that my take on pop culture is something special and unique is that when people talk about these experiences, I find myself asking: at what point do you take responsibility for your own reaction to a film?

The most interesting thing about Say Anything… is that Lloyd is not only the least important element of it, he realises this. One of the big concepts of the film is how strange it is that a good-for-nothing slacker and a preppy overachiever fall in love, but what Lloyd realises is that he wants to be a supporting player in Diane’s story. There are people out there who don’t particularly want to be good at anything, let alone the Best – they just want to get up and see somebody they love every day – and Lloyd realises he’s one of them. No, the real point of great drama is in Diane’s conflict between her new/first/only boyfriend, her father, and her personal ideals, and for a large part of the climax, Lloyd is playing third fiddle. Diane is caught in a toxic relationship with her father – she loves him and he loves her, but their respective issues (with hers caused almost entirely by him) are feeding into each other and creating an ecosystem that was always destined to collapse at some point. There are things she genuinely wants and things she did to make her father happy, and Lloyd has shaken her out of conflating the two until she’s ready to actively investigate him. Crucially, he never actually tells her to do that – she comes to the conclusion on her own.

I am Jack’s complete lack of surprise that this story was lost in favour of recreating one image, over and over. I don’t know why exactly people do that, but they do – like they can make the same thing happen again by recreating it exactly. It’s even worse in this case because – and I’m far from the first person to point this out – it doesn’t actually work in the movie, and the fact that it doesn’t work is what drives Lloyd to give up and move on. I do believe there is an extent to which popular entertainers need to be careful about the images they send out, but it seems like people will take anything you give them and use it to fuel the stories they want to tell; stories that are more often flattering and self-justifying. Is it really possible to idiot-proof a story so that doesn’t happen? Even if it is, I don’t think that’s a worthy goal; one of the things about having free will is that everyone else has it too, and if I want to believe that my perspective is unique and that formulating my response to a work is a worthy exercise, I have to take all the people that are very bad at doing that. 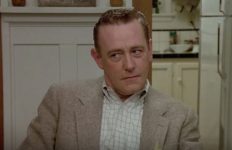 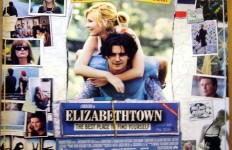 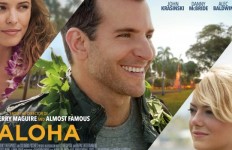