Browse: Home / A House Is Not a Home: VAGABOND (Year of the Month) by Jacob Klemmer

The Vagabond is Mona Bergeron. She prowls around the French countryside, looking for nothing in particular. Sometimes she sleeps in tents, sometimes farmhouses, sometimes malls, sometimes fields, but almost always, she is unwelcome there. At the beginning of the film, we witness the farmers who find her, frozen to death in a ditch, and then we move backwards in time, to watch this slow death.

But we don’t travel back that far. We don’t see why she’s chosen this life (and she has chosen it). We don’t see her parents or her friends. We begin at a very similar point to where we’ve ended, in a very similar field, but this time Mona’s alive. She’s traveling again through the country.

Mona is our main character, but it’s not often that we get her point of view. We regard her through the eyes of the people she encounters on her travels, as they speak to Agnes Varda in faux-documentary fashion. But even they’re not our true perspective. Varda is, and her eyes are much more sympathetic than theirs. We feel a terrific empathy for Mona though we are constantly disappointed by her. We catalogue the myriad ways that her society fails her, but also the myriad ways that she fails herself. Agnes Varda regards Mona objectively, but not passively. It reveals very minute actions, and paints a true picture of her through its small images.

Though our focus is always on Mona, the other characters register as three-dimensional beings. Most memorable is the old woman Mona gets drunk with in her mansion, since it’s the moment where Mona is allowed to be something other than a Vagabond. The professor, investigating the crackling wooden trees that dot the French countryside, registers as well. She’s very helpful, but we get the sense that she’s only helping Mona to feel good about herself. In one heartbreaking vignette, she is taken in by a Tunisian farmer. She works with him, eats with him, and it appears that her life will turn around. But as soon as he brings her to his coworkers, as she sits on a haybale, she’s told that a woman can’t work this job, and she’s asked to leave. Before this, Mona was taken in by two different farmers, and after being offered a stable job, refuses, because she didn’t become a Vagabond to have a new boss. Society fails Mona as often as she fails herself. Varda never allows us to feel just one way about her.

These images make just as much an impression in our memory as they do in hers. We will not easily shake the images and textures of Vagabond. When we see Mona in the cold, dead in the ditch, we can nearly feel the goosebumps. In one of our first moments with her, she pulls a half-eaten baguette out of her jacket, and begins to eat it, only to discover that it’s frozen solid, and we can almost taste it. We can almost feel the texture of the sweaters she wears, or the mess of hair on her head. When she drinks wine with an old woman whose house she’s inhabited, we can almost taste that too. One of the passengers who picks Mona up remarks on how badly she smells, and in this moment we are glad that a film only encompasses two of the five senses.

Varda was not the flashiest personality of the French New Wave, but she was its most consistently terrific filmmaker. No other figure in the new wave was making masterpieces in the eighties, except Eric Rohmer. But Varda took more risks than Rohmer, in content and in form. That formal ambition is in full view in Vagabond: she uses the lateral tracking shot with more purpose here than in any other film I can recall. Tony Zhou makes the point here that the lateral tracking shot distances us from the subject, that it “doesn’t really suggest any character’s point of view” rather the point of view of an “omniscient god”. This is our point of view in Vagabond, that of an objective observer, looking at Mona with “one of the most objective shots” there is. This is a documentary of a fictional life, and we piece Mona together using the viewpoints of everyone involved. We work backwards from Mona’s status as a Vagabond, and construct her as a human being.

Moving backwards is the key to Varda’s aim: the lateral tracking shot usually moves left-to-right. This is natural motion: it’s the way we read and write, it’s the way we instinctively scan any image. Right is progress, left is regress. In Vagabond, we move right-to-left. Varda’s camera regresses, it moves back in time from Mona’s death in a ditch, and pieces everything together in flashback. The film is a memory, starting from the present, moving towards the past. Just as the film regresses, so does Mona, from a functional woman, training for a job as a secretary, to a vagabond, hitching rides with strangers, to a woman dead in a ditch.

These tracking shots follow Mona to whatever unwelcome place she goes. They travel in the beginning through the trees, and find her in the ditch. They follow her through the trees to see another Vagabond assaulting Mona, and then leave her, giving her privacy. They travel through malls, streets, but mostly through trees. Vagabond is as stark and poetic as those pathetic trees. The trees are just as memorable as the humans: they all seem to come out of the cold, desolate landscape. It’s uncommon to have a film based solely on memory that doesn’t share the point of view of its protagonist. It’s the memory of a society, and the memory of Vagabond will stay with you. 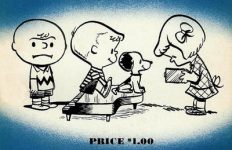 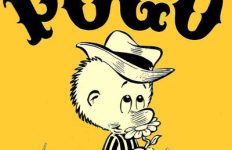