Browse: Home / A SERBIAN FILM is a temper tantrum posing as cultural critique

When an artist throws a temper tantrum, sometimes the results can be amazing. This is not that film.

A Serbian Film is a film created by a rich Serbian as a damning critique of the state of Serbian culture. This isn’t about the Balkan Wars, as some have posited, except to Western eyes trying to seek out some deeper meaning in a post-modern contextual manner. If it is about the Balkan Wars, and the atrocities committed during the course of it, it is only in the most tangential of ways, in that they gave first-hand knowledge of the kind of horrors one human can commit against another.

The first link I selected from Wikipedia’s Cinema of Serbia page under “Famous movies from Serbia”, was When Father Was Away on Business, a story about a young boy who struggles to survive while his dad is sent to a labor camp, falls in love with a girl who is taken away by ambulance, and witnesses his father’s mistress attempt suicide. Oh, and his uncle is diagnosed with diabetes. Life is a Miracle is about an engineer with a mentally unstable wife and a son who wants to play football, but is recruited for the Balkan wars…then the engineer falls in love with a Muslim hostage. Every movie I’ve clicked on has been about people suffering as art.

Which brings us back to A Serbian Film.

I’d say that the point was sledgehammer obvious, if I hadn’t read so many opinions that completely missed the point. There are whole scenes where Milos is physically abusing women while the Westernized filmmaker is screaming “YES! This is FILM! This is ART!” There are scenes where the filmmaker, even after being beaten, cries out “this is TRUTH” at the scenes of graphic violence and suffering. There is a scene in the middle of the movie where a woman gives birth in a dark room, only to have a guy has sex with the newborn baby right out of the womb. Milos storms out, disgusted, while Vukmir is proudly proclaiming “NEWBORN PORN! NEWBORNS!”

On top of Spasojevic condemning the Westernization of Serbian film and culture, he is also condemning the government’s participation of said film and culture. Milos’ brother is a police officer who is ostensibly helping his brother out. He promises to investigate Vukmir, and then tells his brother that he can trust Vukmir because Vukmir is a child psychologist with an interest in film.

The final scene has Milos being taken to a warehouse where he is told to have sex with a body that is laying under a sheet with a towel over its head. Next to him, a masked man has sex with another covered body. The masked man is uncovered, revealed to be his brother the cop, and then the bodies are revealed to be Milos’ drugged son – with whom he is having sex – and his wife – with whom his brother is having sex. This leads to a bloody blowout while the filmmaker is screaming “This is TRUTH”! while encouraging the rampage, which includes a depiction of Milos penetrating the eye socket of the cinematographer.

But, is the film good?

One can pose the question as “is it art?” But, that’s almost like asking “Is Serrano’s Immersion (Piss Christ) good? Is it art?” A better question might be “is it valid if the point is missed?” What if the point is as explicit as one could possibly make it, but the audience still misses the point because the offense is amped way too loud? At one point, Milos spends a whole scene calling himself the victim, even while everybody else suffers around him. The scene is reminiscent of the plot of When Father Was Away On Business, where the boy is the suffering centerpiece while all the minor characters suffer greater indignities. A Serbian Film can’t possibly be any more direct without being a non-fiction essay.

The decision of whether A Serbian Film is “good” or “art” is best left to the individual viewer. One’s personal boundaries are not another person’s boundaries, and A Serbian Film purposefully breaks through almost all of them.

The one problem I have, as a westerner and as a human, is the sexual politics of the film. The film is very brotastic in its mentality. The biggest indignity that is suffered before the climax of the film is not Milos decapitating a woman while having sex with her. It isn’t the newborn porn, which actually almost has the humor of a dead baby joke. It isn’t teen rape, abuse, or any of the other indignities. It is Milos getting raped, while drugged, by a security guard. And, it is so offensive that Spasojevic doesn’t even depict that scene in detail. The act is primarily depicted with a close-up of the security guard’s face close to Milos’ face.

In any case, A Serbian Film is not necessarily the evil that others make it out to be. It is graphic, shocking, offensive, and it intends to be. It isn’t Chaos where it has nothing new to say about a topic. It is moderately well filmed and made, even though I completely detested the second half’s Inland Empire-esque style of “is this reality, or is the main character going crazy?” I feel that the use of Lynch’s style was an attempt to lessen the blow of the violence, while still being able to keep it graphic.

So, is it good? Is it bad? Can it even be thought of with those qualities in mind?

One thing it isn’t, really, is dismissable.

A version of this review was originally published at The Other Films. 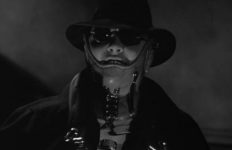 Year of the Month: MAD LOVE→ 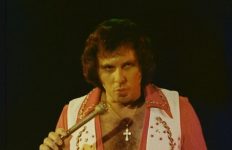 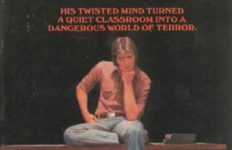