Cafe Society‘s ad campaign has promised a sunny romantic period trifle with some of America’s hottest stars. Cafe Society ends when the camera condemns its protagonist to death for choosing wrong in the matter of romance. It’s pretty funny too, I guess.

Backing up a bit, the last time I saw a new Woody Allen film, it was Irrational Man and I liked it more than seemingly any other person on the planet (I recently rewatched it, and it held up, goddamnit). And since then, Cafe Society has gotten the reception of every third Woody Allen movie before it, which is “hey, that’s actually really good”. I was excited for it on that basis, I was excited for it on the basis of the cast (including former Allen players and some exciting newcomers to the fold), and most of all, I was excited for it on the basis of Vittorio Storaro, a man who knows more about colors than most people know about themselves. And indeed, Storaro delivers here. The color palette he and Allen craft here is nothing short of astonishing. The film takes place both in Hollywood and in New York, and Storaro makes sure that you’re always oriented to the location just with colors and lighting. Hollywood is full of rich golds (there’s a shot of Steve Carell where he’s lit to look like an Oscar statue) and pure blues, whereas New York is shot in what looks like light sepia tones, fulls of subdued tans and browns. Storaro also lights to contrast the characters, such as in one earlier scene where Kristen Stewart (who is uh-mazingly lit in this movie) is shot covered in gorgeous orange, talking to Jesse Eisenberg while he’s shot in orange that appears to have been corrupted by magenta, while in a later scene, Eisenberg is warmly-lit while Stewart looks pale as a ghost. The only occasional issue with the photography is a couple of shots where the actors look like they’re standing in front of a green screen when they’re on practical locations, which is likely a result of it being Allen’s first time at the bat with digital cameras, and that’s not enough to stop me from calling this Allen’s most gorgeous color film by not a small margin, maybe straight-up his most gorgeous film ever. But as always, there’s more to films than their look, and Cafe Society has much more beneath its gorgeous exterior.

30 years ago, Allen made Radio Days, a film which seemed to work as a greatest hits package for Allen. You had the hilarious childhood scenes from Annie Hall stretched to feature-length, Diane Keaton singing again, Mia Farrow playing another crowdpleasing, thoroughly un-Farrowian character after Broadway Danny Rose, Farrow sharing the screen with Danny Aiello again while Jeff Daniels plays another adventurer with the surname Baxter, Wallace Shawn once again showing up and being hilariously, incongruously short, and the whole thing being wrapped up by Allen’s warm, comforting voice. I bring up Radio Days because this movie feels like a direct response to it, and not a “oh, remember how much fun you had watching that?”-type one. The elements are there; a young Jewish center (Eisenberg’s Bobby), his crazy family all living in one house in New York, the protagonist’s parents (Jeannie Berlin and Ken Stott) always arguing, a focus on the entertainment of the day, and an ending set on New Year’s Eve. But the movie starts to seem more like a Husbands and Wives-esque refutation of Radio Days‘ joy than a celebration by the time a scene shows up involving a neighbor playing his radio too loud. There is a very similar scene in Radio Days, when it’s Passover and Larry David is playing the godless Communist owner of said radio. But in that movie, the neighbor ends up not turning off the radio, because the family member sent to confront him over it ends up listening to his family’s theories on the working class and God. In this movie, Bobby’s sister encourages their brother Ben (Corey Stoll, in yet another rug) to talk to the neighbor. Being that Ben is a gangster, the talk ends with the neighbor being shot and buried in cement. The Communism has been redirected to the character of the sister’s husband, a learned man who argues that the sister’s suggestion is tantamount to complicity in the end result. Radio Days turns into Crimes and Misdemeanors. This movie was marketed as a light romantic comedy.

The comparisons to Allen’s other work go way beyond that, too. Allen’s voice-over, his once peppy voice slowed and lowered by age, is novelistic and almost entirely unfunny, because the movie it’s going over is ultimately Not Funny, the same trick he pulled with Christopher Evan Welch’s narration on Vicky Cristina Barcelona. Stoll’s gangster exploits are played for laughs at the beginning, but darker ones than Allen has ever gone for. Hell, there are two on-screen murders in the film, when Allen was previously unwilling to even show the murders in his movies centered around said murders (there’s one that involves a shot to the head and blood seeping through a towel that alone ismore deserving of an R rating than anything in Match Point). But the meat of the film’s visions of Allen past is in the central romance, between Bobby and Stewart’s Vonnie. It is not to be, because Vonnie is also in love with Bobby’s uncle, Carell’s Phil Stern (yes, there’s a remark on the age difference, but also there’s a cutting bit of dialogue going after Errol Flynn’s affairs with teenagers that seems like the first bit of stinging self-criticism Allen has put in his work since the 90s). Allen has made his opinions on Hollywood phonies known in previous films, but Phil isn’t one of them. He’s soulful and he seems to genuinely love Vonnie while still being racked by guilt with his decision to leave his wife for her. This makes it all the more difficult when we realize that Bobby ultimately can’t completely function without Vonnie, even when he marries another lovely woman (Blake Lively). The movie essentially ends with Bobby in the same place as Sweet and Lowdown‘s Emmet Ray, realizing that he’s squandered his one opportunity for any kind of true love. But that movie chased down that image with Allen telling the audience that at least Emmet’s art was really good. Bobby has no artistic footprint (the furthest he gets in Hollywood is being a script reader), and the final shot is that one condemning him to die. Again, light comedy, folks.

So I guess that leaves a few other things to talk about, like the acting. It’s great! Jesse Eisenberg starts off a bit mannered, doing a Woody impression that’s impressive but a bit distracting, but soon enough you don’t even register him playing anything but his character. Kristen Stewart is even better, adding another feather to her cap with a terrifically natural, subtle performance that oozes chemistry with both Eisenberg and Carell. And Carell, for someone who came onto the project late because his role was originally played by Bruce Willis(!!!), is also very good, not relying on tics or mannerisms that have hamstrung some of his other dramatic performances. There’s able support from Parker Posey (almost as wonderfully daffy as she was in Irrational Man), Paul Schneider, and everyone playing Bobby’s family. However, maybe the non-Stewart highlight of the cast is, of all people, Blake Lively, who takes a difficult character (“okay Blake, you have to be really charming and lovely but not as charming and lovely as someone else who you never meet”) and makes her sing. As for the rest of the film, my one complaint (aside from the occasional clunkiness of Allen’s dialogue, which really comes with the territory at this point) is that the first part of the film is not quite up to the standards of the rest, with a scene involving Bobby and a prostitute in particular being a little too broadly comedic for the darkness of the rest of the film. But overall, this is his best since Blue Jasmine, and I can’t wait to see it again and probably like it even more. 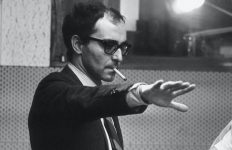 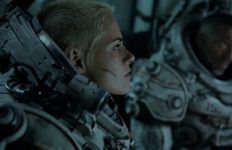