I’ve been watching Cowboy Bebop once a year for almost every year since I first saw it at sixteen years old. This watch, I’m now the same age as the protagonist, Spike Spiegel – never stated in the show, but word from the creators is that he’s twenty-seven at the end of the series. It’s always been escapist fun for me, and I’ve always been able to perceive a greater depth beneath that, but I understand it fully for the first time. I always thought Spike was cool, I always semi-secretly wanted to become him; in a twisted way, that’s happened, because Cowboy Bebop was always about being twenty-seven.

Twenty-seven is old enough to get good at something, but young enough to still have so much to learn (and old enough to realise how much there is to learn – in Rumsfeld terms, fewer unknown unknowns and more known unknowns). Some shows achieve unity of action by showing all the consequences of a single action; Bebop, being episodic, achieves it with a recurring premise. Spike is a bounty hunter, and the majority of episodes are about either him or another member of the crew chasing a bounty head, and what changes every episode is who they’re chasing and where they’re chasing them; from the badass drug dealer Asimov Solensan on the streets of Tijuana in the first episode to elderly ecoterrorist Twinkle Marie Murdoch in a cafe in the fourth to kindhearted tragic lowly gang member Rocco Bannero on the streets of Venus in the ninth.

The series has a strong sense of play underlying it, as if we and Spike are just throwing things together to see how it turns out. It might seem strange that Spike feels hypercompetent despite so rarely actually catching a bounty, but the dude takes such a relaxed attitude to life that it’s hard not to get caught up in his indifference to failure and his joy in what he is good at (also here is where the episodic structure helps – the implied long stretches of time between episodes also implies bounties they did catch, and that we’re seeing the most interesting ones).

This is supported by the voice of the series. Just as Spike knows that he likes kicking ass and to hell with everything else, the crew working on Bebop know precisely what bakes their potatoes and leans into it good and hard. Literary stories like Bebop are made up of two things: surface details, and the connection between those details – or to put it another way, the thought process that said “we will look at this thing, and not another”. On Mad Men, those surface details are offhand comments, facial expressions, costume details, set details, and the thought process is the psychology of each individual character.

On Cowboy Bebop, those surface details are often lifted from pop culture, often themed around ownage, and often based around generating strange sensations. And that thought process is less about character and more technical. We watch Spike throw a punch, we’re seeing the end result of thousands of hours of Jeet Kun Do practice; we see a closeup of a flamethrower long enough to be invited to wonder how it fits together; we see a montage of Spike wandering around a casino and soak in all the different processes, the card games and slot machines and movies. Often, it even goes further than that, not just how things work but how they’ve aged, as video has degraded and metal has worn out and people have gotten old. Bounty hunting is just as much a simple structure to explore a strange world for the creators of the show as it is for Spike.

What’s really fascinating is that, with time, it’s as if the creators start treating storytelling itself as a technical activity, playing with and combining different ideas just to see what happens. Right from the start the show is built almost entirely out of trick shots, funny editing, different toys they pulled from different movies that they’re trying out. Over time, their tricks become more audacious, as if they’re playing a game with the audience. This isn’t unique in television – Scrubs had a musical episode, Buffy had a musical episode and an episode where nobody could speak, Community basically made a whole series of games – but what’s interesting is that Bebop almost never plays fewer than two games at once. “Toys In The Attic” doesn’t just do a parody of Alien, it also throws a weird structure at us where each character imparts a lesson via voiceover. “Mushroom Samba” is a blaxploitation parody AND takes out the three adult human characters to give us an Ed and Ein episode AND gives us surreal hallucinations showing the inner world of Spike, Faye, and Jet.

(When it does only do one thing at a time, it’s generally a genre pastiche, like the neo-noir of “Black Dog Serenade” or the outright horror of “Perriot Le Fou”)

That’s one aspect of what it is to be twenty-seven. To have gone from being a creature of pure talent and potential (we’ve all read children’s stories about that, so I’ll just wave vaguely at Harry Potter) to someone who has a particular set of skills – not someone who could, but someone who does. Spike and the worldview of Cowboy Bebop are about halfway to a Michael Mann professional – using a basic set of skills to gain a vast compendium of experience.

But that’s not all there is to it. From here on out, SPOILERS.

At an unspecified age, Spike was taken in by the Red Dragon clan. They gave him the ass-kicking skills we and he love so much, but they also gave him an identity and a system of honour. They aren’t his literal birth family, but they’re effectively so. Like all children, he grew up and left the nest; unlike most children, leaving the nest was an extremely bloody affair that left at least dozens dead. We first meet Spike about three years after that, when he’s forged his own singular identity; he’s become a bounty hunter. He’s living by the simplest possible means, chasing (literally!) cheap thrills and relying on Jet to cover the basic necessities like cooking food and looking after money.

I see Spike as one point on a continuum. At an early point, you have your basic coming of age story, a child stepping out from under a particular moral outlook and forging their own identity and morality – Luke Skywalker in Star Wars being the archetypal example. Much further down the line, we have people like Vic Mackey of The Shield and Don Draper of Mad Men, people who took what they learned, carved out a place in society, and now must reckon with that place.

(Right down the end you have characters like Bennie of Bring Me The Head Of Alfredo Garcia or Al Swearengen of Deadwood, old men written by old men, worn down by a lifetime of decisions and consequences into their purest essence.)

Spike’s point is between Luke and Don. He has skills, but no place in society; he has much less to lose, and while there are awesome upsides to that (in the colloquial and archaic senses), it means there are things he misses out on. Spike is often interpreted as having a death wish, but I think it’s more accurate to say that he has nothing to live for – he has no active wish to die, but nothing bad would happen if he did. What we see over the course of Bebop is Spike forging connections to society through the simple act of being alive. Bebop isn’t like Firefly, with characters constantly demonstrating and proving their love and friendship; instead, there’s a rhythmic buildup of experiences, as the characters incorporate themselves into each others’ lives and slowly build up an understanding and a tolerance for each others’ quirks. Jet will always be crotchety and watering his bonsai, Faye will always be impulsive and snarky, Ed will always be, uh, Ed, and Spike will a laconic smartass. At first, they’re all too useful to each other to get rid of, but with time these quirks become normal, and with more time comfortable.

What we’re seeing is Spike at the point between Don Draper’s time in the army and the first episode of Mad Men, after being freed from his family but before he’s found a place in society (and definitely before he’s transitioned from one place to another, as Don does once within his series and is on the verge of doing again at the end). One of the driving forces behind Bebop‘s games and details is an easily bored mind, one that perpetually tries out different ideas, and towards the end, just before the three-part swan dive, it’s even asking questions like “Is Spike actually not cool at all?” and “Is watching television bad for you?”, which come off to me not as browbeating a la late Grand Theft Auto games but as simply another game to play, as if being lackadaisical and uncommitted can get boring after a while too.

Spike has three options. He can go home and fulfill his duty to the Red Dragon clan – there’s a significant line at the end where one of Spike’s friends from the old days says he was waiting for Spike to come back and take over. Or, he can stay with the Bebop, spend the rest of his days chasing bounties with Jet, Faye, and Ed. Either of these are preferable to what he had been doing, living without connections to others and without some higher purpose, indulging himself in simple sensation. What I draw from this that, as fun as Spike’s lifestyle is, a person needs something to commit to, a reason to live on top of the basic joy of being alive. Spike’s age is partially a reference to the 27 Club, a group of beloved musicians who all tragically died at twenty-seven – Jimmy Hendrix, Janis Joplin, Jim Morrison, Kurt Cobain, Amy Winehouse; the mythical power of the club comes from how someone who had done so much could have done so much more.

As much as I’ve loved this show, I never really understood the ending, which I think is because I was running away from my potential as much as Spike was running from his. I’ve seen people complain that the plot basically never advances, which is partially wrong – the development of Spike’s new family begins in the first episode and ends in the last – and entirely true, because this is a show about a man successfully spending a long time running away from his story and ending when he finally embraces it. There are arguments over whether or not Spike dies at the end of the show, and like a lot of these arguments, it’s completely irrelevant. Whether or not he actually dies, this is a case of death being a metaphor for transformation; Spike Spiegal, man on the run from himself, is as dead as the version of me that was doing the same thing. Some of the details are different – Spike begins with technique and learns philosophy, and I’m the other way around – but I recognise the story. 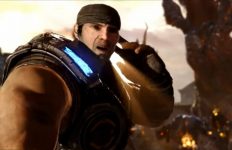