It’s a fact that “The Little Match Girl” is intended to be depressing. In which case, you know, mission accomplished. But in adulthood, since the release of Terry Pratchett’s Hogfather, what I think about is how unjust the story is. If the little girl gets brought into a place of warmth and joy, it should be at the last minute, not after. This is a story we share with our kids, the story of a child living a life not even an adult should. Though I’m not sure Andersen wanted kids to read it; he wanted adults to read it and want to make things better for the real children.

The title character is a little girl in nineteenth century Russia (for some reason). She is selling matches on the street; no one buys any. It is night, and she huddles against the side of a building for what warmth she can manage. One by one, she lights her matches; as she does, she sees visions of warmth, comfort, and plenty. Then, in one vision, she sees herself brought by troika to a cottage where her grandmother waits. She lights all her matches to keep that vision going; when it fades, so, too, does she.

“Oh, yay, she gets to be with her grandmother in Heaven!” Yeah, but she froze to death on the streets. In the original story, she’s out there because her father will beat her for not selling matches—she’d rather freeze than face him. And let’s not fool ourselves that no children today are left making horrible choices like that. Maybe they’d get reported to the authorities if they were selling matches on the streets, but there are a lot of abuse cases that the authorities don’t know about. It’s just that the kids aren’t being exploited in that particular way.

Don’t get me wrong—the animation is exquisite. Set to the music of Borodin, the little girl’s visions almost make you want to step through the screen and be in them yourself. You don’t have to be suffering extreme deprivation to want to be in the Christmas she envisions; I’m quite sure my kids would want to share it with her given the chance. The grandmother is the perfect example of the warm, slightly plump grandmother type, and she looks like she would give simply magnificent hugs.

This was intended to be part of the new Fantasia cycle, though of course the Fantasia cycle has never actually been a thing. Certainly it was one of the projects planned for Fantasia 2000, which is why it has no dialogue but only music. I don’t know why it didn’t make it. It’s been released solely as a short, and its release was initially in a short film collection. This is not the sort of thing that is going to air before a feature, though it is on the Little Mermaid disc. Apparently, Disney wanted to change the ending of this, too, but couldn’t make a new ending work.

I don’t make my kids sell matches; I shill my Patreon and Ko-fi!

Note: I also don’t know why Disney made it a single word.  It’s not one. 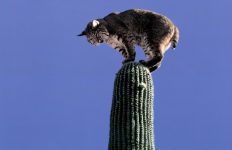