Brian De Palma’s work constantly circles around the lurid and the trashy, indulging in the finest extravagances that cinema has to offer. In one of De Palma’s infamous openings, Blow Out opens with a trashy horror movie neutered by an actress’ limp death scream. That film’s audio engineer, Jack (John Travolta), frustrated by this roadblock, goes out to pick up random bits of detritus from the real world. Inadvertently, one of those sounds is a car accident involving a governor and a hooker, and soon Jack finds himself embroiled in a classic tale of obsession and government paranoia.

Despite having a pulpy story, Blow Out‘s style has art house origins, recalling Antonioni’s classic Blow Up, and Francis Ford Coppola’s paranoiac thriller The Conversation. Instead of diving deep into the perverse, De Palma works on creating an atmosphere of of guilt and impotence. Though Jack is but a mere pawn in the grand scheme of Blow Out, he constantly struggles against his ineffectual position in society trying to do the right thing for everybody involved.

In the end, De Palma never loses his signature style, finding new ways to use his showy techniques; his extensive usage of split screens, tracking shots, and split diopters all work their way into this. Blow Out, while not as sleazy as Body Double or as trashy as Phantom of the Paradise, is nevertheless a signature Brian De Palma work that requires as obsessive a dissection, both technical and cultural, as Jack offers of his recording on screen. 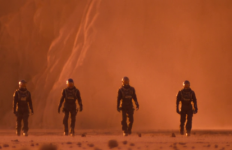 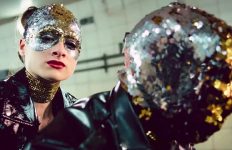