Browse: Home / Film on the Television: S.O.B. on TCM

Hollywood loves talking about itself. Even more, it loves making itself look like a hotbed of corruption where only the tough can survive. Hollywood wants to be a place where only the best of the best can survive. The beloved Sunset Blvd. is about a washed up silent film actress who was put out to pasture when she aged out of the roles women are allowed to play. She wasn’t good enough to make it in the big leagues, and so she ended up a failed has been, destined to a life of gothy gloomy insanity in her solitary mansion of despair and monkeys.

It’s been said that the auteur-driven Hollywood of the 1970s came to a screeching halt with 1980’s Heaven’s Gate, a disastrous flop of epic proportions. Cimino’s film had a budget that outpaced Francis Ford Coppola’s troubled Apocalypse Now, and made almost none of it back. A temperamental director who had just won the Best Picture Oscar now has problems with a failed big budget Hollywood movie suffering because of various demands place on it? This story is old hat.

It almost seemed that Blake Edwards was fantasizing about himself in that scenario when he made S.O.B., about a troubled Hollywood hotshot director who was just about to watch his movie flop. Faced with a roadblocked career, the director tries to kill himself on several occasions before having the genius idea to sex up his failed family movie and reclaim it as adult fare. Of course, since the movie stars his Academy Award-winning wife, famous for her career in family musicals, the perversion of the production now has a guilty pleasure associated with it.

If S.O.B. isn’t the smartest or most accessible of Hollywood satires, it’s certainly one of the meanest. Edwards seems to be setting out to burn bridges and tear down traditions. It almost seems like the type of movie one makes as a swan song, a final middle finger to the establishment that rejected you. And yet, Edwards had another 14 years under his belt. There’s a bit of pure bile to the proceedings ensuring S.O.B.‘s place in Hollywood’s pantheon. 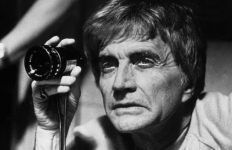 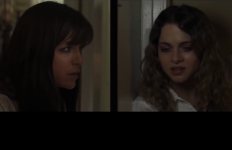 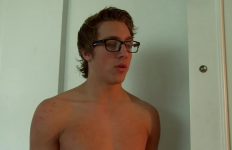 Film on the Internet: 1313: HAUNTED FRAT on Amazon Prime→