What’s a Halloween-appropriate film without a bracing dose of the occult? How about a 1970 film written and codirected by Donald Cammell, who had family connections with Aleister Crowley, the infamous magician? And which starred Mick Jagger, the writer and performer of the 1968 single by the Rolling Stones, “Sympathy for the Devil”?

“Nothing is true. Everything is permitted.” Reflective of Cammell’s formidable artistic background, this line is spoken by Jagger in the film, as the exiled rock star, Turner. It is indeed a cryptic reference, tracing back to the mysterious Middle-Eastern order of the Assassins.

It is the perfect summation of the film, which attempts to break down every social convention and inhibition nearly imaginable, starting with sex. The film opens with almost subliminally-quick cuts of a rough sex act, implying that traditional forms of sensual pleasure are exhausted and outmoded. On the soundtrack, we hear Randy Newman singing “Gone Dead Train;” the lyrics parody the blues tradition of celebrating sexual potency: “The fire in my boiler up and quit before I came.” Newman, usually known an accomplished singer-songwriter, here imitates Jagger’s slurred phrasing, accompanied by Ry Cooder’s rolling and tumbling slide guitar.

The music, composed and arranged by Jack Nietzsche (no relation to the German philosopher), who worked with the Stones (he is credited with playing tambourine on “Satisfaction”), is otherworldly, featuring the futuristic and jarring sounds of a prototype of the Moog synthesizer. Its churning rhythms are as good of a guide to the fractured storyline, as anything we see or hear spoken. In particular, the doom-laden overtones of the soundtrack, featuring the earthshaking voice of Merry Clayton, who sang on the Stones’ apocalyptic masterpiece, “Gimme Shelter” (1969), suggest a fateful outcome for Turner and his alter-ego, Chas Devlin, a psychotic British gangster.

What we initially view is a day in the life of Chas, made up of violent sex and ultraviolent adventures, such as pouring sulfuric acid on the Rolls Royce of a lawyer who has threatened Chas’s employers. When Chas goes too far, straying beyond the control of his boss, he is targeted for elimination. On the run and desperate, he ends up at Turner’s mansion.

Chas claims to Pherber, one of Turner’s live-in lovers, that he is a professionally touring juggler and needs a place to stay out of the public spotlight. The scene shifts to Pherber, Turner, and Lucy, Turner’s other companion, all naked in the bath. Turner tokes on a joint, while tossing the pound notes around that Chas has paid as an advance for a room. The tone here is deceptively light—what is happening, as Colin MacCabe describes in his book-length study, is nothing less than a revolution captured on celluloid, at least in the minds of the stunned studio heads who saw an early version of Performance.

Turner is a shadowy, elusive figure, very much, of course, like Jagger. He contrasts the buttoned-down Chas, obviously paranoid for reasons with which we can understand. While Jagger is pretty much playing a version of himself, James Fox, as Chas, has sunk deep inside his role (to the point where he used to frighten the staff when he would walk into the production office).

The distinctions between on- and off-stage performances blur. During the shoot, Jagger was having an affair with Anita Pallenberg, who played Pherber, and nearly steals the show with her open refusal to accept any limitations on what she can do onscreen. She enjoyed winding up Fox, regarding him as out of his league with her and Jagger.

An air of menace permeates Turner’s mansion. Chas, aware that he has little time before he is tracked down, tries to arrange for a passage to America, as Turner looks on with suspicion. Chas and Turner verbally spar, Turner appearing to have the upper hand—he knows that Chas is putting on an act and keeps testing the veracity of Chas’s story. Turner then mocks him with such obvious put-on lines as “I don’t like music.”

What really sends the film into the direction of surreal horror is that, at the climax of the mental and sexual games Turner and Pherber play with Chas, Pherber gives Chas what can best be called a heroic dose of psychedelic mushrooms. Chas’s identity breaks apart as his trip takes him to the brink of psychic oblivion—and then over.

Chas now looks and acts like a decadent rock star, a copy of Turner. Meanwhile, Turner has tapped into Chas’s consciousness to create the central performance of the film—a forerunner of a music video that stars Turner as a swaggering, rebellious gangster, singing “Memo From Turner,” a searing putdown of Chas’s employers: “Come now, gentleman, your love is all I crave/You’ll still be in the circus when I’m laughing, laughing in my grave.”

The images of rebellion in the song echo the world outside as well as inside Turner’s mansion. While a fashionable house in Lowndes Square was used for the interiors of the mansion, the exteriors were shot at Powis Square in the center of Notting Hill, the first black neighborhood in London. The film thus offers visual evidence that the city was changing far beyond the simplistic media façade of “Swinging London.”

Equally provocative is the way the film links organized crime to corporate business. In the euphemistic speech of the lawyer, the takeover of weaker competitors by more powerful interests is a “merger” that is necessary for “progress.” While the public tended to fear the demons of sex, drugs, and rock ‘n’ roll, the film warns that it ought to be more concerned about the acts of brute violence that comprised what was now regarded as simply business as usual.

Time runs out for Chas, as the gangsters show up at the mansion. The last scene is a final ritualistic act: Chas shoots Turner in the head—in a mind blowing point of view shot we see the bullet penetrate the brain—that frees Turner from the prison of the materialistic world. One of the gangsters, patrolling the rooms, recoils in horror as he sees what we have become acclimated to, the state of decay of the mansion, which has become a haunted house. We see Turner’s face in the window of the gangsters’ Rolls Royce as it drives off.

With regards to the controversy that stemmed from the reported drug taking and sexual acts on the set, Jagger quipped that “those stories are so good I couldn’t possibly deny them.” We do know that in the aftermath of Performance, Fox retired from acting and took up Christianity; Michelle Breton, who played Lucy, succumbed to drug addiction. It is more than likely that Jagger’s affair with Pallenberg, who was the girlfriend of Keith Richards, Jagger’s bandmate, drove a wedge through the Stones.

While the film’s ending crystallizes the theme, “Nothing is true. Everything is permitted,” the reality of 1970 was that the dreams of the late 60s had become much darker. Before the film was released and a year after it was shot, the Manson family murders and the Stones’ disastrous free concert at Altamont, documented in Gimme Shelter (1970), had occurred. As we watch Jagger onscreen fully willing to embrace the unknown possibilities of the occult invocations that animate the film, we know where these forces can lead. 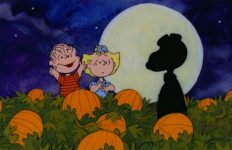 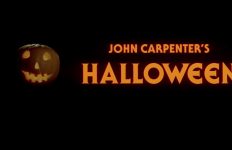 Year of the Month: Dixon Cashwell on Halloween→ 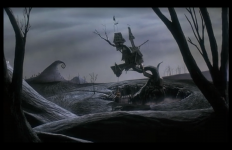 Year of the Month: The Nightmare Before Christmas→