A membership based organization comprised of leading media and entertainment figures from over 60 countries and 500 companies from all sectors of television including internet, mobile and technology…. The Academy was chartered with a mission to recognize excellence in television produced outside of the United States.

Britain’s Channel 4 sci-fi conspiracy thriller, Utopia, was the evening’s big winner, taking home the award for Best Drama Series. The drama, which concluded it’s second series this August, was recently canceled by Channel 4. In addition to its recent Best Drama Series International Emmy, the thriller has also received an additional 5 RTS Craft and Design nominations for its second series, a RTS Craft and Design Award in 2013 for Best Original Score for Cristobal Tapia de Veer, and BAFTA TV Award nominations for Best Director (Marc Munden) and Best Writing (Dennis Kelly). At this time, Channel 4 has no plans to renew the drama, having recently turned down an offer from Mr. Kelly to option a concluding two-hour special. HBO is currently moving forward with a remake, to be directed by David Fincher (Zodiac, Fight Club) and written by Gillian Flynn (Gone Girl). Utopia won over The Tunnel, a UK-France co-production, Prófugos, an HBO Latin American series from Chile, and Yae’s Sakura, a Japanese drama.

In the acting categories, Britain took home another honor as Stephen Dillane won Best Actor for his work on The Tunnel. On the Best Actress front, the Netherlands’ Bianca Krijgsman won the award for her work on the series, De Nieuwe Wereld (The New World).

The full list of winners can be found here.

A hearty congrats to all the winners, and speaking on a purely personal note, a particularly huge congrats to Utopia, my choice for Best Drama Series of 2013-14. 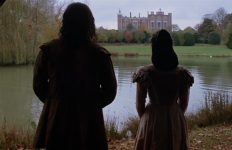 Echoes from Across the Waters: POCAHONTAS and THE NEW WORLD→ 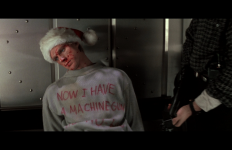 Why Do We Want DIE HARD To Be A Christmas Movie?→ 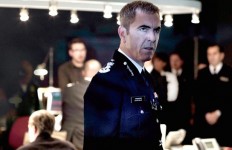