Tuesday, January 16, 2018 has been a long day for me. (I’m writing this at about 9:30 at night.) Our car got towed today after an accident from last week that did enough damage for the insurance company to declare it totaled, so we’re down to one car. Which meant that everyone got bundled into the car before nine this morning, as I had things to do. So I dropped Graham, my boyfriend, off at work. The kids and I then drove up to Tacoma, where the follow-up clinic for the NICU is. My daughter had her “eight-month” check-up (she’ll be a year old on the third). My son had to come with us because I didn’t have a babysitter, which meant he didn’t go to school, because his bus picks him up at noon—right about when her appointment ended. I took them to McDonald’s to burn off some energy. I took them to the library. I went to physical therapy. We went out to pick up their dad from work. So I was able to really sit down eleven hours after I first left the house. At that, I should be doing dishes and laundry and am not, because I’m exhausted.

What am I not doing? Putting items on hold. The Great Library Project isn’t over, but the part of it where I put movies on hold is. (I still have TV shows, but I’ve decided I’m not going to count that as part of completion.) Next week, I’ll likely just be dropping off. It’s a remarkable feeling, the first time this has happened for years when there wasn’t another reason—getting ready for vacation or similar.

I’ve been hard-pressed this whole time to explain why I started the project in the first place. I’m working on a book about it which goes into detail, but the short version is that Graham was in Iraq, and my mental illness and need for some sort of stability meant that I needed a project, and I hadn’t quite realized what I was getting into. There have been several points where I could have quit the project without anyone blaming me, but I always found a way to keep going. I’m very proud of this. I’ve never been the greatest at follow-through, and to finish a decade-long project is impressive even without my problems.

Of course, this also means I’ve run out of my most common excuse for not having seen movies; I can no longer say, “No, I haven’t seen it. It starts with [letter I haven’t gotten to].” I have segued rather neatly into “the library didn’t have it,” but now, I can start playing catch-up. Possibly the library’s gotten copies of things it didn’t have when I went through it. And there is always my Netflix account, which I’ve long said exists at least in part to let me catch up with things I’ve gone past.

I have to admit there is now a sense of “What next?” For now, I’m writing the long-promised book about it, which was called Ten Years and a Library Card until I realized it’s actually been eleven, which doesn’t scan quite as well. I may go with the original name and an apology. Hopefully, I’ll actually finish that as well. My track record of finishing books has not been great over the last I’m not going to explain how long. (It predates the Project, I believe.) But with luck, the encouragement of my friends will help me finish this one.

From there, I don’t know. Probably the extended version of my article about the female gaze. I’ve been putting that off because of the research it requires, and I’ll have more time for that now. Though either way, I’ll probably take a break before starting something new. No project short of parenting has ever taken me this long, and I’m not done parenting yet.

Help me pay off my last few fines; consider supporting my Patreon! 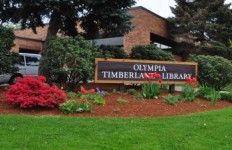 I Haven’t Seen It, Because It Begins With “T”→