Browse: Home / Not everything is awesome at Warner Bros

Yesterday, Variety reported that Warner Bros announced it would be cutting 1,000 of its 9,000 positions. Warner Entertainment, which includes film, tv, and home entertainment (i.e. video games), told employees that cuts would occur at every level of the business, but did not mention who was getting cut.

Variety posited that Warner’s spurning of Rupert Murdoch’s $80b takeover bid created pressure to cut costs. If that purchase had happened, it would have combined Time Warner with Murdoch’s Fox empire, giving unprecedented control of a variety of sources to one person.

Also noted was that Warner had major domestic disappointments, such as Edge of Tomorrow ($370m global), Winter’s Tale ($30m global) and Transcendence ($103m global), insinuating that you are at fault for not going to see more movies (why won’t you see more movies?!). 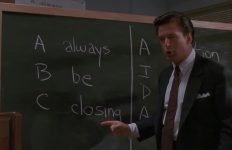 The Friday Article Roundup Squares Off→