Browse: Home / Out of the Discourse

A lot of my friends have been grumbling about how the Academy is making them watch movies they don’t want to right now. And I do get that feeling—in normal years, I do what I call “Oscarpalooza,” where I try to watch as many nominated movies before the ceremony as possible. One of the most freeing moments, though, was the year that I realized that, no, I don’t have to do that. I can consciously say, “No, I choose not to watch this,” and it’s not just about Woody Allen movies or similar where I don’t want to support someone involved. I can just . . . not want to watch it. That turns out to be allowed. Even if it means I don’t have anything to say.

Mind, I’ve always been a bit out of the loop, conversation-wise. When I was a kid, that was mostly because I was more inclined to spend extra money buying a book than going to the movies. (Books last longer, especially if you’re a rereader.) Starting in college, it had a lot to do with being broke—not helped by the fact that the first place I moved out of my mother’s house had basically no movie-going options. But even before the kids were born, a lot of my options were based on what I could afford to see—my partner would often pay for tickets, but only if he wanted to see the movie, too.

So, yeah, it’s easier for me to just . . . choose not to see things. After so many years of not having seen things for other reasons, it’s no different to just decide that I’m not interested enough to want to have something to say or to understand what other people have to say. I was out of the loop entirely with video games, because we never had a system at all and didn’t have a computer until I was in high school. I was out of the loop entirely with sports, because I didn’t care. Missing conversations about specific movies? That’s no problem, because there are other movies.

This is not to say that I don’t like talking to people about movies. Clearly I do, since that is, you know, what this site is all about. I talk about movies, and with any luck, you tell me in the comments what you think about what I said, and we have a conversation. But if you don’t care about the obscure Disney material I’m dragging out for this week’s Byways, you don’t have to. No one’s forcing you to. You haven’t heard of the person I’ve mentioned for Attention Must Be Paid? That’s fine. You don’t care what my kids are watching? Why should you?

These days, I want to start handing out cards excusing people from watching the MCU. People watch it and complain that it’s all anyone watches, but they themselves only seem to be watching it so they can be angry. You don’t have to do that. Really. You can just calmly say, “I’m not watching that.” And people will, mostly, say, “Oh, okay.” And we’ll all move on. Maybe, if you’re nice, you can even say, “Have you seen [other thing]?” And you can talk about that instead. Or maybe the person you’re talking too will have a not-MCU thing they can talk about instead. And instead of a fight, everyone will be happier!

You don’t have to participate in every discourse. Even if it seems to be the dominant one. I still haven’t seen Tiger King. In some ways, it seems like the sort of thing I’d enjoy; in some ways, it doesn’t. It definitely doesn’t seem like the sort of thing I want to watch around my kids, so I haven’t seen it. And now, a year after everyone was talking about it, people aren’t talking about it anymore and no one cares that I haven’t seen it. In a year, no one will care if you’ve seen Hillbilly Elegy or not. If it doesn’t spark joy—another discourse I missed—you don’t have to watch it just so you can talk about it.

My kid wants us to actually acquire a gaming console of some sort; help us afford it by supporting my Patreon or Ko-fi! 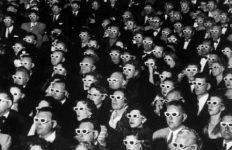 Art Is Communal, or Why Anyone Cares What Martin Scorsese Thinks About the MCU→ 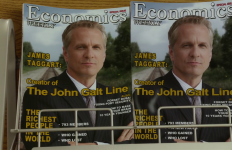 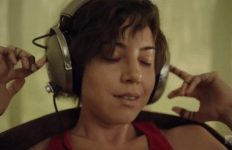 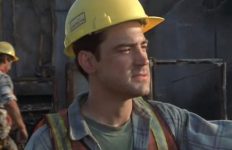