When I was a child and we first got cable, Showtime aired a sitcom called Brothers. It was about three brothers who owned a bar. I don’t remember everything about it, but from memory, the oldest brother was kind of simple, the middle brother was normal and married and all that, and the youngest brother was gay. Openly gay. I don’t remember if we ever saw any of his dates, but we did see an ex of his who was still his friend and hung around the bar and annoyed the oldest brother quite a lot. The youngest brother wasn’t a gay stereotype of any sort, but the ex was pretty much all of them. He wasn’t quite Buddy Cole, but he was awfully close. And at the time, it was shocking and progressive to have him not as the butt of all the jokes but instead making most of the jokes.

That was the first exposure I remember to the concept of anything other than heterosexuality. Actually, one of my great-aunts was lesbian, but I didn’t find that out until high school. I didn’t think it was anything weird or gross or anything; my reaction, as I recall, was not unlike my own son’s “Oh.” But while I haven’t revisisted the show since its initial airing, I’d be shocked to discover it still holds up as treating the gay characters as perfectly normal. That’s because what was progressive in, oh, 1986 does not remain progressive more than three decades later.

Let’s be real, here—my prime TV-watching is from the era that made “not that there’s anything wrong with that” a catchphrase, and if everyone believed there was nothing wrong with it, no one would bother to say it. These days, you couldn’t make that episode, because so much of its assumptions are no longer valid. And that’s the hazard of making things that are deliberately progressive or otherwise rely on certain cultural assumptions; once those assumptions are no longer valid, the references can look awful to more progressive eyes of the future.

Another example to consider is the famous Kirk-Uhura kiss of Star Trek. It was considered shocking and groundbreaking at the time, as it was interracial, the first time there was ever an interracial kiss on television. And, credit where it’s due, William Shatner did force the issue by deliberately screwing up every take where they didn’t kiss. But what we don’t bring up much is that the kiss was forced. Evil telepaths made them do it. This was not actually a relationship—which says good things about Uhura’s taste, but anyway—but something akin to a mutual sexual assault, as neither party had consent.

Uhura actually got that sort of thing a lot, because she was the token woman. But having a token woman who actually worked was itself progressive. Especially since she was black. Galaxy Quest may have had their token woman repeat the computer, but that’s less work than Uhura herself actually did. The show didn’t always know what to do with her, but she was there, and she was an important member of the crew. She wasn’t just Yeoman Rand serving the coffee—though I’d argue that having a woman with a military title on the ship at all was also progressive in its way, not to mention Nurse Chapel.

Nowadays, it’s easy to look at Denise Bryson of Twin Peaks and think, “Oh, great, another cis man playing a trans woman.” And that is a completely fair way to see the character, and of course it’s reasonable to be annoyed at some of the jokes, because they are definitely dated. But at the time, seeing Denise at all was revolutionary, because she’s treated with respect. She’s a person and she’s competent, and you simply didn’t see trans characters like that in the ’90s. It’s probably true that casting her as David Duchovny set a standard of casting, but I’d also suggest that it would have happened anyway, as the idea of trans people as being something other than their assigned-at-birth gender was not a popular one in the ’90s.

The easiest way to make something timeless is to not touch on anything chancy at all. But that becomes its own kind of dated, as you look at completely sterilized worlds that are also completely white and heteronormative. That isn’t the world we live in, and I’d suggest it’s at least in part because we were able to get used to things by seeing them as normal on TV, even if it’s in ways that don’t look normal to us anymore.

I wonder how our reliance on microtransactions will look in years to come, but don’t let that worry stop you from supporting my Patreon or Ko-fi! 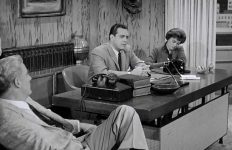