This article contains spoilers for the entire run of LOST.

What can we learn about writing a mythology show from LOST? When it premiered, it instantly became one of the biggest television shows in the world, and then slowly destroyed most of its goodwill when people became frustrated by a perceived lack of answers. Even excluding direct imitators ranging in sophistication from The Event to The Good Place, the show’s influence on genre television is still present today, in ways both positive towards the show (flashbacks, prequels, backstories, twists, and general Explanations are still the rage) and negative (the near-universal rage at the finale of LOST has, I think, caused genre writers to start putting their plotting on fastforward). To an extent, this is an oversimplification of what the show was doing; it was a meditation on faith and the development of an internal moral compass, and from that perspective the weirdass plot elements weren’t mysteries to be solved, but a strange and uncertain world to operate in where ‘right and wrong’ were difficult to discern because reality itself was impossible to get a grip on.

Now I love LOST, and I think the complaints about it not paying off mysteries are overstated – for the most part, it did answer mysteries, it just didn’t emphasise the solutions as much as the questions – but I get it. Mysteries are fun. Strange worlds with vivid questions are fun. Mythology is fun. I can say (and did when it originally aired) that I was really into the show because of the characters, but a part of me did get a thrill out of the weird questions and frustration when answers were denied (and later given but downplayed). Like The X-Files before it, LOST never set out to be mythology show, but I think it came closest to creating a model for someone wanting to construct one*. I doubt this is precisely how Damon Lindelof and Carlton Cuse wrote LOST, and I’m certain it’s not the only way to write a mythology story – I haven’t seen The Good Place, which apparently gets mythology-as-storytelling down to a science – but I think it’s definitely one way to build on LOST‘s foundation.

The key thing to keep in mind is that LOST is a mystery story, and if you look at it with the logic of a murder mystery, it’s actually not all that complicated. The logic of a murder mystery is straightforward: somebody does something, this inspires somebody else to murder them, the murderer plans then executes the murder, the discovery of a body means an investigator is brought in, the investigator studies clues, the investigator catches the murderer. The pleasure of this for an audience member is to come in from the investigator’s point of view, see a bunch of seemingly disparate ideas, and be able to chain them together in a system of logic (“Ah, yes, Professor Plum did it in the conservatory with a lead pipe because the victim said he looks like a dork!”).

LOST works on a much grander, much stranger scale, but the appeal is much the same. All the way back in Ancient Roman times, one woman killed another and took her twin sons, and as a result, a man was turned into a monster, a group of scientists built hatches, and a plane crashed. The cliche about writing mystery fiction is to start at the end and work backwards; I think it would be more accurate and more helpful advice to start plotting at the earliest point in the timeline, follow the cause-and-effect logic, and choose a point for your protagonist to jump in on (this is essentially what H.P. Lovecraft says in his essay “Notes On Writing Weird Fiction”). LOST shows us why this way of thinking works; if following cause-and-effect allows us to start with a sense of normality and watch it curdle, jumping around the timeline lets us start with the uncanny and spectacular and slowly contextualises it.

But thinking of it this way also exposes how the show falls short. Despite jumping back literal millennia, we don’t actually get the origin story of this world. The earliest point in the timeline is the creation of the Heart of the Island, and that’s what causes this whole mess of sorry events; it’s what turns the Man In Black into Smokey, it’s what draws the DHARMA Initiative to the island, and it’s what brings down Oceanic 815. If mysteries feed a logic-hungry part of our brains, then the Heart of the Island functions as both the true context for everything (it was the island’s electromagnetic properties that drew in the DHARMA Initiative, not Jacob and Smokey), and as the second-last piece of the puzzle – as if we found the body and the method but not the motive. This works for the show’s viewpoint, in which the world is so big and unwieldy that the only way to be sure you’re doing the right thing is an internal sense of faith, but that attitude runs completely contrary to the pleasures of mythology.

With all this in mind, I propose the following method for writing a LOST-esque mythology story:

LOST, like The X-Files and Twin Peaks before it, might not have set out to be a worldbuilding exercise, but it has a lot to teach us about how to make a full story out of a strange and unique world. 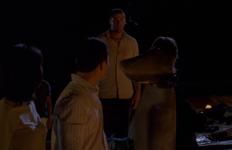 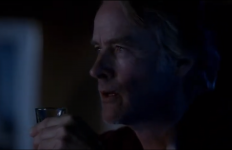