It was my twenty-ninth birthday over the weekend, and I decided to celebrate this year by writing an essay on an old show I’ve loved since I was a teenager but hadn’t seen in years. This got me thinking about the ways we can use media to celebrate birthdays. Usually, it’s a day used for self-indulgence – it feels wrong to say “I’m gonna challenge myself with my first Tarkovsky for my birthday!” – and revisiting comfortable favourites. But this year, my birthday happened to fall into a transitional period, after I’ve set in motion plans to drastically and fundamentally change my life but before they even began to pay off in any meaningful way, and it’s made me, um, panic slightly, especially now that the movie monster known as Turning Thirty is hiding just around the corner like the thing behind Winkie’s. It’s raised as whole lot of questions that I’m just going to throw at you all at once. Would it cheer me up to look backwards, finding movies that summarise everything I’m getting away from? Technically, I did actually do that with The Young Ones, but I also have wondered lately how my reaction to Clerks, a movie about twentysomething geeks working crappy, meaningless jobs they can’t stand so they can afford to fuck about and break down pop culture would look after five years of living that life. Would I find them horribly unsympathetic? Would I find them more sympathetic than ever?

On the flipside, perhaps I could watch something about what I’m trying to escape to. For the past few years, I’ve been really put off by stories about young wannabe artists trying to make it in the big city because I thought they were lazy and a sign of lack of imagination, but to be honest, that does kinda sound like what I need right now. In terms of what I’ve already seen, the combo of Spaced and Shaun Of The Dead, which together show a shift from hedonism mixed with anxiety to grasping for some kind of responsibility and achievement is the kind of thing I mean. I suspect I’d also appreciate movies and shows that don’t romanticise that kind of attempt to get your life in order – stuff where the cliche that Shaun Of The Dead does so well is the backstory, and people are just getting by doing thing they love but not necessarily . I haven’t seen The World’s End yet, but I understand it has that kind of attitude. I’ve also heard Treme, a show by David Simon that explores the lives of a fictional New Orleans music scene post-Katrina, has characters at all ends of the wannabe artist spectrum. Are there other shows that honestly show the lives of people just trying to get by, making art and a living? Are there things I could be watching that I haven’t even considered? 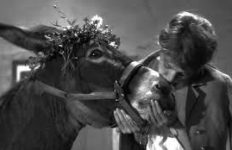 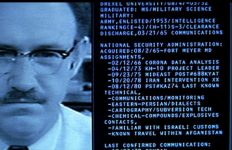