It’s “Best of” season everywhere and The Solute is no exception. Nerd has kicked off the discussion of our best finds of the year (regardless of release date). I see a fair amount of movies, but due to location and time constraints I don’t see quite a broad enough spectrum to declare which are the best movies of the year (it’s Hereditary, since you’re asking). But I do feel like I can make a pretty good dent in the most memorable moments in movies this year, with the caveat that it’s going to skew American and wide release. Please add your own below!

It’s important to note again that this isn’t a list of the best films, because this one certainly wouldn’t make the top 15. But after a 14-year wait, one could feel the collective patter of Incredibles obsessives’ hearts quicken when Brad Bird opened this sequel as if not a moment had passed.

14. Spider-man: Into the Spider-verse – Miles and Peter B. find Peter’s lab.

Winner of the George Miller Prize for the Most Unexpected Critical Fawning over an Unrequested Franchise Installment, Spider-verse took note of our complaints of too many Spider-men and responded by filling a movie with Spider-men, bludgeoning us with origin stories until, through laughter, we began to consider the components that make the machine run. There’s not a lot of surprise in what we find (Turns out Spider-man is about connecting with a sense of responsibility despite hardship!), but there is a lot of surprise in discovering how much insanity the film was really going to dump into the canon.

Since Chloe Zhao’s next memorable moments are going to come as part of the MCU, we’ll line up her most impressive moment of 2018 next to Spidey. A fiction film laid over observations of real people living on a real reservation, The Rider illustrates obsession in an immediate and very real way, gripping tighter and tighter until it reaches possibly the best final scene this year.

Got to slip this one in because likely if you’re not a cycling obsessive, it’s completely off your radar. I am not into cycling, but I did happen to catch a screening of this technically impressive and provocatively edited documentary on David Millar, a British cyclist bent on recapturing the Tour de France after having his title stripped for doping. The camera races alongside with ease catching conversations between rivals. But as Millar struggles to qualify in a late race, the camera watches him churn up a rainy hill and we feel pain in the calves and the agony of pushing against an obstacle that just won’t budge.

“Bear” is not quite the right word – this isn’t The Revenant. Annihilation distinguishes itself early when a standard jump scare is followed by a wide, brightly lit view of a massive crocodile-like creature as it moves to attack again. Add some atmospheric but never obscuring shadows and some profoundly disturbing sound design (plus something like a bear) and you have the high point in monsters for the year. And this isn’t even getting into that ending.

10. Won’t You Be My Neighbor? – Sixty seconds of silence.

This documentary on the career, personality and ambitions of Fred Rogers is 100% sweet without ever becoming saccharine. Morgan Neville’s skill as captor and curator means making this feat look easy, but as the film teaches us, being special means “not having to do anything extraordinary to be loved.” Witness this as interview subjects take Mr. Rogers’ advice and sit for one minute in silence and think about someone who loves them. The film gives them – and us – that 60 seconds as we realize just how much can fill that empty space.

It was as advertised – the biggest and the noisiest of an increasingly big and noisy bunch. Whatever you might think of the MCU and its hold on screens across the nation, Infinity War was unprecedented. It’s the Hoover Dam rather than a Frank Lloyd Wright, a feat of engineering and planning on a heroic scale. And dammit, it’s pretty fun to see Thor talk to Rocket Raccoon. Nobody will confuse it for Shakespeare, but at the same point, it’s pretty impressive to permanently associate the words “I don’t feel so good” with a single scene in movies.

8. The Ballad of Buster Scruggs – Buster gets out of a jam.

The ultimate movie to debate from the ultimate debatable filmmaking duo. Everybody had their Coen Brothers rankings, then we could rank Buster Scruggs segments, now we can rank Buster Scruggs moments. I’ll make mine Buster’s quick-thinking against a rough poker-player who gets the drop on him. It’s the best distillation of everything to come – unexpected, funny, and violent.

First Reformed is a movie that ranked very high for me (#2 on the year) in the aggregate but is a little hard to pick out a singular moment from. I, alas, felt the ending didn’t quite measure up even if it is memorable. Where the movie first grabbed my attention was in an early scene between Ethan Hawke’s depressed pastor and Phillip Ettinger’s radical environmentalist. It’s unusual to hear global warming talked about so plainly in movies that don’t feature Al Gore and the conversation exhilarates us as it does the pastor. We eagerly await their next meeting.

It’s a little ironic that a movie about successfully aiming for the moon should fall so short of expectations. But if Damien Chazelle had to nail one thing it was the majesty of being the first human to set foot on a sprawling alien surface. He did.

5. A Star is Born – The first performance.

This won’t be our worst Best Picture winner. If nothing else, it has some great original music. Sam Elliot gets to be a little hammy. And there was a dose of magic in that moment when an open mic on stage presented itself and Lady Gaga stepped up.

Everything that makes Hereditary great is what makes its first big turn great. The whole movie sets us up to think we’re in control and we’re being dosed our scares according to expectation. Then a late-night ride ends a little more abruptly and little more definitively than we expected, but we’re spared the gory details. For a couple minutes. Suddenly we’re spared no longer and the image is more terrible than we could have imagined in the dark. A new pattern emerges – we’re going to be given the terrible things we fear but not when we think we will.

3. Sorry to Bother You – Cassius looks for the bathroom.

Capitalism is a popular target at the movies today, but most critiques do little more than point out how much it sucks to have income disparities. No film dissects capitalism and its flaws, its appeal, its dehumanizing aspects as thoroughly as this movie which could have the fun squeezed out of it to make an economics dissertation decades in the making. But you would have to squeeze a lot of fun out because the film never forgets to entertain. I don’t have to say what Cassius discovers when he opens the wrong door for you to remember. And if you somehow didn’t catch it, it’s followed by that ingenious, crude stop-motion animation to bring you up to speed.

2. BlackKklansman – Transition to the present.

The best single edit of the year. Spike Lee puts the brakes on his storybook ending and punches the popcorn right out of your mouth. The film proper ends with a shot of a Klansman – an actor in costume filmed in 35mm. This still lets an audience off the hook, letting them nod thoughtfully at the point that racism continues while still having a barrier of abstraction. It’s the same barrier that has allowed racist images and notions to survive in the films featured within BlackKklansman like Gone with the Wind and Birth of a Nation and Lee is deliberately playing in the same sandbox as those films. Then he cuts to cellphone coverage of the Chalottesville march and news footage of the president defending white supremacists and it yanks away that abstraction. Many called this too on-the-nose, but where’s the benefit in being coy here? Living where I do, there are people aplenty who despise cross-burning racism but squirm to be reminded how close it is to the presidency

Here we have the opposite of First Reformed: a film that doesn’t quite make the cut as a whole but has a wealth well-observed moments that shine through and can’t be ignored. This montage of a late-night social media rabbit-hole session contains several wonderful moments in miniature. The choice to use Orinoco Flow, while not obvious on the surface, makes perfect sense in practice (layers of overlapping verses, a hypnotic effect, mild embarrassment at being discovered listening to it). There’s small but crucial touches, like how each of the character’s YouTube posts have no views or a single view (likely her father). Even a dozen views would say something different. The scene successfully avoids asking us to cluck our tongues at the folly of it all but instead invites us to be sucked in as well. It evokes a feeling in a way that will be accessible even when 2018 is distant memory. 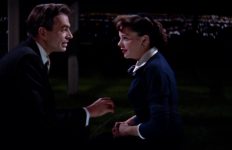 “Now here comes the big, fat close-up”: Jake Gittes on A Star Is Born (Year of the Month)→ 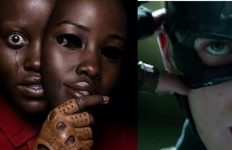