A common tactic in the history of film has been the “what not to do” picture. These can be dreadful propaganda pieces along the lines of Reefer Madness, but there’s also the slightly more nuanced Bigger Than Life, wherein James Mason ends up addicted to cortisone. The film makes it quite clear that cortisone is a valuable drug for treating arterial inflammation, but taking too much of it has unpleasant side effects. (The full-on psychotic break of the film does, on the other hand, seem a touch unlikely.) There are also biopics of terrible people, ones where the main character and the villain are basically the same person. And the moral of the story is, “For the love of Gods, don’t end up like him!” (It’s usually a him.) The problem, though, comes in balancing the sin’s appeal and the punishment.

I have, for my sins, actually seen Reefer Madness, though not in some time. It’s quite obvious that it’s doing really just everything wrong. The actual film quality is terrible, but let’s pass on that for a while. Let us here just examine the appeal-punishment balance.

You have to admit, those people do seem to be having fun. It’s dumb fun, but be fair—that’s what being stoned looks like in stoner comedies, too, where you aren’t supposed to be contemplating punishment. There’s wild jazz, crazed laughter, and lots of sex. Frenzied parties. The whole thing does look like lots of fun, if it’s your style of fun, so you can see where the appeal comes in.

The punishment is suitably dire, too. Rape and death and prison. The fun these people might be having is not fun enough to balance out murder, and so the film does, at least in theory, weigh heavily enough to convince you that the sin isn’t worth it. Mostly where it fails is when the audience is aware that few people turn into psychotic murderers on marijuana, but if that were actually true, well, point made.

So you see the importance, here. I’ve seen movies where the sin looks so dull and unappealing that you don’t understand why anyone needs a punishment, and that makes for a bad film in a different direction. In that it’s just a boring film. You know the sort of thing—living in sin with someone where it’s clear that the sex isn’t good anyway and they don’t even seem to have interesting conversations. So why risk the punishment anyway, no matter how small, for something so pointless? It’s just unreasonable to think anyone would bother.

The real problem is that it’s all so personal. Do you think the person has suffered adequately to how much fun they appear to you to be having? I don’t like The Wolf of Wall Street, and one of the reasons is that it feels to me as though Martin Scorsese puts more focus in how much fun Jordan Belfort is having than how much he is left to pay for it. Yes, all right, you’re supposed to think he’s a terrible person, but it never entirely feels as though the movie is sure there’s anything wrong with that. Especially with how he treats women, but that’s a different conversation.

I’m not much thrilled by their idea of fun in that movie, either, but I’m willing to acknowledge that they seem to be having it. Oddly, the appeal is less personal to me than the punishment. Sure, I’ve no interest in drugs and orgies and so forth, but it’s clear that it’s what makes Jordan Belfort happy. He’s enjoying himself, and that’s quite clear. What isn’t clear, in my opinion, is that he ever feels that he’s really been punished, and maybe that’s the issue—I don’t exactly expect the whole sackcloth and ashes routine, but perhaps an acknowledgement by the protagonist that what he did was wrong?

I would also listen to an argument that this sort of thing never dissuades anyone from any kind of behaviour. It’s probably true. 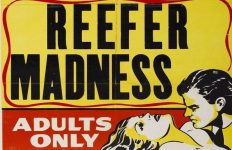 Year of the Month: REEFER MADNESS→ 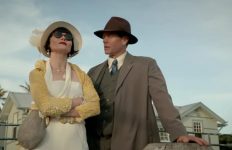 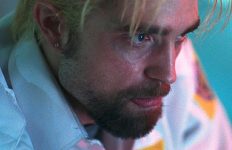 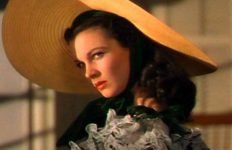