Browse: Home / Thanksgiving Film on the Internet: THE ICE STORM

The United States celebrates Thanksgiving today. Usually associated with feasting and family, the holiday these days brings fraught family tensions to the surface as we navigate tense political situations exacerbated by an ongoing pandemic. As we dread certain conversation topics and negotiating vaccine and masking requirements, it can be refreshing to remember that the holiday has long been associated with tense family gatherings.

1997’s The Ice Storm takes place in the early 70s as the previous decade’s free love ideas finally reach suburban Connecticut. The Hood family is having trouble weathering the change in barometric pressure. Dad Ben (Kevin Kline) is having an affair with neighbor Janey (Sigourney Weaver). Mom Elena (Joan Allen) is lost and bored, dabbling with shoplifting and the attentions of a local minister. Daughter Wendy (Christina Ricci) is doing some dabbling of her own with Janey’s sons (Elijah Wood and Adam Hann-Byrd) and her brother Paul (Tobey Maguire) just wants to ditch the whole thing and hang out with his college classmate crush (Katie Holmes). Thanksgiving weekend brings a key party for the adults, some dangerously unsupervised time for kids, and the promised ice storm for everybody. Soon even the most familiar roads new and perilous.

The cold in this film is deliciously visceral. If you live in an area of the world that doesn’t get winter weather, this is the best approximation of experiencing one. When one character kisses another, their faces wet with melt, one can’t help but cringe at the cold noses against cheeks.

As the above parentheticals indicate, this is a feast of a cast and these are among their best performances (especially the fresh-faced stars of tomorrow). Director Ang Lee demonstrates mastery with these kinds of dramatic performances even at this relatively early stage of his career and he integrates emotional close-ups with invisible technique, rendering melodrama as natural and familiar.

The script, adapted by longtime Lee collaborator James Seamus, comes from the novel of the same name  by Ricky Moody. It’s understandable why Lee would push into other territories after this (his next three films would be dramatic stories in the form of a period Western, a wuxia love story, and a superhero origin story) because this is beautifully done but the genre must have start feeling limited. The story has all the trappings of literary plots of the time – affairs, a return home from school, precocious teen love, the doomed innocent. It’s a solid relic of a time when Michael Cunninghams roamed the Earth. Even the soundtrack pushes against the walls closing in – much of the film uses simple pan flute cues until they’re eventually swallowed by the rising wave of strings that sound like the DVD menus of days gone by.

But it also has Wendy giving Thanksgiving a kiss-off during a family prayer recalling her acerbic take on the holiday as Wednesday Addams, and for these things and more we give thanks.

The Ice Storm is available through most online rental services and on DVD and Blu-Ray. 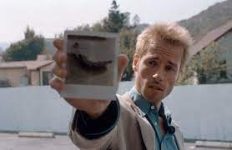 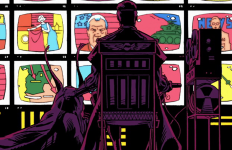