Browse: Home / The Alien History of THE MARTIAN – Part 2: WALKABOUT

In The Martian, because there is communication among the stranded astronaut and his companions back at NASA headquarters, the sense of isolation is purely external. A sense of a shared language secures his self-identity: in this regard, we don’t need to know anything more about him. Put another way, he is an archetype—the abstracted concept of a space-age hero.

Walkabout (1971), directed by Nicolas Roeg, grounds the spaced-out imagery of his later film, The Man Who Fell to Earth (1976), in a story based on a classic Australian children’s book about survival as a problem solving exercise. In this regard, Walkabout resembles The Martian.

But Walkabout departs from the book’s premise (an accidental plane crash), taking a far more disturbing turn. A father drives his 14-year-old daughter and younger son out into the Australian outback for a picnic. As his children begin laying out the food, the father shoots at them. The daughter grabs her brother, and they run for cover.  After setting fire to the car, the father kills himself. The children must find their way back home.

They meet an Aborigine boy on a walkabout, that is, the film explains, an initiation ritual into manhood: he must survive on his own for six months. The subjective memories of adolescence combined with the Aborigine religious practice of regarding past, present, and future as all one, unified temporal experience—“everywhen,” often mistranslated as “dreamtime”—compel us to question if and when the events we observe took place, and which therefore greatly influence our emotional reactions to these events.

Of course, the Aborigine boy speaks a different language than the two other children, whose accent marks them as British, the original colonizers of Australia. Like astronaut suits, the starched school uniforms the children wear set them apart from the landscape. And they have their own rituals: the girl practices her voice lessons while walking with her brother.

When a scene from an urban butcher’s shop is intercut with the Aborigine’s gutting an animal he has killed, the film suggests they are both acts of sustaining life, but absolutely specific to their different environments. Depicted as aliens in the outback, the children depend upon the Aborigine, who knows how to obtain water, hunt and dress game, and make a fire, among other survival skills that are tested during the walkabout.

There is also the implication that ritual performances shape who these characters are, and that it is difficult to change identities. The British children are continuously listening to a portable radio that conveys the impressions of their familiar world back to them. A mathematics lesson plays over the Aborigine boy’s demonstration of how to construct a hunting tool–even science, perhaps, can contain ritualistic elements (such as, for instance, scientific formulas that sound like incantations).

Suggested by the radio signals from global communication systems, there are moments of contact between the two environments. Scientists take weather measurements in the outback—but they seem less concerned with their research than in lounging in their chairs, the male scientists flirting with the one female scientist in the group. Later, a balloon they release will be found by the children. In a less harmonious encounter, the Aborigine boy appears to have a flashback of diving out of the way of poachers in a jeep who proceed to shoot every animal within range.

The film has the slow and steady rhythm of the desert world. There are luminously beautiful close-up images of insect life peeking out of the sand. The struggle to survive is constant, at every level. This is how the world looks without us.

Yet the sense of isolation is broken by the buzz of the radio: the planet no longer feels infinite—and has not, really, for some time. There are greater threats than the poachers, but none feel more real. The poachers’ indiscriminate killing of animals embody the slow violence, well out of the media spotlight, that damages ecosystems, upon which we all depend. The risk of ecological collapse, we should remember, is disproportionate: facing the greatest danger are impoverished minority populations.

It’s admittedly difficult to undo our being conditioned (the radio again being a reminder) in the so-called First World to see ourselves in a certain way. Of course, we don’t mean or intend to harm people who are different from us, do we? We only want to help them. Right there, however, is the problem—this is the legacy of colonialism.

It’s a legacy that has caused colonized peoples to internalize the false belief that they are inferior. Feeling intensely cultural displacement, their traditions devalued and discarded, these people are set adrift. Despair arises, with the tendency to inculcate self-destructive acts. 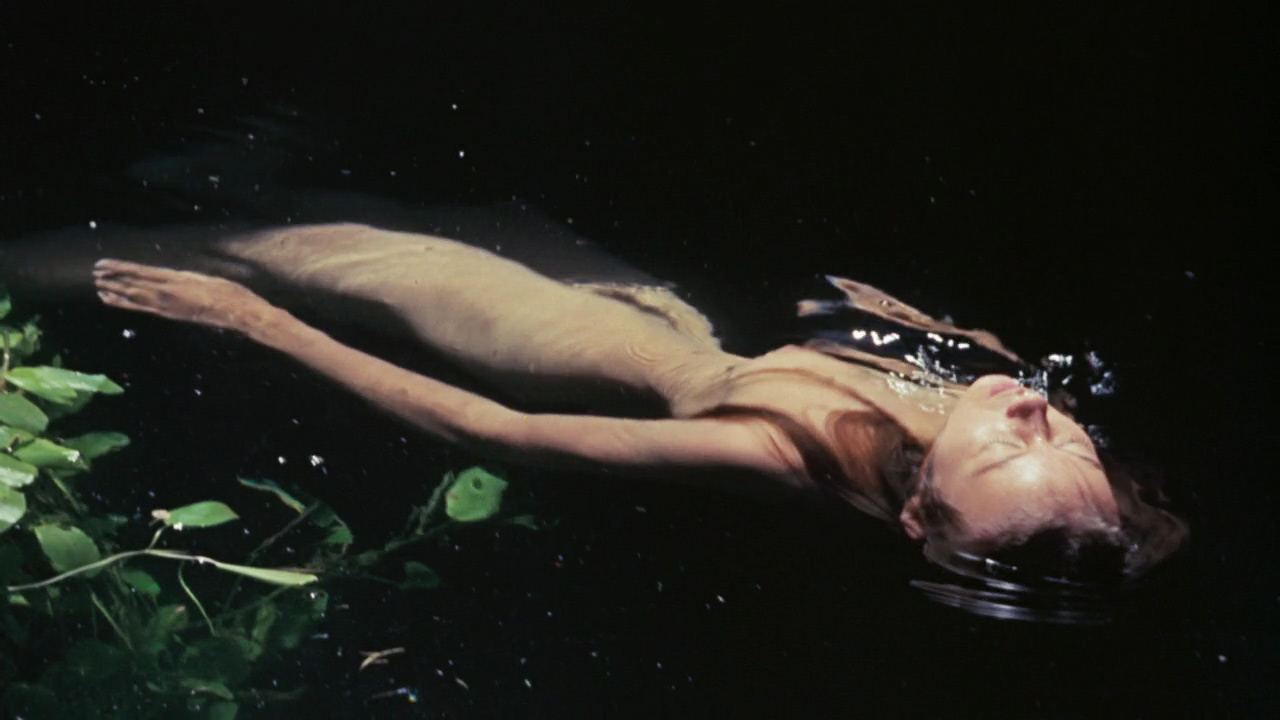 The hazy logic of the narrative is therefore haunted by a colonialist ideology. There is a bucolic scene of the older girl swimming, her body relaxed, momentarily free of social constraints, a race and class consciousness that have programmed her to act in certain ways—such as not hesitating to expect, even to order, the Aborigine boy to help her and her brother.

This scene may look like a picture postcard, an exotic travelogue fantasy, but it pulses with physical desire. The girl is sexually maturing. And the Aborigine boy realizes it.

In a later scene, the Aborigine boy expresses his feelings for the girl by doing a passionate dance. The girl, however, refuses his advances. Out of sadness, the boy hangs himself.

His suicide is, of course, troubling. But to what degree is the girl complicit? It’s a hard question to answer, because intersections of histories, bodies, and emotions are always messy, spilling over with unpaid debts, unresolved conflicts.

The film ends with a domestic scene in a well-scrubbed kitchen in a high-rise apartment building. Now a woman, the girl prepares a meal, and has a flashback to the swimming scene. She appears wistfully lost in this memory.

Nostalgia, to be sure, tends to be far from innocent. The high-rise looming above the beach represents First-World fantasies of dominating the environment—something that continually puts populations, such as Aborigines, at risk. Whether she participated in the past in damaging beyond repair the things she now fondly remembers, at what cost comes her current consumerist lifestyle? Perhaps unfairly, the film may pass judgement.

In contrast, The Martian, without reservations, buys into the dreams of progress. Although it is fairly realistic about the problems that might be encountered during space exploration, it is escapist because it envisions a future where environmental issues are absent. Put bluntly, this is a future we are highly unlikely to see.

We could say, borrowing a formulation from Brian Eno, The Martian exhibits “nostalgia for a different future.” And this kind of nostalgia appears just as troubling as memories of an unspoiled oasis does in Walkabout. We need not feel compelled to adopt the “everywhen” of the Aborigines to see that the past and present are connected to the future—and at this moment, we are shaping, with what can only be expressed in the most bleakly ironic sense, the future we should fear the most. 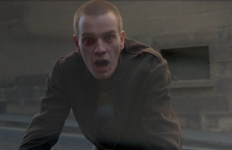 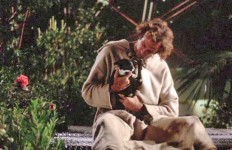 The Alien History of THE MARTIAN – Part 4: SILENT RUNNING→ 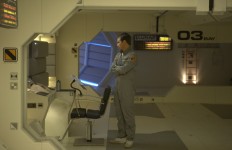 The Alien History of THE MARTIAN – Part 3: MOON→