It’s not like any of you are going to see this, so I’m revealing the ending not that you couldn’t have guessed it before the movie even begins.

The Angry Birds Movie is everything we demand of our video game movies. It sets up a backstory for the characters, and then it takes all the elements from the game, and runs us through a real life simulation of playing the video game. It’s like Super Mario running through pipes, jumping over crates, and stomping on goombas. Or, watching a guy climb up steel beams of metal to fight a giant ape throwing barrels at him. The mechanics of Angry Birds was simple: throw birds via a giant slingshot and watch things get destroyed. And, that’s exactly what the third act is. It delivers a bright, kinetic experience of mass destruction as birds snark while bombing Pig Island, complete with references to random R-Rated movies like The Shining. It’s also the stupidest part of the whole movie.

The first two acts of The Angry Birds Movie is a modern reworking of Chicken Little. Red, our hero, is sentenced to months of anger management after an opening incident involving a birthday clown. There, he meets a handful of birds that form the basis of the game: Chuck, Bomb, and the delightfully grumpy Terrence (best character of the whole damn movie because his dialogue consists solely of growls and grunts of annoyance).

Eventually, the Pigs from Pig Island come around and modernize Bird Island. They bring cars and techno-laced parties, all out of the goodness of their hearts. It all seems a little sketch to Red, who sizes everything up with a certain amount of skepticism. And, then the Pigs steal the eggs launching into the third act battle involving a giant slingshot.

It’s a generic movie that doesn’t deserve any bigger review than this brief whatever. It’s a distraction in a similar way to the distraction the pigs give to the birds, even if it does champion Red’s “sky is falling” paranoia. Maybe the cynics and skeptics are right, the movie ponders. Maybe we should be angry. Maybe we should be bombing the shit out of the other people. Maybe the rich do deserve to have their houses destroyed into rubble! MAYBE WE NEED A CLASS WAR! GO OUT AND BOMB THE SHIT OUT OF THOSE FUCKERS! YAH! RAWR!!!

Oddly, even though the angry birds deliver what seems to be an equivalent to a nuclear bomb to the rich folks at Pig Island, the pigs magically survive. Which brings us to war as a victimless event. Now, Pig Island is actually across the water from Bird Island, and it almost seems that The Angry Birds Movie is advocating bombing far off countries, but then everybody survives (including the king) and everybody lives happily ever after. What kind of moral is that? You can go to war and bomb the shit out of people, but everybody lives and is merry and singing a fucking song at the end? WHAT THE FUCK?! AND WHO IS ACTUALLY RICHER THAN AMERICA? MONACO? SWITZERLAND?! DO YOU WANT TO GO TO WAR AGAINST THE SWISS, MOVIE?! OR, MAYBE WAR WITH PANAMA?! WHAT ARE YOU TRYING TO SAY?!!?

In the end, this movie is just distracting people and th.eir brats long enough to take their hard earned money for a shoddy product. In other words, this movie is a meta-hypocrite and SONY DESERVES TO BE DESTROYED!!  CAWWWWW!!!!! 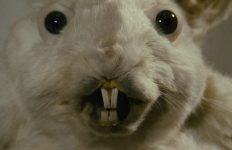 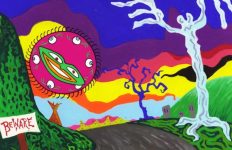 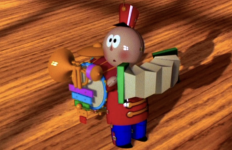