Browse: Home / The Friday Article Roundup: Can We Interest You in Alternatives?

You may want to take a comfortable approach on these subjects, but can we suggest other routes to discussion? The Oscars as an auteur’s triumph? “Singular horror visionary” instead of “director of the Rebecca remake”? Original creators instead of most visible? Netflix’s as a thorough consumer tester instead of company run by a ridiculous algorithm? Replacing Citizen Kane with Paddington 2?

No alternatives to giving thanks to Casper and scb0212 for contributing this week. Send articles throughout the next week to ploughmanplods [at] gmail, post articles from the past week below for discussion, and Have a Happy Friday!

In tune with the opinions of certain Soluters, Keith Phipps opines in GQ about Steven Soderbergh’s auteurist signature on the 2021 Oscars:

If nothing else, it will likely go down as a good night for Soderbergh, who’s rarely turned down a chance to experiment — or seemingly worried when an experiment failed — since putting his Hollywood career on pause to make the peculiar and unforgettable 1996 movie Schizopolis, Since then, he’s rolled with the times. He was an early adopter of digital video and the possibilities it opened up and “retired” from filmmaking only to become a kind of one-man-band for the TV series The Knick, then brought lessons from that venture into his return to filmmaking. Failure, success, praise, criticism — for Soderbergh it’s all always been fuel for what comes next, no matter what he’s had to break to make it happen.

About a minute into Johnson’s demonstration, I tell him it reminds me of channel surfing on a regular TV. He tells me that’s exactly what Netflix’s designers were going for. “It’s trying to take what is one of the best things about linear TV, which is immediate entertainment, but make it even better, because it’s personalized,” Johnson says. So unlike old-school TV, Netflix’s version of changing channels makes sure you start at the beginning of a title and not somewhere in the middle. It knows if you’re halfway through a binge, serving up the next episode in your queue rather than one from two seasons ago. And of course, the programs you’re shown are determined by the algorithm, rather than some anonymous network executive. “It uses [member] taste, but it takes away a lot of that decision-making angst,” Yellin explains. In other words, Play Something is meant to evolve the Netflix recommendation engine, not replace it.

Nerisha Penrose writes in Elle about the co-option of Black dance routines on TikTok by white performers:

TikTok, like several other short-form apps, has always been a launching pad for trends and emerging stars, but also serves as another medium for Black art to be stolen and appropriated. In a perfect world, posting an 8-count routine and helping an artist’s song go viral on the app would result in exposure and opportunities outside TikTok’s walls, like center stage on national TV. And for many of TikTok’s white creators, this “perfect world” is just one upload away—regardless of whose toes they step on along the way. For Black creators like Mya and Chris, center stage is just a pipe dream as they watch others enjoy the fruits of their labor. Mya admits she was initially happy when she saw Rae perform her routine on Fallon, but once the high wore off, she realized she and Chris were robbed of a moment that would have provided them an even bigger platform and opportunities.

Wheatley’s new film, In the Earth, is Wheatley in his native low-budge element: the bristling, uneasy micro-maybe-nightmare space of Down Terrace, Kill List, Sightseers, A Field in England, and the J. G. Ballard adaptation High-Rise.  This palate-cleanser Wheatley wrote and shot fast amidst the summer lockdown of 2020 revisits hallucinatory Brit paganism as an obsession, and with the odd sense of terrifying amplitude emanating from what must be by now a pretty modest hunk of wilderness. (Who has mythologized their moors and forests more intensely than the English?) Wheatley loves picking at this cultural-historical scab, and his best moments scream with animistic paranoia, deeply suspicious of the green and of the deranged creature-people found there.

A contemporary, and unimpressed, review from the Chicago Tribune published under a pseudonym has smudged Citizen Kane‘s previously perfect Rotten Tomatoes score…

“You’ve heard a lot about this picture and I see by the ads that some experts think it ‘the greatest movie ever made,'” reads the review. “I don’t. It’s interesting. It’s different. In fact, it’s bizarre enough to become a museum piece. But its sacrifice of simplicity to eccentricity robs it of distinction and general entertainment value.” The review went on to pan the film’s iconic use of shadow (“it gives me the creeps and I kept wishing they’d let a little sunshine in”), yet praised Welles in the title role (“a zealous and effective performer”).

…The Hollywood Reporter asked Paul King his reaction to Paddington 2 now being the highest reviewed film on the website:

“It’s extremely lovely to be on any list which includes Citizen Kane, but it is obviously quite an eccentric list that goes from Citizen Kane to Paddington 2, so I’ll try not to take it too seriously,” he tells The Hollywood Reporter. “I won’t let it go too much to my head and immediately build my Xanadu. But I have been cooking up a model just in case.” King jokes that if Welles were alive today and “had access to the kind of technology” now available, he might have come up with something “nearly as good” as Paddington 2. “But he had to make do. He had muster his meager talent into merely knocking out Citizen Kane.” 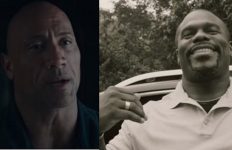