Shhh… let’s dispense with the formalities and just quietly snuggle in with some great, long reads.

Thanks to scb0212 for contributing this week, he shall be rescrambled into scb2021 for the day. Remember to send articles throughout the week to ploughmanplods [at] gmail, post articles from the past week below for discussion, and here’s to a whole year of Happy Fridays.

One of my favourite things about the show is how seamlessly the Indigenous characters are woven into the rest of the groups in Letterkenny, banding together in fights or to party together. This in particular reminds me a lot of my high school years in the small town next to Six Nations—we sometimes stayed in our own crews, but we often mixed it up. Or, as Horn says, “we’re just part of a tapestry that is Letterkenny.”

“From the beginning, we definitely had a responsibility to make fully dimensional people,” says Tierney. “My favourite thing about [Tanis] is that she’s gone from being an enemy, to a friend, to a girlfriend, to an ally and to a rival. She’s allowed to live in the world, and not be one thing. And I think that that’s the best thing we can possibly do.”

At Harper‘s Ann Patchett spins the tale of her unexpected and deep friendship with Sooki Raphael who worked as a personal assistant to Tom Hanks:

“Come on, Sooki,” [Hanks] said, his voice gone grand. “Let’s go back to the hotel. I need to find a Belvedere martini.”

I hoped he would ask me to join them. I’d spent two hours on a stage talking to Tom Hanks, and now I wanted to talk to Sooki. Sooki of the magnificent coat. She had said almost nothing and yet my eye kept going to her, the way one’s eye goes to the flash of iridescence on a hummingbird’s throat. I thought about how extraordinarily famous you would have to be to have someone like that working as your assistant.

Neither of them asked me out for drinks.

The prevailing themes of Docter’s work are development and growth, with the worlds of each film functioning like an apparatus for its characters to understand themselves—and one another—a little bit better. It’s not for nothing that his films tend to be the most emotionally gratifying in the Pixar line, because their whimsy is always checked by real, often bittersweet sentiment. He’s probably wrung more tears out of audiences than any other director in Pixar’s rotation—whenever people talk about one of the studio’s films being made more for adults than for children, they’re most likely referring to something of his. Knowing it’s OK for a preadolescent to feel unhappy sometimes may not be a big scoop for preadolescents, for example, but it’s a major shift for parents used to managing their kids’ emotions.

Consider the work of arguably Broadway’s greatest composer, Stephen Sondheim. There have only been a few full movie adaptations of his classic shows, and each suffers greatly from attempts to make a stage-bound production feel more like cinema. Nearly all of the adaptations cut too much of the music, either in alarming quantities (as in A Funny Thing Happened on the Way to the Forum and A Little Night Music) or just enough to affect the overall meaning and flow (as in Sweeney Todd: The Demon Barber of Fleet Street and Into the Woods). In the case of Tim Burton’s Sweeney Todd, while the film looks amazing, the choice to cast the non-singers Johnny Depp and Helena Bonham Carter in the leads rendered a robust score fairly bloodless. 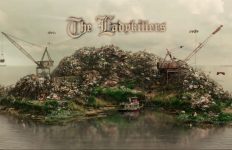 Year of the Month: Miller on THE LADYKILLERS→ 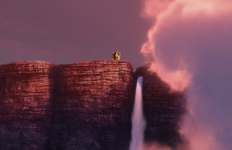 Year of the Month: Up→