Browse: Home / The Friday Article Roundup: In Cyberspace, No One Hears You Scream

This Week, You Will Blast These Noises Into the Void:

Thanks to Drunk Napoleon and scb0212 for rescuing articles from oblivion this week. Send articles throughout the next week to ploughmanplods [at] gmail, post articles from the past week below for discussion, and Have a Happy Friday!

Ashley Peldon tells The Guardian about being a scream artist for the movies:

As a scream artist you have to know the subtle differences between screams and determine whether they should peak at certain points, or remain steady for a very long time. I have to think: ‘OK, the character is scared here, but are they scared because their life is in danger or are they just startled?’ Those screams will sound very different. Ghost stories, for example, will often use a shrill, harsh scream because we need the audience to also experience fear.

This was a huge build of turfed houses for a settlement at Knock Dhu, about 40 minutes from Belfast. It was originally to be shot in mid-March but with lockdown we ended up shooting here in late autumn. It was an incredibly challenging set – one very steep and windy access road, completely remote, and an existing ancient burial ground with a lot of restrictions on building, digging, planting, etc. The weather was atrocious generally – you needed at least two sets of full wet weather gear on the worst days. It was bleak.

This is the magic trick of Joplin, in a way, just as it’s the magic trick of The Sting: this shit is hard. It’s not easy to do. Newman didn’t sign on to The Sting to reunite with his old pal from the wild, wild west. Newman signed on to The Sting to prove that he can be funny. Is Newman funny? I don’t know. Is Joplin easy? I suspect that the answers are similar: no, but it can look that way, seem that way, feel that way. Only the person pressing the buttons really knows.

Axios reports that Nintendo is the latest gaming giant to face controversy in the face of worker attempts to unionize, as the company is the subject of a complaint with the National Labor Relations Board:

Unionization efforts in gaming have increased over the last year, due to both simmering worker discontent in an intense field and in reaction to high-profile scandals at big game companies. Some workers at Call of Duty and World of Warcraft giant Activision Blizzard announced the beginning of a union drive in January, and employees of subsidiary Raven Software are currently in a labor dispute with Activision management that is being overseen by the NLRB. […] Nintendo has, at least publicly, largely avoided any of the scandals rocking the industry. The NLRB complaint could change that.

And for Time, Judy Berman talks about the lack of laughs from comedians who remained obsessed with their detractors:

In defending their ideas and their work, too many of the most famous stand-ups have become smug, narcissistic, self-righteous, petty. Maher epitomizes this exhausting phenomenon. As excruciating as some of his opinions are (on R. Kelly: “The music didn’t rape anybody”), what’s most unappealing is the manner in which he delivers them—as though he’s the only sane, smart person in the world. The more public pushback he gets, the more sanctimonious he becomes. “We never stand up to the people who wake up offended and live on Twitter,” Maher complains in the special, as though his Real Time monologues weren’t engineered specifically to inflame that crowd and rally his own social-media surrogates. This sort of sentiment is common among comedians of his cohort: rich, famous, middle-aged, liberal men with ride-or-die fandoms who rail against cancel culture as a threat to their free speech, despite the fact that said culture doesn’t even have the power to prevent Louis C.K. from winning a Grammy a few years after he admitted to sexual misconduct. 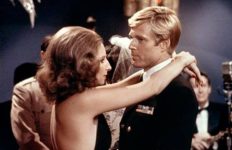