Written and directed by Alex Ross Perry, Golden Exits is about letting go. For Nick, an archivist, and Buddy, the owner of a small recording studio, this means letting go of their past bad-boy behaviors and the desire to return to these behaviors. For their wives, Alyssa, a therapist, and Jess, the studio’s business manager, respectively, this means letting go of their resentment for their husbands’ past indiscretions. And all of them, well past their twenties, without children, and living within a few blocks radius of Brooklyn, must grapple with the illusion that drifting away or spacing out is not a warning sign.

This illusion becomes potentially more hazardous when Naomi enters the picture. In her middle twenties and newly arrived from Australia to be Nick’s assistant, she also happens to be a family friend of Buddy, obliging him to spend time with her. The film’s premise is obviously influenced by Eric Rohmer’s moral-tales series, which tend to gently expose the weakness that men have for the attention and adulation of younger women, an influence that Perry has openly acknowledged.

Although Rohmer’s films resolve through balancing morality and desire, Golden Exits questions why there’s too often a double-standard when it comes to the evaluation of the conduct of men versus women. Alyssa’s weariness and Jess’s air of stoicism suggest the toll this double-standard can take on relationships. Nick and Buddy, on the other hand, are at least self-aware enough to know the privilege they have, and some idea of how it can be used.

Without the proclivity for burning bridges that the protagonists had in Perry’s previous films, Listen Up Philip and Queen of Earth, Golden Exits feels like a heavier film, moving at a slower pace that draws out the mounting stresses of conflict avoidance. In about a two-month time span, we observe Naomi’s effect on both relationships already at the brink of instability. Nick is archiving the materials of Alyssa’s late father, a project being supervised by Alyssa’s sister, Gwen, who manages the estate and most definitely does not forgive and forget Nick’s past offenses. Meanwhile, Buddy has drifted into a phase of going out at night without Jess, leaving her to handle the complaints of her sister, Sam, about her being in a dating wasteland and in a rut working as Gwen’s assistant.

At this point, I should take the opportunity to address the “divisive” response to the film. One of the more damning judgments is by A.A. Dowd (whom I have previously found a fair assessor). In a C- review for the AV Club, which spins variations on his flatly stating how bored he was while watching it, he says that Perry “has made something ponderously artificial: a deadly fusion of the mundane and the affected, like some black-box-theater parody of an Ingmar Bergman art drama.” Although Perry may, at times, share Bergman’s sense of cosmic irony, the performances in Golden Exits don’t mock as much as they swerve away from the typical Bergman endgame (which involves oscillating between abstractions and absolutes). And that’s, to a significant degree, due to the interesting acting and directorial choices.

Former Beastie Boy Adam Horowitz plays Nick as a past-expiration-date hipster who clumsily hides behind a self-contained pose, a particular affectation with his reading glasses markedly ridiculous in a man his age. Jason Schwartzman evokes the prickliness of his character (a disgruntled writer) in Listen Up Philip to convey how Buddy can’t resist acting uncool to show how cool he is.

Of course, Naomi becomes far more attracted to Buddy than to Nick. And during Nick’s guys-only barroom birthday celebration that oozes a toxic masculinity you can almost smell, a mutual friend buys Buddy and Nick shots and tries to goad them into sleeping with her. Perry inserts a telling detail: Buddy and Nick don’t know each other, and they don’t know that they both know the woman being talked about.

Buddy tells their friend no way. Nick, who’s further gone, goes to Naomi’s apartment. Playing a scene that epitomizes the film’s unexpectedly fast emotional shifts, Emily Browning, as Naomi, after letting Nick in, projects first an edge-of-your-seat anxiety, then a quick glimpse outside of this anxiety to masterfully defuse the situation.

This scene also demonstrates that the women actors, overall, do as much, if not more, of the heavy lifting. Mary-Louise Parker almost walks away with the film—in the role of Gwen, her ferocious conviction about going down a different road than her sister has been inculcated by her past experiences of feeling blocked. More subtly, Analeigh Tipton captures the slipperiness of Jess, who knows more about what her husband has been up to than she lets on.

Perhaps the most unsettling performance is by Chloë Sevigny. She plays Alyssa as a spaced-out bystander for most of the film, until the moment when she says exactly what she wants, and you can feel her feeding off of her sister’s energy.

Without the stylistic flourishes of the voice over narration in Listen Up Philip and the flashback structure of Queen of Earth, our attention in Golden Exits is drawn to the cinematography of Sean Price Williams, who’s worked with Perry on all three films. Bathing Golden Exits in luminous end-of-the-day hues, Williams creates an elegiac counterpoint to the film’s somber outlook.

Like the barroom scene, which is a memorable depiction of how people talk about someone when that person is not around, Golden Exits—Perry’s best film to date—is quietly confrontational. It’s not afraid to let us down, and not always in the easiest way. 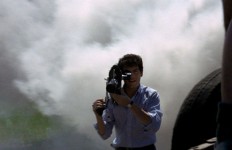 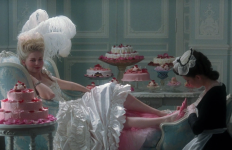 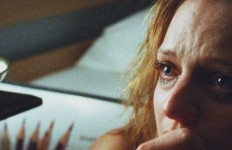 A Woman Over the Influence: QUEEN OF EARTH→