Browse: Home / The Secret Reason Not to Watch Movies Out

I don’t remember who it was, but I was saw a critic grousing about a ratings system on At the Movies of “see it”/”rent it”/”skip it.” Why, he asked, would you want to see a movie but not want to see it enough to see it in the theatre? And I thought, well, there’s a man with a lot more disposable income than I have. Probably no kids, either. Because even without getting into the whole “is the theatre even worth it anymore?” debate—and I like going to movies in the theatre, actually—wanting to see a movie is not always the same as wanting to see it in the theatre.

When I watched Follow This Bird for the first time a few years ago, one of the things I wondered was why it had been the first time at all. I was in my mid-thirties, and the movie came out when I was a kid. My younger sister was probably still regularly watching Sesame Street at the time. And then I thought about it and thought, “We probably couldn’t afford it that month.” Even going to matinees, even with reduced-price children’s tickets, that could have been enough to break our budget. My dad died when I was six, leaving my mom alone with three children aged two, six, and eight. I know it was a constant struggle for Mom to keep food on the table and a roof over our heads, much less take us to the movies. I remember seeing Disney rereleases—I actually saw Song of the South in the theatre during its last US release—but we went to the movies at most a couple of times a year. I didn’t see The Goonies or The Karate Kid or any of a wide range of other cultural milestones of my childhood, because Mom couldn’t afford to take us.

Part of my disposable income every month does go to a Netflix subscription, and I even still get DVDs. (Because there are a lot of things unavailable streaming.) On the other hand, the majority of movies I watch in a year are from my local public library, which only charges me if they’re overdue. Probably half or more of my movie collection was either previously viewed or a gift. About the only time of year I see multiple movies in the theatre is Oscar season, when that’s what my whole spare budget goes to. (Also renting new releases I won’t get from Netflix in time.) Movies are a high priority to me, but not as high as cat food.

Because that’s the issue, isn’t it? Prioritizing. I’d rather own a movie I know I like than see a new movie in the theatre. I’d rather rent and make dinner together than have an evening out. Oh, part of that is that I’m the kind of person who can watch movies over and over again. Several of the movies I own have gone through a couple of upgrades—from “taped off TV” (or “pirated from a friend’s copy”!) to “bought my own VHS” to “moved on to DVD.” Soon, we’ll be going to Blu-Ray for some of them, and I’ll have seen them a hundred or more times. I’m okay with that; another of my priorities is that, some days, I’d really just rather watch Pump Up the Volume again.

Hey, if you have the disposable income to see as many movies as you want, I’m not judging you. I’m also pretty sure that part of that critic’s problem was that he doesn’t pay to see many movies these days anyway. I wouldn’t mind that myself. Then, time becomes a factor—I have less spare time than I used to, and I won’t reliably have the time to watch four and five movies a day for a while. So still priorities. As it is, I see a lot more movies than most of my friends, because not having a job gives you spare time even when you have a toddler. Even if he is going to be hitting the age soon where I have to be careful about what I watch around him.

All I’m saying is that, in certain circles, there’s a judgement—how can you not have seen whatever-it-is? I just today caught up on season four of Boardwalk Empire, because we can’t afford HBO. (Which, come to that, would do something for my new release problem.) I don’t know when I’m going to see Boyhood, even though it was the only movie playing at our local art house for a solid week. (Which is two shows a day on their single screen, but anyway.) I needed a new sewing machine—and there was a new theatrical Rifftrax recently, and I always find room in my budget for those. My favourite art house movie of the summer? I didn’t see any. The only movies I saw were the big superhero blockbusters (except Spider-Man, because I like Spider-Man). My boyfriend and I can agree on those, so they’re a priority. Probably for the same reason my mom saw Return of the Jedi in the theatre a few months after Dad died; everyone needs a break, and that was hers. 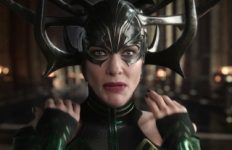 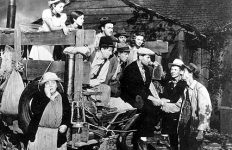 Nobody’s Got No Class→