Pretty much everyone who’s been in an English class that studied satire can tell you the story of the person who thought “A Modest Proposal” was serious. Every day, people believe Onion headlines are real—and once, when I pointed out to someone that a headline was from The Onion, the person I said it to responded with, “But it’s something we have to take seriously anyway!” Which, um, no. No, we don’t. There is, of course, a distinction between “satire” and “fake news,” and that’s something we have to be aware of, but truly good satire should also make you stop and think a minute.

I feel like most of the stuff going around these days that gets labeled as satire is just “making crap up.” This is not the same. Not even a little. Celebrity death hoaxes are not satire. They’re just annoying. “[Political candidate] hiding [scandal]” isn’t really satire, either, unless it’s something like the Ted Cruz For Human President site, where the joke is that he’s Totally Not Hiding Being An Alien. A secret mistress? Not satire.

I feel like we’re out of the habit of well-done satire for the most part. There are a couple of websites that still traffic in it, but mostly, we’re just not putting in the work. I don’t tend to satire, because I’m not terribly good at it—but I know my limitations. Apparently not everyone does. This is another one of those “you can know when something is bad even if you can’t do it yourself” things, too, because I can feel serious frustration at bad satire even without being able to produce good satire myself.

I guess part of the issue for me is that satire has to be making a point. A lot of the sites that claim to be satire are making no point whatsoever. They’re just a bunch of dumb made-up stories. And while there’s nothing wrong with making up stories, it’s not really the same as satire. Worse, a lot of them are dumb made-up stories that are punching down. “Florida Man,” for example, tends to be classist. (Yes, many of those are real stories, but as a concept.) More than a few are racist or sexist as well.

Parody is its own separate issue, but I feel as though it connects—we don’t know how to be funny about what’s around us. There’s an argument to be had that current world events make satire difficult, because how do you go beyond reality? And I don’t know how to respond to that, honestly. But it feels as though our problem with satire is older than that. Maybe we should all read more Swift.

Help me finish paying those student loans; consider supporting my Patreon or Ko-fi! 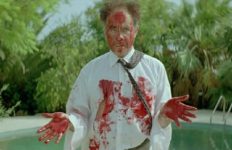 WORLD’S GREATEST DAD and DOGTOOTH (Year of the Month)→ 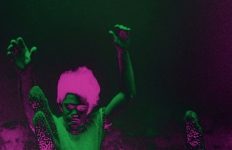 Year of the Month: HEAD→ 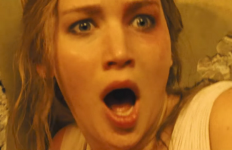 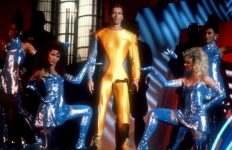 Film on the Internet: THE RUNNING MAN on Netflix→