Long before New Kids On The Block and Backstreet Boys, America had The Monkees, a boy band created from scratch for the purposes of making a kid-friendly television show. Masterminded by Bob Rafelson and Bert Schneider, The Monkees series, yet another 1960s zany comedy using new wave techniques to point out its own fiction, lasted two seasons. Even as Davy Jones, Peter Tork, Mickey Dolenz and Michael Nesmith acted as the face of the band on the series, a completely different studio band recorded their first two albums. Tired of not playing their own music, The TV Monkees blew the whistle on the whole operation. They announced they weren’t the ones recording the music, hoping to gain power in the studio and respect in the public. While the whistleblowing did chased off their studio producer, allowing The Monkees to begin recording their own music, American audiences, who already thought they were a kitschy corporate knockoff for kids, further shunned the band for not playing their own music in the first place. Though they wrote and recorded the music for the next few albums, it was too little too late. Much like Milli Vanilli, their reputation for being a cover band stuck to their reputation and followed them for the rest of their career. The constant bad press combined with the strain of their touring schedule and television shooting schedule to create stress between The Monkees and their producers. The Monkees was cancelled after its second season in 1968.

1968’s Head emerged out of these pressures. Both The Monkees and Bob Rafelson felt increasingly limited by their children-friendly television. Half a decade into the Vietnam War, it seemed that they were all disenchanted with providing bubblegum entertainment while larger political movements were happening in the real world. Besides, nobody took them seriously. In 1969, Davy Jones bitched at Tiger Beat:

I get so angry when musicians say, ‘Oh, your music is so bad,’ because it’s not bad to the kids. Those people who talk about ‘doing their own thing’ are groups that go and play in the clubs that hold 50 people, while we’re playing to 10,000 kids. You know, it hurts me to think that anybody thinks we’re phony, because we’re not. We’re only doing what we think is our own thing.

Along with being constantly derided by even the teeniest of teeny-bopper magazines, The Monkees and Rafelson had had it with their career and each other. They were ready to blow up their carefully crafted image while deconstructing the notion of fame and hitting the self-destruct button on their careers.

In the late 1960s, the movie industry was also straining to break out of their self-enforced formulas by creating movies inspired by the drug culture. In 1968, The Beatles released Yellow Submarine, a psychedelic journey through acid tripped animation that remains a stoner classic. Also in 1968, Stanley Kubrick released 2001: A Space Odyssey, featuring an extended psychedelic trip of experimental solarized imagery. Finally, also in 1968, Otto Preminger released Skidoo, an incomprehensible meta-film that, as Johnathan Rosenbaum puts it, “enlists a legion of Fifties TV corpses into an amalgamation of every conceivable Hollywood genre.”

Somewhere in between these similar films, Bob Rafelson and The Monkees gave us Head, a film that opens with an announcer unable able to deliver his message due to Not-Really-Faulty equipment quickly followed Mickey Dolenz jumping off a bridge only to be saved by psychedelic solarized mermaids. There is no linear story or plot to Head; instead, the movie is a fractured riff on The Monkees’ ongoing distaste for Hollywood and their own image. Head speeds through every conceivable Hollywood genre with the speed of a clip show, all while constantly thrusting footage of the Vietnam War at the viewer. At one point, The Monkees are in a WWII trench getting tackled by a football player, and in the next scene Mickey is in a desert trying to get a Coke from a broken Coke machine while the Coke jingle ironically mocks his desperation. They punch out a lunch lady while ironically wondering what hitting a woman will do to their wholesome image. Although a G-rated film, they still manage to insert documentary war footage including the infamous execution of Nguyễn Văn Lém. Each Monkee takes an opportunity to stop their particular scene in order to yell at Bob Rafelson that they’re sick of making this shit.

You say we’re manufactured.
To that we all agree.
So make your choice and we’ll rejoice
in never being free!

There is a repeated motif: The Monkees are constantly trapped in a box, an obvious metaphor for their own feelings of being constrained by their public image. Through five separate dreams, each Monkee imagines themselves to be isolated within a confined space (ex. a large box or a giant vacuum) only to return to the “real world” where they’re not in control of their real life situations. It’s a movie borne of impotence, represented with a kissing contest where the female judge decides none of them are all that great. They couldn’t do anything about the political situation from within their kid-friendly definitions, so now they are struggling against their own self-centered imagined importance.

As shallow and silly as Head is, it somehow has more to say about political beliefs than any of the afore mentioned 1968 movies it shares its style with. Rewatching Head this weekend, suddenly it holds a renewed resonance as more than just a silly psychedelic showbiz satire by a band frustrated with their own image. In the era of Trump, I’ve been feeling a weird combination of feeling empowered by the resistance and defeatist toward the corrupt forces in office with few options for legitimate and effective rebellion. I can see a current strain of inter- and intragroup distrust and antagonism that keeps the public from uniting as a singular force to reject or fix the system currently in place. Similarly, not only are The Monkees straining against the forces keeping them trapped, they’re also rebelling against a series of everyday antagonists (the football player, the cop, the lunch lady) who ensure The Monkees are trapped in a singular form of expression. In both Head and modern politics, people are pressured to say the right things so they don’t isolate the people who usually agree with them, ultimately creating a feeling of being trapped by public image.

Head isn’t a comedy. It has its silly moments, but its not all that funny. It’s more dramatic than funny, it’s hateful, bitter, sour, and angry; in other words, Head is a really bad trip. But, in the current political atmosphere, Head has transformed from a transparent self-destruction into a horror movie of paranoid political consciousness.

In the 18 months after the film, Peter Tork, Bob Rafelson and Mickey Dolenz left The Monkees in rapid succession. Michael Nesmith went on to have a healthy country rock career, eventually producing films like Repo Man and Tapeheads. He won the first Grammy given for Long Form Music Videos for his hour-long special Elephant Parts. Bob Rafelson and Bert Schneider would produce Easy Rider before forming BBS Productions with Stephen Blauner to produce New Hollywood cornerstone films like Five Easy Pieces. Mickey Dolenz, Davy Jones, and Peter Tork would struggle with stage, film, and music careers before forming The Monkees reunion in the late 1970s when The Monkees found renewed popularity in syndication (Tork would join in the 1980s). 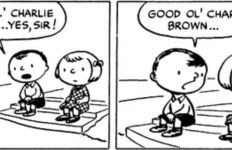 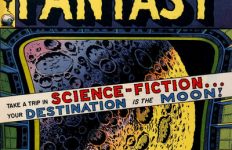