Browse: Home / The Sweep of Our Legend

“When the legend becomes fact, print the legend.”

The United States was not born in the West. Even the oldest Western cities, the ones founded by the Spanish, are for the most part younger even than the Declaration of Independence. The United States got its start in Virginia and Massachusetts; the West is where people went from the East. And yet our most iconic scenes as a people are the sweeping panoramas of Arizona and Utah, places that even today are sparsely populated, places where few events of major historical importance have happened.

So what’s the deal, Americans? I mean, yeah, I’ve lived on the West Coast all my life, but I only know of one Western set in the Pacific Northwest and none in Southern California. Yes, the American Southwest is beautiful, but is it really so much more beautiful than the rain forests of Washington State? (Insert the beautiful bits of your own region here.) And, you know, quite a lot of our history happens in cities, even two and three hundred years ago. And if you want stories of pioneers, why is the American Southwest so much more interesting than the Great Plains? Why do we do this?

I think that part of it is that the United States is built on a dream of what might be over the next hill, around the next bend in the river. Okay, you know, a lot of that is the hope that it will be gold. The first permanent British settlement in what is now the US involved a lot of problems because the people who came there were more interested in searching for gold than they were in farming. All of this is true. On the other hand, there’s a wish to find a place to be yourself without the expectations of those you’ve left behind.

Because we are a nation of immigrants, and because we take such pride in that immigrant heritage (while, of course, simultaneously hating all immigrants who came after our ancestors did), we have developed a consistent admiration for the idea of the self-made man, the man who finds success without relying on anyone else. We ignore the fact that you basically can’t really do that, and we instead idolize the people we believe did it. Farmers? Up until quite recently, more Americans were farmers than anything else, and there’s nothing glamorous or unusual about farming. But riding alone into a wilderness that you’ll tame with your own two hands? That’s glamorous.

It’s interesting, too, that our Western heroes are both outlaws and lawmen. Take the story of the shootout at the OK Corral—an objective look at the evidence shows that there weren’t really any heroes there, and but for the fact that Wyatt Earp lived long enough to make it to Hollywood, there’s no reason to believe that a story couldn’t be made with the dead as innocent victims. It’s an ambiguous situation, but Earp has more than fifty different TV and movie portrayals, including a TV show just about his own life, and Ike Clanton has only about half that, and while I haven’t looked it up, it’s safe to assume that all of his portrayals are alongside people portraying Earp.

It is also, I think, true that the stories of the Wild West served in part to separate us from our ancestors on other continents. (I’m leaving aside Native Americans, because that’s a whole other conversation.) Stories in cities are about cities; stories in the Wild West are stories about America. It’s probably also why so many war movies are about the Civil War; we are attempting to establish our own identity. We’re still a young country, after all.

Every nation needs its folklore, and the folklore of the United States is the Western. This is to distinguish our folklore from that of all of our constituent parts. The Western is not the same as the folklore of England or China or the Iroquois. Even though the places it is set did not, some of them, become states until the twentieth century, long after the Westerns are set, stories of stagecoaches and cavalry and outlaws became the story of the United States, what made us different.

The Western will never really die. How can it? It’s our legend, the story we tell ourselves to make us feel special. 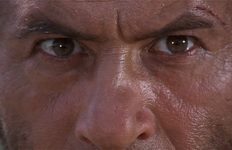 Year of the Month: Son of Griff on THE GOOD, THE BAD, AND THE UGLY→ 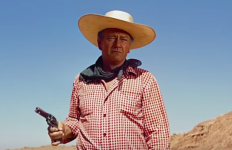 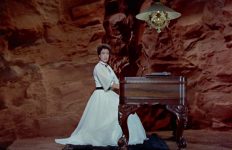 Year of the Month: Sunil Patel on Johnny Guitar→ 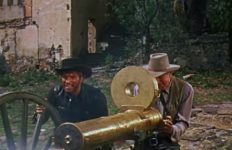 Year of the Month: Miller on Vera Cruz→