For the first time in the series, Episodes 6 and 7 split up a single day between two episodes. Twin Peaks was aired on a week by week basis, with the pilot airing on April 8, 1990, and the Season 1 finale airing on May 23, 1990. Though the story is mostly one day at a time, viewers experienced it one week at a time. With these two episodes, now the viewers are experiencing a single day over the course of two weeks of episodes. Even though there’s a lot of story that happens in the two episodes, the extended length of the episode makes rooms for the scenes to extend out playfully. 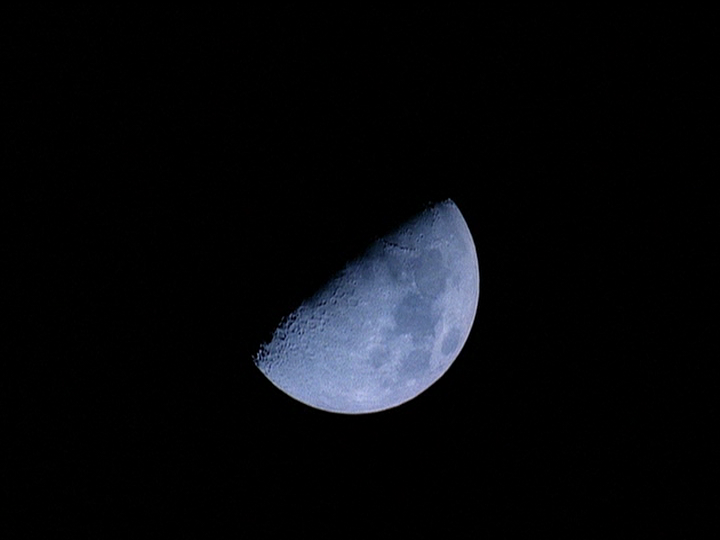 It’s been one week since Laura Palmer died. One whole week. Dale Cooper has only been cutting down the trees that provide the town’s cover for six days. There’s been a lot of activity in those six days: Cooper has uncovered a drug smuggling ring, the two most prominent businessmen have plans to burn down the only source of industry, somebody got out of jail, somebody else was shot, and even a new type of drape runner was developed to be completely silent. And, on the seventh day, a Thursday, God doubled down on everything that came before it. The town is ready to explode, all that they need to do is light the fire.

It’s Cooper’s job to extinguish the fires before they consumer us all. And, that begins with last night’s surprise bedroom guest, Audrey Horne. When we last left Cooper and Audrey, she was clinging for some sort of emotional connection with a caring male authoritative figure in her life. After witnessing Leland mourn his daughter’s death in such a public fashion, she threw herself into Dale’s bed for a night of hot sex and emotional validation. But, Cooper has morals, and despite his own desires (remember the “freshly squeezed” line from episode 1?), informs her that, though Audrey is of legal age, he cannot get involved with a high school girl…especially not a girl so intimately involved with one of his cases (due to his romantic history involving the wife Windom Earle). 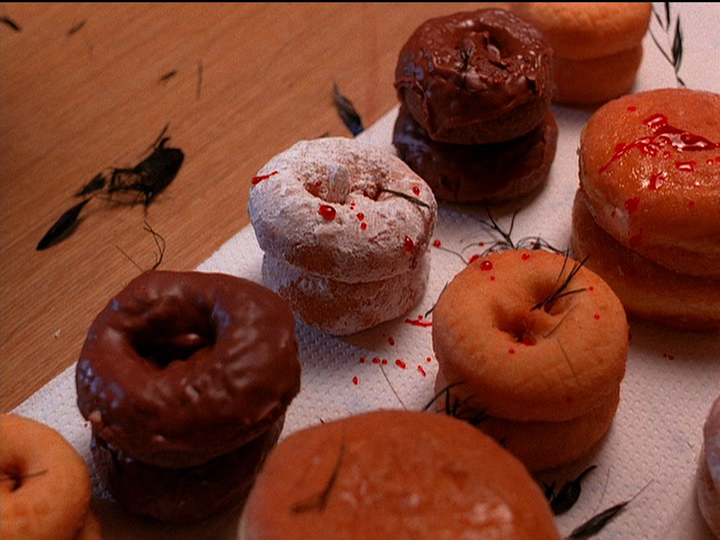 The mystery of who killed Laura Palmer moves ever away from Laura and more into the machinations of a soap opera. Though half of the plot in this episode revolves around the mystery of Laura Palmer, further insight into her life is constrained to a cassette tape and a myna bird. Waldo, the myna bird, had been abandoned in Jacques’ cheapo version of The Black Lodge for days without food, water, natural light, or companionship. He was kept in a golden cage and shuttered from the world while Jacques is working at One Eyed Jacks across the border. But, Waldo holds the last known words of Laura Palmer, what may be a look at her true self. Like Laura, and any human being, Waldo has to feel safe and secure to spill his secrets. Nobody really nourished Laura’s soul while she was living, not in the way she needed to be nourished.

Once Waldo is healthy, he starts spewing Laura’s last known moments. “Laura…Laura…Don’t go there…hurting me…hurting me…stop it…stop it…stop it…Leo, no…Leo, no….” Like Laura, the moment people figure out that Waldo has started spewing secrets, Waldo is shot down in cold blood by Leo Johnson. Everything in this episode is still pointing to Leo Johnson as Laura’s killer, accompanied by Jacques Renaud. 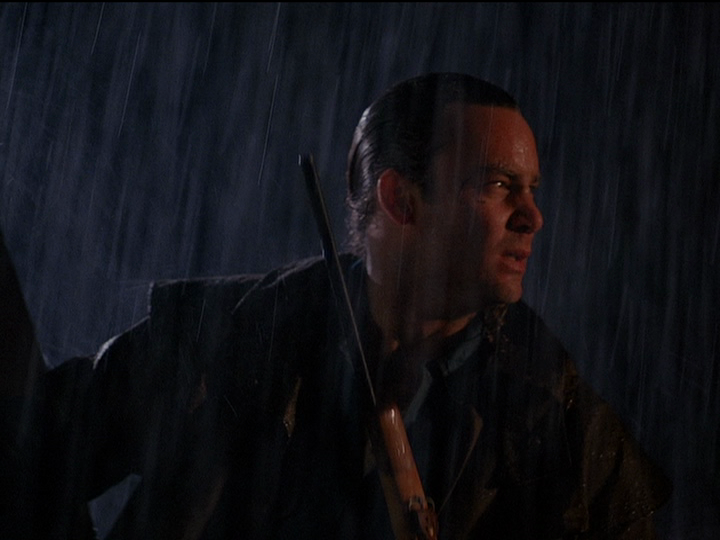 And, why not? It’s not like Leo Johnson is a good person. Having not been deterred by Shelly Johnson shooting him during an altercation, Leo Johnson is stalking his own home to seek his revenge on whomever Shelly has been sleeping with (and probably to retrieve the gas cans for burning down the mill). Of course, Bobby enters the house under Leo’s surveillance and becomes an unwitting target. When Shelly tells him that she shot Leo, Bobby vows to seek vengeance on Leo, and to destroy James by putting the bag of cocaine in James motorcycle’s gas tank because…

Really, Bobby is still pissed that James was going out with Laura Palmer behind his back. But, James allowed Laura to expose another one of her masks without judgement. But, she kind of wanted and needed judgement and somebody to make sense of the world which had been turned so topsy turvy for her. Why was she getting such thrills out of sex when sex was exactly what was damaging her night after night? Who could she trust when the person she should have been able to trust was raping her and the other was doing nothing about it?

James wasn’t an authority figure. He wasn’t demanding, authoritative, or even pushy. He tried getting Laura off drugs, but, as she said in her first tape to Dr. Jacoby, he was so sweet, and she can only take so much of sweet. But, Dr. Jacoby was an authority figure who she liked to torment with her secrets. The tape that Madeline found in Laura’s bed post was just one of the provocations she sent him over the years.

What’s up, doc? Just a few words before I go to sleep. I feel like I’m gonna dream tonight. Big bad ones, you know? The kind you like. *deep sexy sigh* It’s easier talking to the recorder. I guess I feel I can say anything. All my secrets. The naked ones. I know you like those, doc. I know you like me too. That will be my little secret too, OK? Just like your coconut. Why is it so easy to make men like me? And I don’t even have to try very hard. Or, maybe, if it was harder– 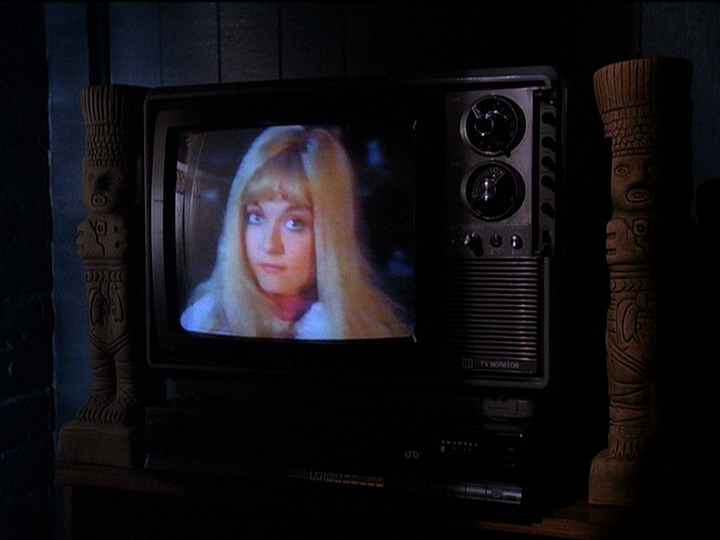 James is one of those men, easy to manipulate. Easy to torment. Easy to dispose. But, he still loves her. And, because Maddy looks like Laura, he loves Maddy too. And Donna. Together, they hatch a plan to distract Dr. Jacoby by dressing Maddy up like Laura and using Laura’s dead spirit to manipulate Dr. Jacoby out of his office. Their idea is to remove him so they can burgle his office after they suspect he has Laura’s last known confession. But, Dr. Jacoby sneaks off to where the trio recorded the video instead of where they want him to go, and finds Maura all alone…but, he’s not the only one who is falling under Maura’s spell. Leland was sitting all alone in his living room in the dark when Maura leaves the house to play her tricks on Dr. Jacoby…

Meanwhile, Audrey Horne is moving forward with her plan to infiltrate One Eyed Jacks. After securing a spot selling perfume at Horne’s department store, she quickly sneaks around and discovers that Emory Battis is recruiting pretty young girls from the perfume counter to work at One Eyed Jacks, and whoring them out to Blackie (Black Rose). Bettis’ latest target is Jenny, who is perfectly fine being a “hospitality girl” as long as the clients are wealthy. Ronette Pulaski had only been recruited that same month on 2/3. 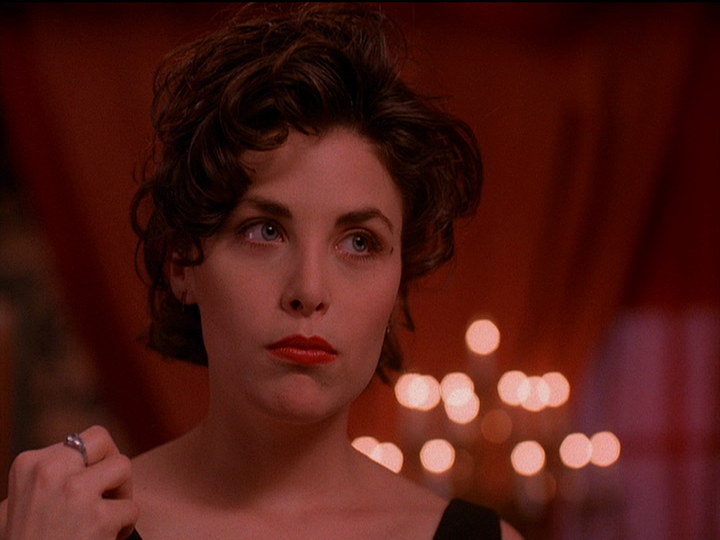 After leaving a note under Cooper’s door, Audrey scores an interview with Black Rose, where she submits an application form/resume…wait…do “hospitality girls” have to submit applications and resumes in order to get positions? I’m sure its a business like everything else, but the mundane nature of having to get hired juxtaposed with the nature of the work is utterly hilarious. Of course, Audrey’s is all made up, including the name Hester Prynne (even Blackie thinks that’s a bit on the nose). But, she secures the position by tying a cherry stem with her tongue. Here’s a Howcast if you’re curious about those mechanics (I still don’t get it, but apparently Shelly Johnson actually knows how to do this even if Sherilyn Fenn didn’t).

Audrey’s not the only one at One Eyed Jacks tonight. The Bookhouse Boys are making their way to Jacks tonight. Using FBI money, Cooper leads an expedition across the border to investigate Jacques Renaud’s and interrogate his role in drug running and Laura Palmer’s death. Big Ed is a Texas gas station owner…er…oral surgeon with a curly haired wig and Burt Reynolds moustache. Cooper gets a luxurious tuxedo and wins at Blackjack until Jacques replaces the previous dealer… 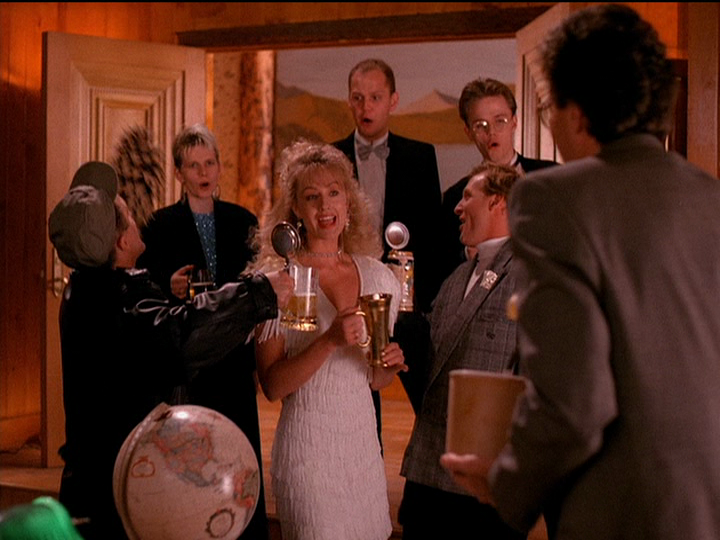 But, wait, there’s more! The Icelanders are still living it up on Ben Horne’s dime, and they love partying. But, they haven’t signed the contract. They even took a tour of the Ghostwood site, where Jerry claims they were worshiping and hugging the big towering pine trees.  According to Jerry, they want to sign the contract at Jacks where they can live it up some more. Even though this was Ben’s idea yesterday morning, he still admonishes Jerry for telling the group about the place. So they all get on the bus to head up…

The mill-burning double cross suffers under all this weight. Harry confronts Josie for spying on people at the Timber Falls Motel. And, Josie concocts the early version of the story where Ben and Catherine are sleeping together and trying to burn down her mill. Last night, this version was perverted when she and Ben met up at The Great Northern, but the viewers bought it for weeks and Harry buys it now. Cooper? Not so much. None of this changes any of the plans for burning down the mill. But, Catherine gets wind that Josie has taken a life insurance policy out on her, and may fall victim to the double cross herself.

Meanwhile, in other cliff hangers, Hank Jennings finds out that Norma Jennings has been seeing Big Ed while Hank was in the slammer. MORE VENGEANCE!! Nadine is super depressed that her patent for silent drape runners was rejected by lawyers. 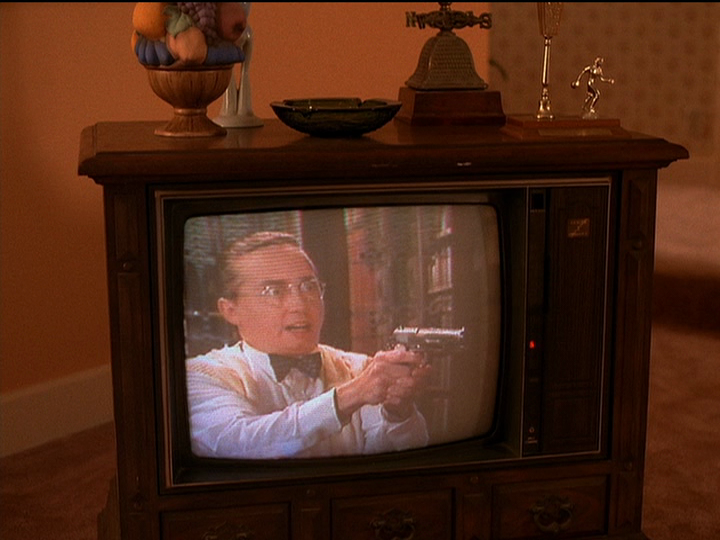 We get two scenes this week!

When we last left Invitation to Love, Montana was beating up poor Chet. This week, following Leo Johnson’s first attempt at snipering Shelly’s lover, Chet turns the tables and pulls a gun on Montana. “I’ll show you, Montana!” Is Leo now changing to the aggrieved lover, whose wife has been stepping out on him? Is he becoming “the victim?”

Later, as Dr. Jacoby is drinking a fruity cocktail, Montana is trying to get Jade, the goody two shoes character, to drink a glass of poison for old times sake. That’s when Maddy, the goody-two-shoes version of Laura, calls up Jacoby to get him to meet her at the corner of Sparkwood and 21. What will happen? Tune in tomorrow for the thrilling conclusion to Invitation to Love. 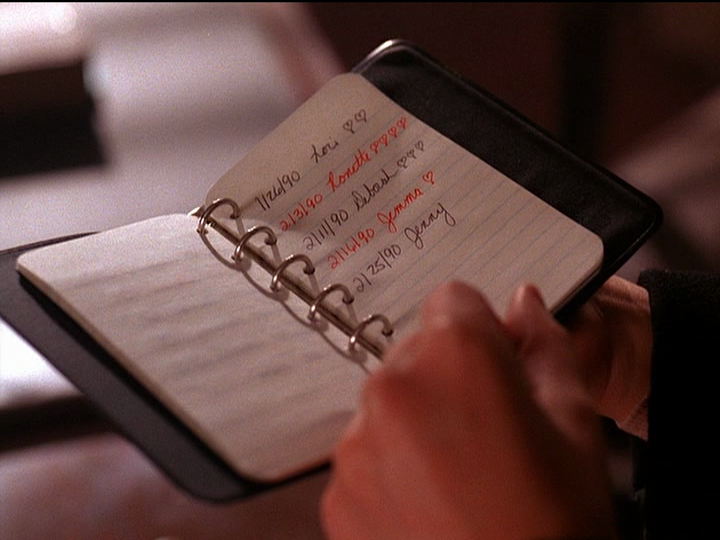