The following contains mild spoilers for Us and Avengers: Endgame (plus major spoilers for last year’s Infinity War).

Both the hit film Us and the mega-hit Infinity Saga (encompassing the Avengers films Infinity War and Endgame) involve the clean bifurcation of the populace into 50% winners and 50% losers. Avengers positions this scenario as the plan of its demented villain. In Us it’s the baked-in way of the world. Us teems with class tensions and confrontations between a literal upper and lower class. Endgame allows its heroes a chance to erase the problem. It’s not hard to guess which is horror and which is fantasy.

About a third of the way into Us, renegade Red reveals to her double Adelaide (Lupita Nyong’o) that each person has a doppelganger doomed to a subterranean existence, never to share the sunshine enjoyed by their above-ground counterpart. It’s an unsettling allegory for the human costs of comforts and luxuries for the more fortunate, whole communities of hidden and ignored pariahs. The world of Us is a zero-sum game where the very existence of a winner creates a loser and the only route to moving up involves bringing somebody else down.

This type of struggle is apparently galactic and Avengers nemesis Thanos has a nifty solution – kill half the population across the galaxy and bring an end to resource shortages. In a rare loss for the Avengers, he enacts this plan at the end of Infinity War and a random fifty percent of all life dissolves. In Endgame the Avengers rally to undo the damage because despite Thanos’s insistence to the contrary, the winner/loser divide in Avengers is not inevitable. It’s a disruptive outside force.

There’s a moment early in Endgame where it appears a wrinkle will be introduced in this battle to restore the status quo. In the five years after Thanos eliminates half the population, Tony Stark (Robert Downey, Jr.) aka Iron Man settles down with Pepper Potts (Gwenyth Paltrow) and has a daughter. They call themselves “lucky” and considering each faced a 50/50 shot at blowing away in the wind, they do number among the fortunate. When Stark discovers there’s a possibility for a do-over, he hesitates to take the chance and put his new family at risk. For a time the nature of this risk is unclear – might he have to choose between a world that contains his daughter and one that restores the missing half of the world? But soon it becomes clear that, no, the risks match typical superhero stakes. To win means keeping everything. The only way to lose anything is to lose the fight and have it taken away.

This is a fantasy notion of sacrifice, that it’s only a symptom of losing, whether it’s on an individual level (i.e. – being killed in battle) or wholesale defeat of your side. Loss and deficit are things doled out by villains and Thanos disseminating it by happenstance is wrong, fundamentally wrong, a situation to be fought and overcome. Thanos’s plan is a crazypants evil one but credit has to be given to its evenhandedness (e.g. he could have snapped away all the Avengers). He seems to gravitate toward the arbitrary nature of an Us-like world of winners and losers. Why doesn’t he use his power to create double the resources rather than half the population? Because there’s already enough resources for everybody on Earth to live a fine existence but we’re still a planet of haves and have-nots. Doubling the resources would widen the gap.

Us also doesn’t ask sacrifice of its main characters – the family literally scrambles to hold onto their lives throughout the film. Adelaide confronts the unsettling prospect that the difference between an “us” and a “them” is the result of pre-existing circumstance, not the work one puts into earning a place in the hierarchy. It’s a system set up and long ago abandoned to run unchecked with no punchable purple baddie to take the blame.

Us strikes me as the much more honest view of a 50/50 world. Avengers offers catharsis but indulges the fantasy that sacrifice means risking something that can be taken away by villainous forces, not giving something up for the greater good.  Any reconciliation between winners and losers is going to involve real sacrifice – real discomfort – on the part of many people. As Us recognizes, that’s a scary idea. 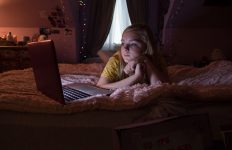