As anyone who’s seen 20th Century Women could guess, music has played a big part in Mike Mills’ life. He played in punk bands as a teenage, used his arts education to work largely in music graphics and album covers, and got into directing by way of working in music videos. But other than his recent stint producing for The National (and accidentally inspiring Taylor Swift albums in the process), Mills has rarely ventured into the making of the music itself, preferring to stay as its interpreter for a wide audience. Except for in 1996, when he briefly joined forces with Cibo Matto’s Yuka Honda and Miho Hatori, the Jon Spencer Blues Explosion’s Russell Simins, and Skeleton Key’s Rick Lee to create Butter 08, the most mid-90s supergroup imaginable. They released one self-titled album for the Beastie Boys’ Grand Royal Records and then promptly went their separate ways. Butter 08 were a shooting star, just as brief and maybe just as majestic too.

Early in 1996, Cibo Matto released their debut album Viva! La Woman (the collagey album artwork was done by Mills). The album received raves, but even the praise couldn’t help but peg Cibo Matto as a joke band, partly due to surface-level observations of their music (most of the songs on the album are named after foodstuffs) and partly due to entrenched racist stereotypes about Japanese women (Entertainment Weekly namedropped Hello Kitty in their positive review of the album). As anyone who’d listen to “Sugar Water” could attest, Cibo Matto were not a novelty. Butter 08, however, are much harder to classify as anything but a joke. The name seems like a knowing taunt of the critics calling Cibo Matto the successors to Weird Al in the culinary-themed music department; “you want a food band so bad, here’s your food band.” And the album’s first and only single is called “Butter of 69”, accompanied by a music video with Mary Tyler Moore references and deliberately tacky outfits for almost every band member. Please remember that that’s a future Academy Award-nominee playing the bass in that wig.

It’s all a very 90s approximation of 70s kitsch, down to Honda’s organ solo (Mills would soon be at the forefront of the 70s kitsch revival with his work for Air’s Moon Safari). It’s also an incredible song, built on instantly memorable hooks from each of the five band members; even with music not being his day job, Mills delivers a killer bassline like he was that other Mike Mills. And the rest of the album is about on this song’s level, if not in terms of catchiness then definitely in terms of wearing its silliness proudly and also executing it with real-deal chops. If these guys are kidding, they’re kidding with far more panache than most “serious” acts.

Butter 08 were understandably sold as the combination of Cibo Matto and Jon Spencer Blues Explosion. But maybe because 100% of Cibo Matto is on this record (200% if you count the guest appearances by future members Sean Lennon and Timo Ellis) next to only 33.33% of the Blues Explosion, the combination leans in one direction. The more Cibo Matto-sounding songs on the album are generally mid-tempo, more funk-influenced numbers, creating with analogue instrumentation the retro-but-not sound that they did with sampling on Viva! La Woman (a move they’d eventually make on their own with their second album). Sometimes, these songs do away with any notions of rock, like the lounge number “How Do I Relax” or the proto-David Holmes electric-keyboard funk of “What Are You Wearing?”. Other times, the threat of a rock song breaking out and disrupting the carefully-constructed good vibes gives the songs an underlying tension. The album closer “Butterfucker” (the only other butter pun on the album) see Rick Lee’s guitar fighting for dominance against a drum machine and both eventually stay as background to Miho Hatori’s cheerful-menacing refrain of “You’re gonna get it, you’re gonna get it now”. The longest track on the album, “Mono Lisa”, begins with lonely Hatori cries over static guitar and organ, and over its 5 minutes picks up speed and eventually erupts into a washed-out jam session with Hatori still struggling to be heard over it. It’s a bracing reminder that Cibo Matto are talented enough that they can and will frighten you, it’s not all cutesy songs about chickens here.

Maybe there only seems to be less Blues Explosion on this record because one’s notions of the Blues Explosion are shaped mostly by Jon Spencer’s Elvis wails. Russell Simins, while a ferocious drummer, is a much more straightforward vocalist; Spencer covers everything he sings in quotation marks, while Simins, if he isn’t being 100% sincere, sings with enough of a deadpan that one could make the reasonable assumption of sincerity. There’s no way “Hard to Hold”, the groovy 70s-pop number with its message to “hold on”, sounds like anything but a pisstake with Spencer singing, but Simins puts just enough soul into his delivery that you want to believe he thinks this is his “Everybody Hurts”. And Simins allows himself to project a vulnerability that Spencer’s hypeman routine would keep him from; only one of these men could even bring themselves to sing “I don’t feel sexy”, like Simins does on “Sex Symbol”.

Even without the man himself present, there are some Blues Explosion-y rave-em-ups present here. Many of them feature Hatori on lead vocals, and she proves herself quite capable of punk screaming in addition to the usual dry absurdism of her vocal performances. But these songs are the weaker ones on the album, as they can seem to blend together next to the always-interesting eccentricities of the slower songs. The notable exception is “Degobrah”, a faux-hardcore number where Simins and Hatori let music video director Evan Bernard take the mic. This is the album’s one out-and-out joke song, the verses screaming incoherent threats at you (lyric websites are no help in deciphering what’s being said, there’s a lot of “(unintelligible)” anywhere I look) and a spoken-word monologue in the middle telling you to ignore everything Bernard is saying because you’re your own person. The indignant tone of Bernard’s voice when he says he doesn’t find much importance in “playing mini golf” is a hilarious takedown of punk’s worst, most self-righteous tendencies, even if he wasn’t intended as the target it should’ve made Henry Rollins sweat a little.

Butter 08’s moment passed almost immediately. Hell, the moments of its component parts passed soon afterwards too, with Cibo Matto going silent for a decade after their second album and the Blues Explosion losing what little connection they had to the mainstream after 1998’s Acme. For his part, Mills seems perfectly happy with his time spent in the company of rock stars, as his (typically arch) design for the album cover is showcased on his website and in both of his monographs. If the album can be carbon-dated to 1996 and every alternative trend of that year, it, like the works of the groups it spun off of, maintains its freshness and spontaneity to this day, a goof-off session executed with a towering amount of skill. 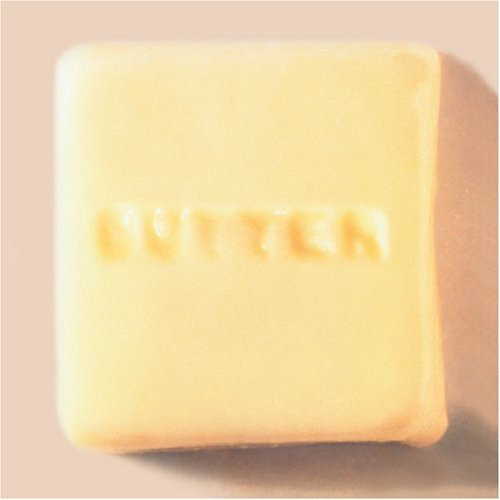