“The Teenage Mutant Ninja Turtles are a street gang,” Hannah Gadsby says in her latest special, “and, weirdly, that is not my issue.”

I won’t spoil what her actual issue is, in case you haven’t watched Douglas, but it’s been more than thirty years since the Ninja Turtles hit TV screens (the cartoon was in 1987, the original black-and-white comic 1984), and four characters that started as goofy jokes are still so ubiquitous that comedians can go to them for a punchline and not have to explain them for a second.

This is more unusual than you’d think: dozens and dozens of kids’ franchises come and go without any lasting impact, and more still are remembered only as nostalgia properties (Captain Planet, which started in 1990, comes to mind). Very few reach the success of the TMNT, with several successful comic runs, a role-playing game module, video games, several television shows, a live-action stage show, and two film franchises (plus a one-off CGI movie with Chris Evans, Mako, and Sarah Michelle Gellar, among others).

In 1990, the Ninja Turtles had the kind of runaway success that was more associated with flash-in-the-pan phenomena like the Cabbage Patch Kids and Tickle Me Elmo, things that took over the world and then faded just as quickly. There were already two comic runs (the erratically published black-and-white original and a color comic published by Archie), the TV show, a popular, maddeningly difficult video game, and merchandise. (So much merchandise. Action figures were just the tip of an iceberg with food, clothing, lunchboxes…) When work began on the original movie, there wasn’t any certainty that the characters would still be popular on its release date, much less popular enough to support two sequels. This movie was a big swing, and a hit—for many years, it was New Line’s biggest.

It’s also a pretty damn good movie. Roger Ebert, in a famous moment of damning with faint praise, called it “probably…the best possible Teenage Mutant Ninja Turtle movie,” likely without knowing how true it was. The original TMNT comic started as a violent satire of Marvel Comics (with their origin playing on Daredevil’s own origin story), and stayed bloody even as the cartoons changed their adversaries to robots and color-coded their bandannas. The two incarnations of Leonardo, Michaelangelo (the original spelling, a typo that got changed much later), Donatello and Raphael had similarities, but only one version was obsessed with pizza and one-liners.

The producers could easily have played things safe and stayed as big and broad as the cartoon. Instead, they went (if you’ll pardon the expression) darker and grittier, choosing to make it a kid-friendly movie through its pacing, humor and plot rather than forcing every element to be broad and silly. Teenage Mutant Ninja Turtles is still a deeply silly movie, but the jokes come from characters and premise, not a forced sense of levity. Its plot mashes together some of the most familiar elements of the comic and TV series (April is a reporter, as in the show, giving her a more streamlined entrance into the Turtles’ world and secrets, but the movie also gives Splinter his original bloody origin story) and introduces a few new elements (mostly notably the redemption arc of Danny Pennington, the morally conflicted son of April’s boss). The movie also grabs setpieces and scenes straight from the comics; a good call, as the three-issue arc that burns down April’s brownstone and sends the cast to a farm in the country is one of the series’ best, and gives the movie some of its most memorable scenes. Watching it as a comics reader had that rare and thrilling feel of seeing something you’d read come alive.

I discovered the Teenage Mutant Ninja Turtles in one of the glossy preview magazines that were popular in the ’90s. I couldn’t tell you what got me intrigued, but the contrast between the busy, violent black-and-white panels and the broad comedy they were reaching for in the cartoons was enough to get me interested in both. I was reading newsstand copies of Excalibur and What If? and whatever else struck my fancy, but the Ninja Turtles were what really turned me into a fan, for good or ill. I ended up mail ordering my first indie comics from New England Comics, and thanks to their dense, delightful catalog/newsletters, I pre-ordered the first volume of another black-and-white indie made good, The Tick. From there came the local comic book store when it opened up, The Sandman, and a lifetime in and out of reading indies, Marvel, DC, and, now, webcomics. That goofy cartoon and those bagged and boarded issues from NEC, were the start of an adult comics habit I’ve never really shaken. I still have two longboxes full of “floppies,” even after several moves, paring the collection down multiple times, and mostly moving to trades for new purchases.

I was one of the skeptics when it came to the film adaptation of Teenage Mutant Ninja Turtles. As a teenager, I’d already seen plenty of terrible adaptations of things I loved, and the cast of mostly unknowns—and Corey Feldman, on the wane from his teen idol days—didn’t give me a lot of hope either. What did give me some optimism was the involvement of the Henson Creature Shop, the publicity stills (as time would tell, getting decent-looking live-action humanoid turtles wasn’t as easy as it looked), and honestly, just adolescent stubbornness.

I can’t remember if I saw it in theaters; probably not. My parents didn’t make it to the movies that often, I was too young to drive, and I was the only person in my tiny friend group who shared my obsession. What I do remember, clearly, is watching it on video, so many times I can still quote chunks of the dialogue. (So many times that my immediate association with “José Canseco” is not “Oakland” or “steroids,” but “tell me you didn’t pay money for this.”) To its credit, the damn thing holds up pretty well. It still doesn’t always hit the right tone between comedy, drama and camp, some of the character development is rushed, and I’ll go to my grave complaining about the switch to make Raphael, not Leonardo, the brother who gets beaten to hell by the Foot.

But the movie recognizes the core appeal of the Ninja Turtles. They are broadly drawn and easy to identify with, with a range of hobbies and quirks. They do cool things, eat lots of pizza, and can win just about any fight. They are also isolated, lonely, and forced to hide themselves from the outside world. These are the kind of traits that make a pop culture juggernaut, especially with kids and teens who might feel isolated or weird — and just about every kid does, sometimes. The movie is wise enough to not force an adult’s ideal of coolness onto the characters or their lives — they’re not edgy, aside from Raphael’s anger and general prickliness. They’re just who they were in the comics and cartoons: fun, energetic, sometimes kind of dorky. The TMNT weren’t made by a focus group; they were made by two comic artists putting cool things together and having fun, and that energy was key to the comic’s early success. I think the willingness to just let the characters be is key to keeping Teenage Mutant Ninja Turtles, the movie and pop culture phenomenon, going.

When I realized that The Solute’s Year of the Month was 1990, I jumped up to claim this film like Jennifer Lawrence volunteering as tribute—or maybe, more accurately, like my fifteen-year-old self excitedly opening my first package from New England Comics. The Ninja Turtles, in some weird way, will always be home to me. When the cartoon debuted, I was already a prickly, weird kid with weird hobbies, and liking the Ninja Turtles at least three years after aging out of the target market (if I’d ever been in that target market at all) was just another brick in the wall of my terminal uncoolness. By the time the second movie came out — less carefully written, campier, and prominently featuring a Vanilla Ice dance sequence — I was old enough to leave the live-action movies behind, and mostly watched that and the third (Turtles in Time, a movie that would’ve made a lot more sense if they’d just pulled in Renet) for curiosity’s sake. I still haven’t seen the Michael Bay ones. I’ll get there, someday. Probably. The IDW comics are by all accounts very good, and I’m probably more likely to get to those at some point. But nothing new will beat those old memories: of discovering Elias Koteas* for the first time, of watching that apartment fight, of reading the latest issue of the comic over and over in my room.

It’s been strange, but not all bad, to watch a juggernaut outlast its initial burst of hype, and it must have been stranger still for those few thousand readers who bought those first black-and-white volumes. Seeing new kids go gaga over the current versions of the TMNT, as well as watching them fall for side characters and guest stars like Karai or Stan Sakai’s Usagi Yojimbo, is like the gratifying feeling you get when your new friend likes your old friends as much as you do. Not bad for a comic that started in someone’s garage.

Since the runaway success of the movie, there have been a few retrospectives worth reading, including one from The Hollywood Reporter and The Ringer’s oral history.

No, you didn’t dream the Barbara Walters interview, but it was made in 1991 to promote the second movie.

Final proof that the Ninja Turtles are ubiquitous? Ask someone who their favorite is. Most people have an answer.*

*Not everyone has the correct answer. 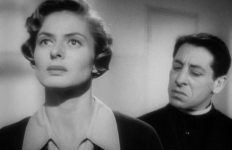