Earlier this summer, I did an unintentional double feature. On Saturday night, I watched Boyz N The Hood for the first time. And, on Sunday, I watched Boyhood. In the middle of Boyhood, I was struck by the similarities between the 2 movies, and how those similarities mark their differences. Boyhood and Boyz N The Hood present two mirror images of America. Both are about boys coming from broken homes with parents too young to stay married. Both are about boys coming of age in neighborhoods that reflect their race. Both are about boys whose mothers are educated and are going to school to better themselves. Both deal with domestic abuse and the urge for teenage rebellion. Both are about first loves. Both conclude with the the lead headed off to college. But, the movies couldn’t be more different.

I fell in love with Boyhood, largely because I could identify with Boyhood on a few different levels. Mason lives in a largely white society that has the privilege of ignoring race and racial relations. Sure, Mason had his trials and tribulations, including alcoholic and abusive stepfathers, teenage rebellion, being an “outsider,” but none of them stemmed from his racial status as a white person. The society in which Mason grows up is reflective of the society in which I was raised.

You see, I’m privileged. I’m also Hispanic, on my father’s side. I think my Grandmother was first generation, and my Grandfather was an immigrant who eventually chose to return home. My grandparents raised their brood in a very small, very working class, and very white neighborhood in metro Detroit. My grandmother never moved from the small 2-bedroom house in which they raised their children, so I got to see both the neighborhood and the house of my family’s humble origins. My father apparently spoke Spanish exclusively until Kindergarten, but now only speaks English due to the trauma of not being able to communicate in school.

My grandparents raised their kids to emulate the dominant white culture in order to pass in society. This had a wide range of results from having an aunt go career in the US Air Force to having an uncle who had a big green conversion van that had a Mexican flag hanging off the rear view mirror while he listened to American country music. No, I’m not kidding, and no I cannot make up that contradiction. Even though my grandmother listened to Mexican music, and everybody in the family would go shopping in Mexicantown (a village in Detroit proper), most of us were completely Americanized.

In my high school, I was the only Hispanic in any of my classes. There may have been Hispanics in other classes, but I never noticed any. There were three black kids, in my high school. One was a football player who was a year ahead, but was in the same math classes I was (he wasn’t a dumb jock, I was just a year ahead in math). The other two were a pair of sisters who were two years behind me. Through my senior year, I had witness more homophobia than racism, but the sisters changed that. While I was hanging with them, they made the comment that I was one of the only people who was nice to them in my high school. They saw this being largely due to them being black. I was floored. My view of race in America would expand as I moved on to college and then to a bigger city. But in self-segregated white suburban America, my views on race were incredibly sheltered…even as a Hispanic in a white school.

Which brings us back to Boyhood. Boyhood presents a white reality that exists in America. This is an America where white people can go about their daily life without seeing a black person except maybe in a commercial, hear about a black celebrity, or interact with anybody who isn’t white. Last week, Imran Siddiquee commented on Boyhood in The Atlantic, saying that it was not as universal as the critics had been calling it, and commented that it largely ignored racial issues. She’s right on both points, but she’s attacking the wrong perpetrator.

Siddiquee is saying that Boyhood is not universal because it ignores those things, but, in turn, Siddiquee is ignoring that this reality exists in America. Segregation exists in America. Not in the coded by law terms of the 1950s, but in a more self-applied fashion. Boyhood reflects American self-segregation without making a comment on it. Siddiquee noticed the racial “differences” in Boyhood through the Hispanic worker and black professor. She lamented that more race wasn’t introduced more thoroughly into Boyhood and that it was introduced wrongly. But, she doesn’t understand that many societies are, largely, still self segregated, even through subconscious means.

In metro Detroit, for the longest time, the races segregated into their own neighborhoods. Whites moved out of the black neighborhoods in Detroit. When blacks moved out of Detroit, they tended to move into suburbs where blacks were majority. I have a white friend who went to high school in a not-poor suburb about 10 minutes away from where I grew up, and she said she was the only white kid in her black-majority high school. Dearborn, which is also 10 minutes away from the both of us, has a 40% Arabic population, one of the highest concentrations in the US.

When I was growing up, my family occasionally got together with my second cousins. They lived in the metro Detroit area, but we didn’t see much of them. They were Cholos, and proud of it. They spoke both Spanish and English (I and all of my first cousins either didn’t speak Spanish or had to learn it in high school), and were generally outfitted in a broadly typical Cholo-esque style when they would visit. The chasm of difference between them and my first cousins was wide and spoke to the racial difference of America, even though they had the same familial backgrounds as me and my first cousins. While my father and his siblings moved to white dominated suburbs, their families had flocked to Hispanic-culture dominated suburbs.

If Boyhood ignored racial difference in America because of self-segregation, Boyz N The Hood trounced on it 23 years prior. Boyz N The Hood is just as segregated as Boyhood, but we’re shown a poor black neighborhoods instead of a series of lower-middle-class white neighborhood. Boyz N The Hood is completely focused on race and racial difference, because black people have to deal with that on a daily basis. Even though Tre and his friends live in a black-majority neighborhood, they still have to deal with white culture constantly. Whether it is white billboards, white television, white politicians, or even white mass media, whiteness cannot be avoided in America.

America is 72% white, according to the last census. There are only 12% African Americans. There are more Hispanics than African Americans, with Hispanic topping out at 16%. Yet, as a Hispanic, when I’m not surrounded by white culture, I’m surrounded by black culture. The main exceptions to this are John Leguizamo, Robert Rodriguez and Michelle Rodriguez (OMG, give that woman more and better work!!). And, as a mostly gay man, I’m constantly surrounded by hetero culture.

Boyz N The Hood reflects the surrounding presence of white dominant culture, even in a black-majority neighborhood. You cannot escape it. Racial difference is a thing. When a white person lives in a white majority neighborhood with white friends and surrounded by white media, minorities become othered. Not through a conscious fault of their own. This is just the way America is structured. Minorities are placed in the background of a white media society. But, when a black person lives in a black majority neighborhood with black friends, they still see white media all over the place. Racial difference is constantly emphasized and re-emphasized.

Throughout the course of Boyz N The Hood, Tre is taught about the realities of racial difference through lessons from his father. In the famous billboard scene, Tre’s father teaches why the black community feels downtrodden and oppressed, and who has the power (though, I’m highly amused that he includes the Mexicans as owning shit). Mason, due to his whiteness, doesn’t view the world in that manner and isn’t taught to think in such Us vs Them realities because when he sees the poor and downtrodden, he sees white people, and when he sees the rich and powerful, he sees white people. 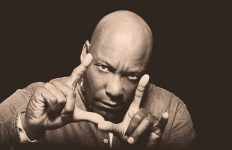 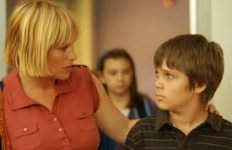