Growing up hetero, teenagers are encouraged to delve into romantic entanglements of all sorts. From Romeo and Juliet through 10 Things I Hate About You, straight teenagers are bombarded with instructional stories about falling in love and getting your rocks off. Whether filled with Do’s or Don’t’s, teenage stories have historically been about the lusty libidos of the post-adolescent heterosexual.

For my generation, the most accessible of these storytellers was John Hughes. The God of upper-middle-class suburban white teenage angst made films of white privilege where girls could chase after boys, boys could chase after girls, and everybody was free to sexually harass each other without getting cosmically punished by some deus ex machina. OK, that last part may not have aged so well, but John Hughes made weirdly antagonistic films about privileged straight white people but never made a movie about a privileged gay white teenager.

Growing up gay, teenagers struggled to find themselves. Sometimes we’d find ourselves in the side bars of a hetero-led movie (Mean Girls, Saved!). If we were lucky, we’d discover the twin British teen comedies Get Real and Beautiful Thing, two essentially identical movies about impoverished teen boys falling in love and worrying about staying in the closet. Or, if you’re a girl, maybe you found But I’m A Cheerleader. We never had a John Hughes film to call our own. We never had a wide-release multi-million-dollar production full of white privilege, sitcom storylines, and shallowly-complicated kind-of-shitty characters. Until now.

Love, Simon is a coming out story told in the style of John Hughes. Simon is an upper-middle-class semi-wealthy white male suburbanite with a Benetton Rainbow collection of friends. He’s a male Molly Ringwald, with one new twist: he’s gay and closeted. There are at least two other gay boys at school: a nelly with a sassy tongue who can’t help but be out and a mysterious closeted gay boy who writes about his closeted homosexuality on their local highschool version of PostSecrets. To the masc4masc Simon, that latter option presents a path for connection even as it might pull him out of the closet.

Being gay in a conservative suburban high school presents a lot of pressure to remain in the closet (at least until you get into college). There are bullies looking to beat or humiliate the different into conformity. There are the social pressures of having to find romantic entanglements to seem emotionally mature. And, there are the shitty things one does to cling to the closet because you’ve already painted it lavender and lit the candles surrounding your Rocky Horror posters. It’s so cozy! Why can’t I just stay here until the coast is clear?

Simon’s secret is discovered by Martin, a shitty teenage geek who blackmails Simon into manipulating his friends so that Martin can hook up with Abby. Isn’t this such the John Hughes movie? Shitty teenagers, secret pen pals, cloistered secret desires? Oh, *swoon*. The best part is that Simon gets to be a shitty teenager just like everybody else. OK, so his friends are a little TOO perfect, but Simon gets to be a flawed gay white privileged teenager AND a lead character.

This movie worked for me in ways I wasn’t expecting. After having been shockingly offended by Hughes’ “masterwork” Sixteen Candles for its sexual assault, manipulation, racism, and general offensiveness, I wondered if maybe I was just too old for the genre. Maybe I grew out of it. I went in to Love, Simon with trepidation that this would be a dull or trite emo teen movie. And, it was. But, it was a well-made perfectly John Hughes-ian dull and trite complicated gay teen comedy full of suburban privilege that I had never gotten to see when I was growing up. This is a hole in the cinematic landscape that has finally been filled. It may not be my usual scene, but dammit, this is what I would have needed when I was 12 (by 13 I was already craving Quentin Tarantino). 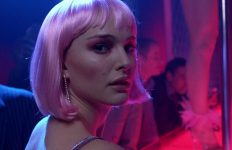 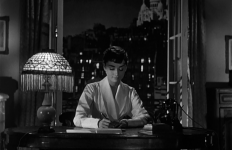 “It’s All In The Family”: Tom “Vomas” Morton on Sabrina→ 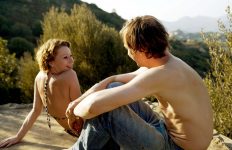 Year of the Month: Adriano Ferreira on Everyone Else→