At the risk of sounding entirely too superficial, it was about halfway through Tom McCarthy’s new film Spotlight when I was looking at Michael Keaton’s face and thought, “He looks old.”

Okay, that’s more than a little unfair to Mr. Keaton, who, at 64, looks better than I probably will when it’s 2056 and Archduke Trump the Third has declared war on the goat-singers of Alpha Centauri, but for some reason the lines of age and weariness, and the thinness of Keaton’s remaining hair, struck me more deeply than they had in last year’s Birdman. Why was this standing out to me? Quickly, my aesthetic brain kicked into place and I recognized that it was because Birdman took place in the dark and dingy backstages of New York theatre, while Spotlight was, more often than not, set in the overly bright, florescent-lit bullpens and offices of the Boston Globe.

This is illustrative of Spotlight‘s overall tonal approach to its subject matter.

Spotlight is the true story — which began to coalesce in the summer of 2001, but whose roots were planted much, much earlier — of a small team of Boston Globe reporters who began to investigate child molestation allegations against a local priest, and ended up blowing the lid off of decades of systematic worldwide corruption in the Roman Catholic Church.

The Spotlight team, as its leader Robby Robinson (Keaton) points out to inquisitive new editor Marty Baron (Liev Schreiber), are methodical workers; they can spend months simply searching for a story, before launching long-term deep investigations that could take up to a year to complete. The other three members of the team — Mike Rezendes (Mark Ruffalo), a high energy workaholic with an awkward but ingratiating manner, Sacha Pfeiffer (Rachel McAdams), who still goes to church with her grandmother every Sunday, and family man Matt Carroll (token non-famous star Brian D’Arcy James) — are, like Robby, true journalists: pure professionals who dig for a story with every mean at their disposal. They interview the victims of childhood rape, scavenge through the press releases and directories of the Church for implicit clues about corruption, and file lawsuits to unseal court documents that were hushed up years ago by the Church, the police, and the Massachusetts legal system.

The stories that find are horrifying. One sequence, very effectively cut by director Tom McCarthy and his frequent editor Tom McArdle, shows Rezendes and Pfeiffer separately meeting with two adult survivors of abuse. The two men could hardly be more different. One survivor, Joe (Michael Cyril Creighton), is a talkative man who showed up to his meeting an hour early and discusses his abuse with words that are clearly marked by pain, but is willing and ready to discuss what happened to him; he goes with reporter Sacha on a walk around a churchyard while telling her how, as a preteen, his neighborhood priest met him privately, told him he knew Joe was gay, and lured him into a sense of security, before stripping and raping him. Though undoubtedly traumatized by his memories, Joe seems to have found a kind of personal acceptance, and is even able to point out with dark humor some of the ironies of his situation. While Pfeiffer interviews Joe, Mike Rezendes meets with a young man named Patrick (Jimmy LeBlanc) who begins by being standoffish, uncomfortable, clearly holding a lot of impotent anger, and unwilling to use his name in the story. His arm is marked and scarred with the effects of the heroin needle, and one gets the sense that Jimmy is not unfamiliar with courtrooms and lawyers’ offices, though perhaps not as the plaintiff. But over the course of relating his sexual abuse at the hands of a priest, with Rezendes listening and taking notes, Patrick turns from impotent anger to directed action. By unburdening himself of his ordeal, Patrick feels newly confident, and leaves the meeting with Rezendes telling him to print his full name in the story, in the hopes that Rezendes and the Globe will corner and destroy those who did this to him, and up to a thousand children in the Boston area.

I’d venture to say it’s impossible to hear these stories and not be cut right to the bone, though for the most part, Spotlight is less concerned with the victims and their trauma (nor the abusers and their pathology; one interesting scene that feels like it could have been the basis for a whole other subplot that got dropped features McAdams’s Pfeiffer speaking to a former priest who seems more embarrassed than guilty about the rapes he committed) than it is concerned with the work and processes of journalism — the dynamics of interviewing reluctant subjects, the subtle dance of barging your way into someone’s office without getting kicked out, the poring over of old depositions and forgotten news articles, the decision of whether to run an unfinished story before everyone else gets to it or to continue developing while risking a backlash; these are what Spotlight is really about.

Which brings me back to Michael Keaton and the overly-lit lines on his face. It’s not that Spotlight is a glamorized or unnecessarily shiny movie (it’s not) but it certainly bathes its subject matter and plotlines in fluorescent office lighting, both literal and figurative. And supported by McCarthy’s crisp and unflashy direction (not a demerit, just a fact), Spotlight tells this story primarily through the lens of professionalism rather than internal meditation or spiritual horror. This is not to the film’s detriment, but it is simply what the film is.

As can be expected from a film directed by a former actor, the performances of the ensemble are quite strong all around. Mark Ruffalo, an actor of great skill and talent, maybe leans a little too hard into a pseudo-autistic voice and tics in a few early scenes, but is otherwise excellent, and a late in the movie scene where he talks about Catholic faith feels far more genuine than those earlier scenes feel inauthentic. Michael Keaton, in what is perhaps a “first among equals” position among the cast, likewise has a great end of the movie scene, played opposite veteran character actor Jamey Sheridan, that needs to be seen to be appreciated. The bit players and smaller roles, particularly by the actors playing the abuse survivors, seem to me note-perfect. But my favorite of the cast was actually Liev Schreiber as Marty Baron, the new outside editor brought in from Miami and viewed with skepticism by the native Bostonians. Nearly everything Schreiber’s character says is clearly not what his character feels or is thinking — sometimes he’s politely insincere, sometimes he’s underselling in order to stress his point quietly — but one never doubts what is on his character’s mind. It is quite the balancing act, but Schreiber does it without drawing undue attention to himself, and comes off as the most real-feeling of the starring cast.

If you have a decent soul, Spotlight should justifiably sicken you at points, but the overall tone is not one of disgust, nor even of righteous fury, but of diligent focus and professional precision. 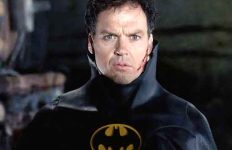 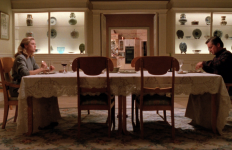