People generally use ‘character development’ one of two ways: either they mean that the character changes over the course of the narrative, or they mean that the character has a wide array of traits and details that complicate the idea of them in your head. Personally, I prefer to use ‘character development’ to refer to a character evolving and ‘character depth’ to refer to complexity of character. ‘Character depth’ can itself be divided into two categories: a range of behaviours and impulses that complement and contradict each other in interesting ways, and backstory that informs the character’s behaviour in the present. Interestingly, this kind of writing is usually associated with prestige dramas – for example, in Tony Soprano, we have both the combination of violent mob boss behaviour with his panic attacks and backstory details like his emotionally abusive mother and the fact he committed his first hit at twenty-two – I find that it’s an approach that thrives in comedy. 30 Rock must be the grand master at mining comedy out of both kinds of character depth; every episode is, of course, littered with examples of one-liners riffing on the absurd and absurdly complicated backstories of its characters, from the causes of Liz Lemon’s sexual hangups to Kenneth’s conservative Christian hillbilly home town to Tracy Morgan’s tragic upbringing (“I once saw a baby give another baby a tattoo! They were very drunk!”).

But it also has one of my favourite characters in Jack Donaghy. In a lot of ways, he’s a liberal fantasy of a conservative enemy, genuinely believing in capitalism’s ability to inspire innovation and improve the lives of Americans. That’s already fun just to watch him go – looking at backstory again, he genuinely worked his way from to bottom to where he is, and many plots involve him tinkering with ideas to try and make them as effective as possible – but he adds the interesting wrinkle of bringing those same ideals to the idea of friendship; he essentially enters the series declaring himself Liz Lemon’s friend now, and he tries to share advice and tools with his mentee and his crew with an honesty that can lead him to admitting when he’s failed or was even wrong to try – he’s extremely judgmental and yet weirdly accepting of the weirdness of others. It means he has a singular drive that both makes him fun to watch on the face of it and a really funny comedic partner with Liz Lemon, who lacks his ideological certainty and self-awareness. He’s sometimes a jerk but he’s usually happy with himself.

What are your favourite examples of character depth? 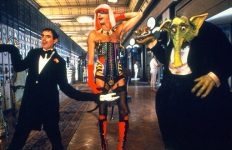 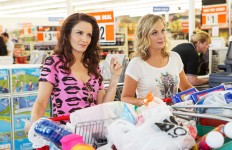 Tina Fey and Amy Poehler are SISTERS, Are Going to F Some S Up.→ 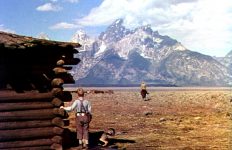