Browse: Home / Year of the Month: “To the Outerzone” – MILLIONS NOW LIVING WILL NEVER DIE

“Almost as soon as ‘rock’ consolidated its identity in the late Sixties, there’s been post-or avant-rock; for decades, a post-rock continuum has been running in parallel with the mainstream. And when the mainstream gets dull, people’s attention starts to drift to the outerzone.”  –Simon Reynolds, “Tortoise: Shell on Earth”

Tortoise, Millions Now Living Will Never Die fits rather comfortably in the middle of a trio of important post-rock records, bookended by Stereolab, Transient Random-Noise Bursts With Announcements (1993), and Broadcast, The Noise Made By People (2000). Each of these records has a recognizable sonic architecture that deviates from and goes beyond standard rock forms. Transient Random-Noise Bursts: French ye-ye pop. Noise Made By People: cooled-down British spy-film soundtracks. The instrumental Millions Now Living starts with dub (i.e. reggae songs deconstructed through remixing them) and then keeps changing, guided by a spirit of improvisation from avant-garde jazz.

Studio improvisation, of course, can have further layers of production and post-production. Thanks to extended time for rehearsal, the members of Tortoise, a collective of musicians from experimental (Bastro) and subversive (Eleventh Dream Day) rock bands in Chicago, had an intricate roadmap for each song. Even after just the first listen, Millions Now Living sounds like an impressive demonstration of how an overflow of ideas across musical genres can be studio-shaped into coherent structures that never feel too prefabricated.

In rock music, there has long been fascination with accidental moments captured in the studio. And for whatever reason, studio accidents do age rather well. Listen to any classic Beach Boys or Beatles record and you can find yourself, almost unconsciously, drawn to the unplanned moments, such as studio chatter, instrumental bleed through, and flubs and false starts.

In Millions Now Living, the full title taken from an evangelical-religious essay, there is a much greater commitment to chance that pushes the music past a strictly rock aesthetic, while building an emotional force created through the communal-vibe of musicians working in the studio. And, I can tell you firsthand, it’s work. To not sound terrible. To not sound (which would be even worse) cliché.

But the ghostly glide of the record does sound effortless, and the musicians often seem to act as if they’ve fallen head over heels in love with this illusion. Not that they’d ever claim that they were the first to discover any of this. Millions Now Living points directly to the influence of Krautrock. We could go on at length about Krautrock bands like Can, Faust, and Neu! (for more information, you should talk to your friendly expert who works at the local record store); suffice to say that their songs had a restless groove and their minimalist hooks pulsed with rhythmic energy. Listen, for example, to “Sing Swan Song” (1972), by Can, and then imagine how Tortoise would’ve used it as a blueprint.

The first time I heard the melancholy, Can-like opening figure of “Glass Museum,” from Millions Now Living, was a moment that has stuck with me ever since. Sustained guitar chords cap off nearly every measure, as if to allow for a quick moment to collect your thoughts. Three minutes in, however, the song suddenly changes course. The guitar shifts to a harder staccato riff, while the rhythm section lets loose, driving the song forward and building tension, until, with another sustained guitar chord, the song returns to the opening figure.

The philosophy of Tortoise, bassist Doug McCombs said in a 1996 interview, was to “always keep ‘em jumping!” It’s as if they dare you to keep up, as you encounter one swerve after another. The design of the opening track, “Djed,” sounds off-putting to be sure: a 21-minute continuum of fragmented Krautrock motifs. But when the drums kick into a motorized beat, it feels like a carefree ride on the autobahn. Then you crash into a gigantic audio drop-out that will have you running to check your audio equipment to see if it’s working properly. Out of this wreckage, a hypnotic melodic pattern surfaces.

Another audio illusion underpins the closing track, “Along the Banks of Rivers.” You’ll think you’re hearing a guitar twang out an imagined theme to a surfer-espionage thriller, but what’s actually being played is a six-string piccolo bass. The notes, when played on this type of bass, have a slightly different attack and decay than if played on guitar.

Music that sounds just off-center, like an unbalanced composition in film, makes you focus on different things than you would normally. Millions Now Living gets you to pay attention by taking such interesting chances. 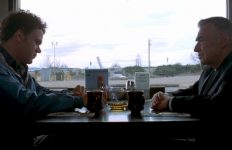 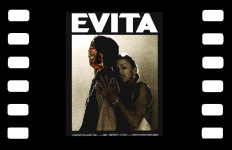 The best original songs of 1996, according to the Academy (Year of the Month)→ 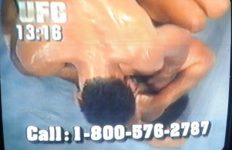 1996: Year of the Vidmark Previews by Miller→