Browse: Home / Film on the Internet: AIRPLANE II: THE SEQUEL

So you need some laughs but you’ve already seen Airplane! a thousand times. Your best option is to watch that movie a 1,001st time, it’s a brilliant comedy with new gags to uncover after multiple viewings and classic ones so good you begin chuckling anticipating them. But suppose you want to watch something new. Or sort of new. Suppose you want to watch Airplane! but have different lines come out of the actors’ mouths at least 60% of the time. You may be excited to learn that Airplane II: The Sequel is… not a complete waste of time?

The movie borrows liberally from the plot of the first film – which had already borrowed liberally from Zero Hour and the Airport movies – with the added twist that the airplane is now a shuttle to the moon. The first Airplane! is not without dumb humor (“They’re on instruments!”), but by first hitting a string of great jokes for nearly an hour these sudden dips to basic puns become hilarious after the humor wheel has been thoroughly greased. The Sequel flies at this lower altitude for much more of its run time, but the handful of inspired gags rank with the good ones of the original. It parodies the Star Wars opening crawl earlier and better than Space Balls, has a hilarious headscratcher of a gag involving a dog being violently disallowed from boarding the shuttle, and finishes with an extended cameo from a beloved ham who recalls the earlier film’s subversion of the onscreen personas of Peter Graves, Leslie Neilsen and Lloyd Bridges.

The Sequel was made without the involvement of writing and directing team of Zucker-Abrams-Zucker (they would return to the big screen with the hilarious, if less appreciated, Top Secret!) but the vast majority of the cast, down to the memorable minor characters, would reprise their roles and steal a decent number of their own jokes from the original. It’s a strange fan letter to its better version, though maybe the recycling was less noticeable in 1982 when home viewing was uncommon. Ironically, one of the few original actors missing out is Neilsen, busy with ZAZ on the Police Squad! TV show, though he would never miss an opportunity to do a questionable parody again.

The Sequel lacks the novelty of the first, has generally poorer timing, too often relies on tasteless ethnic stereotype gags… I just talked myself out of it. Just watch Airplane! again.

Airplane II: The Sequel is available on various streaming services including Amazon Prime. 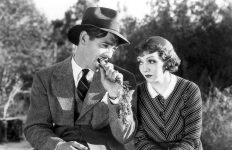 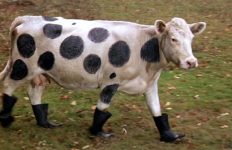 The TOP SECRET! of Success (Year of the Month)→

What the F? Babalugats on DISASTER MOVIE→